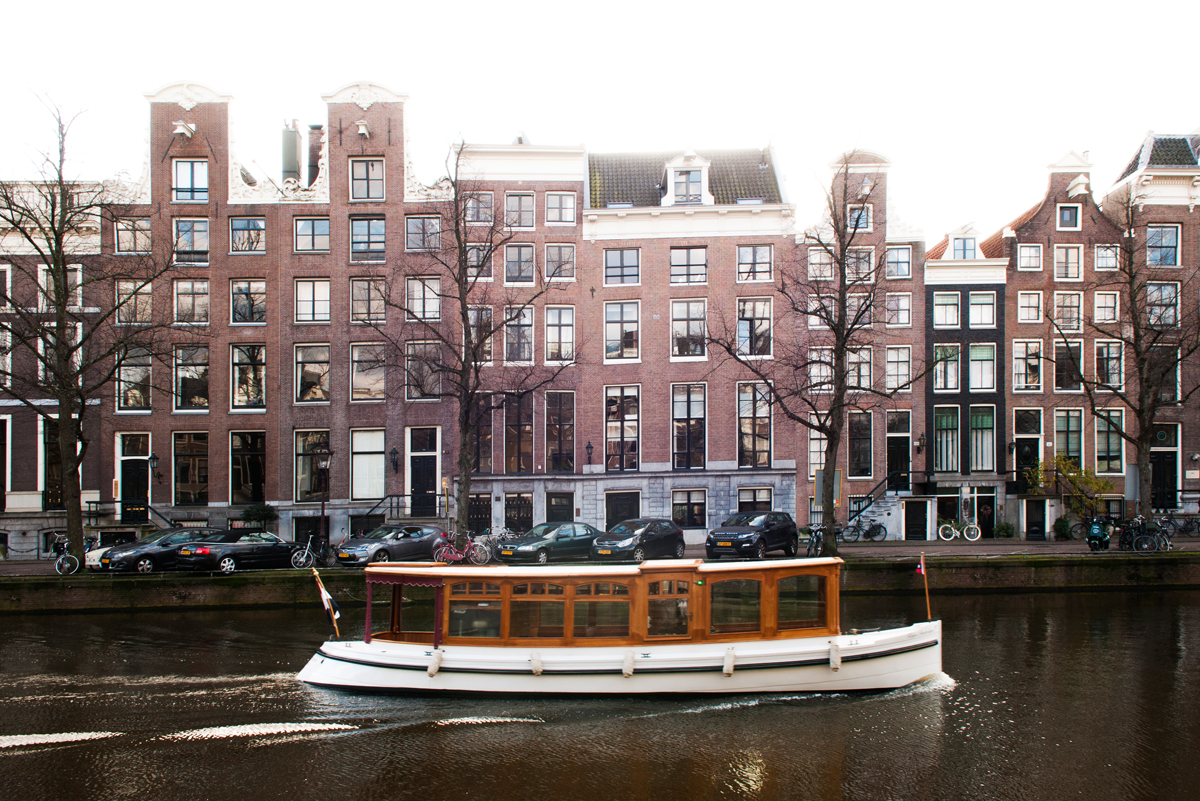 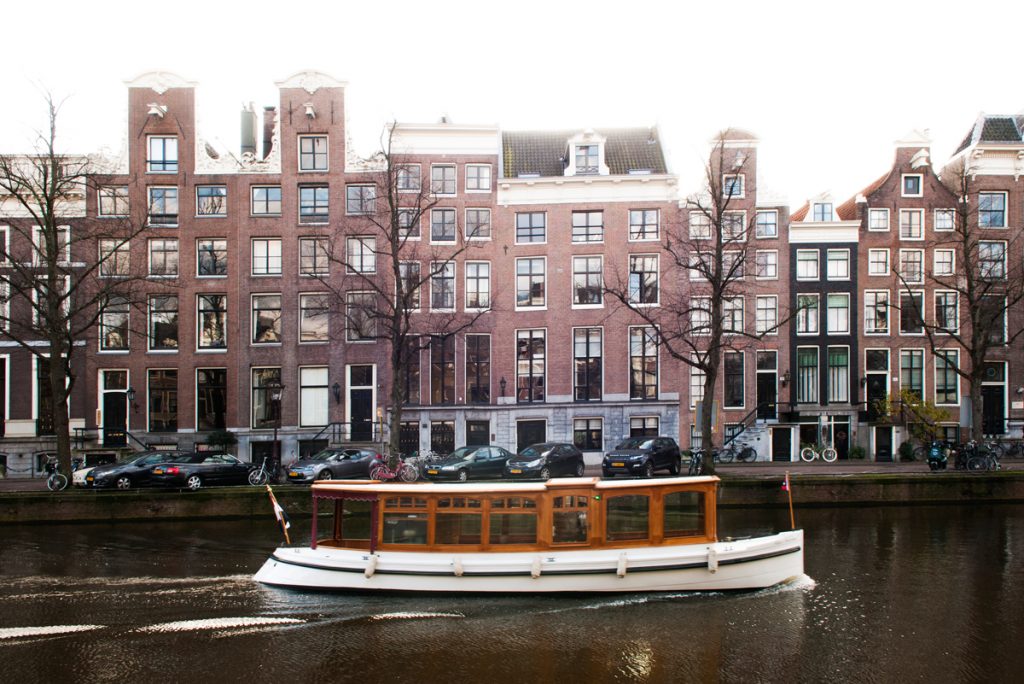 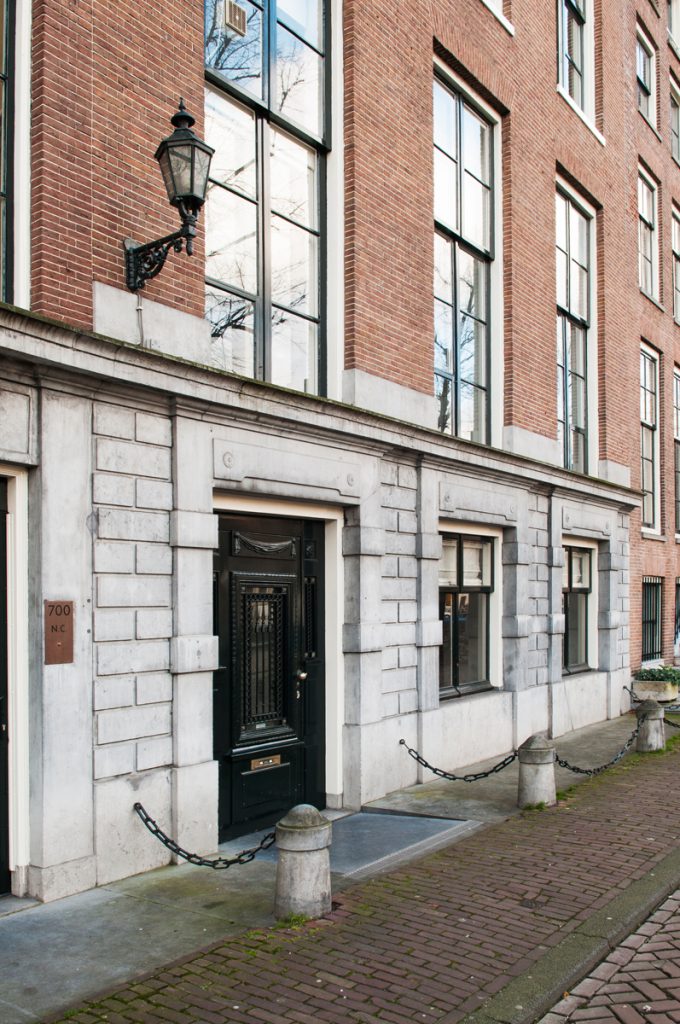 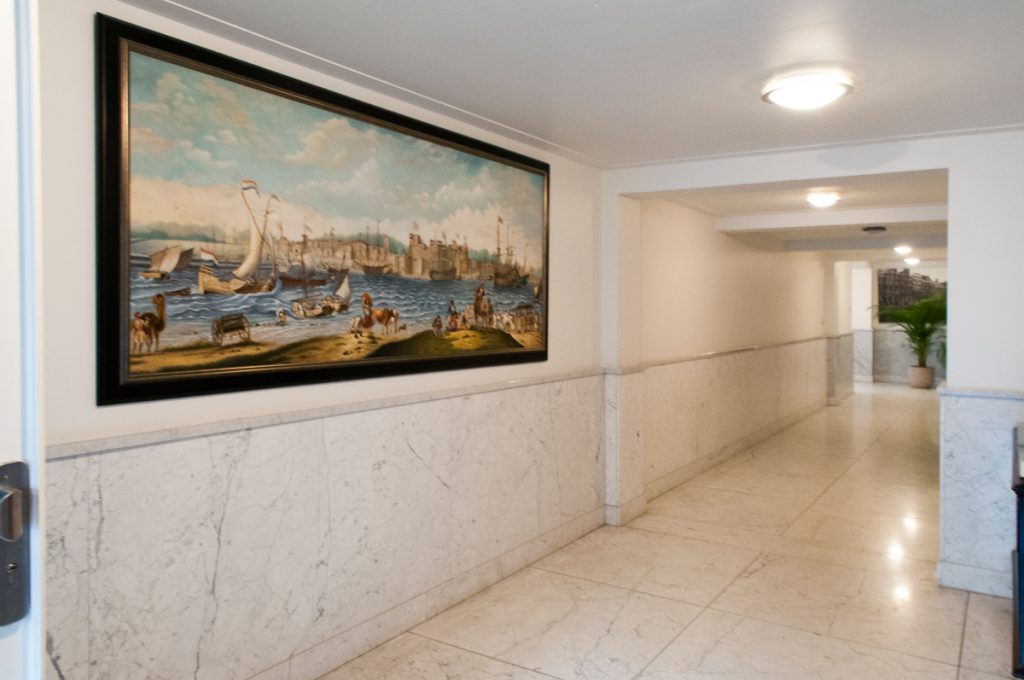 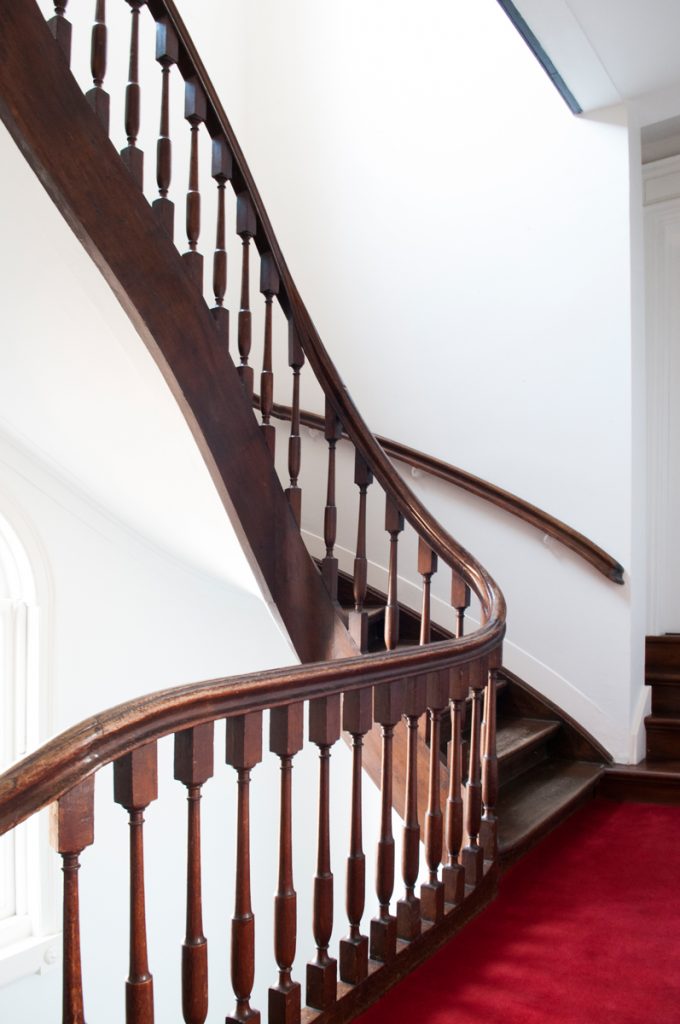 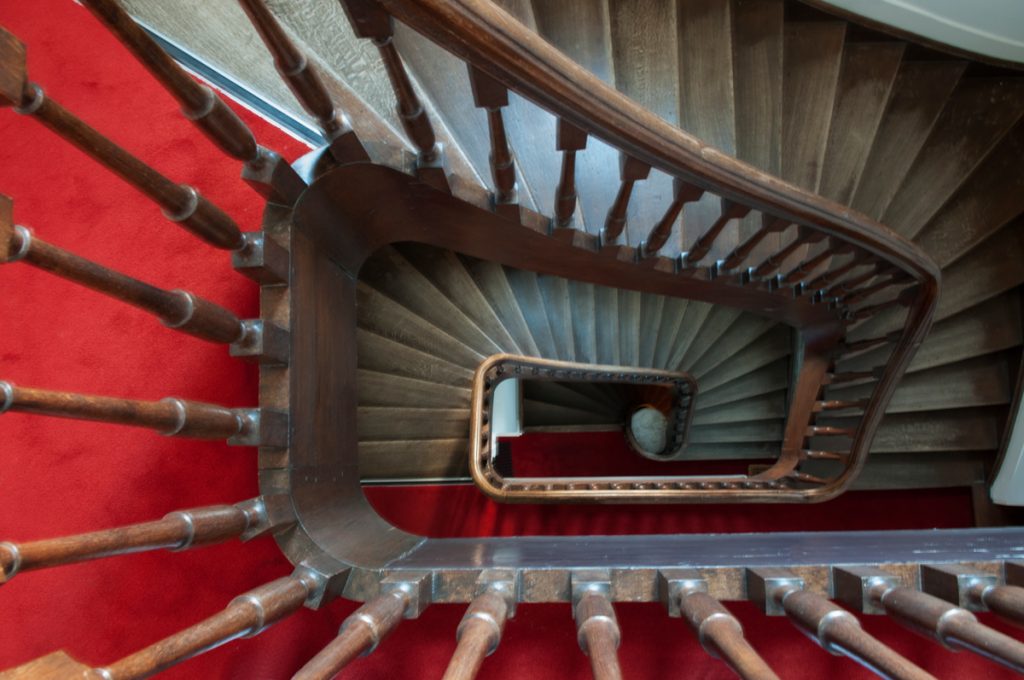 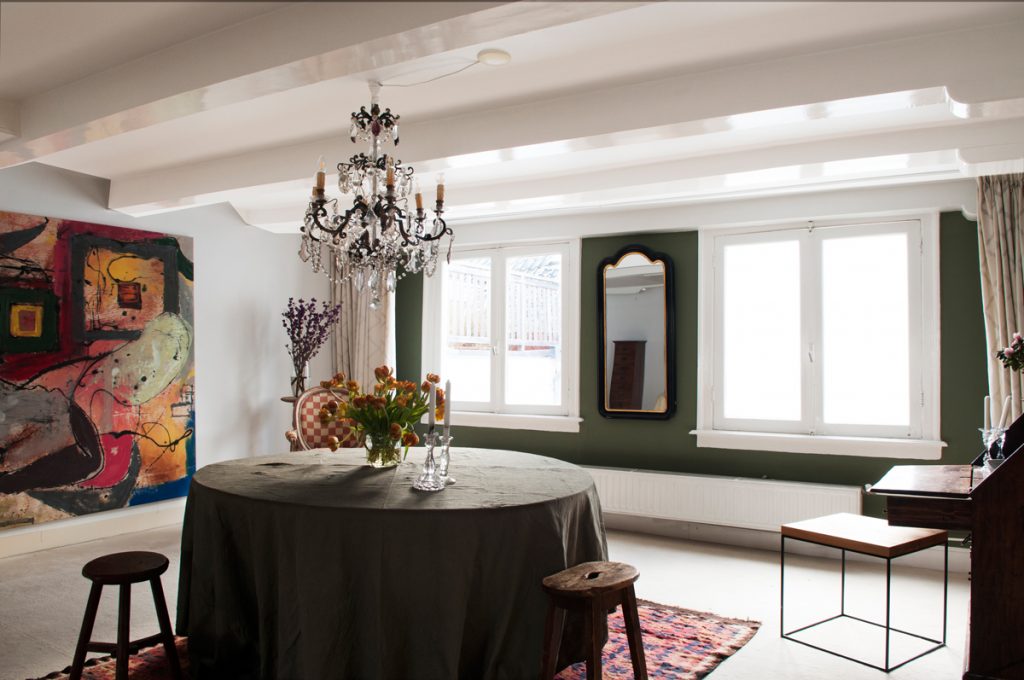 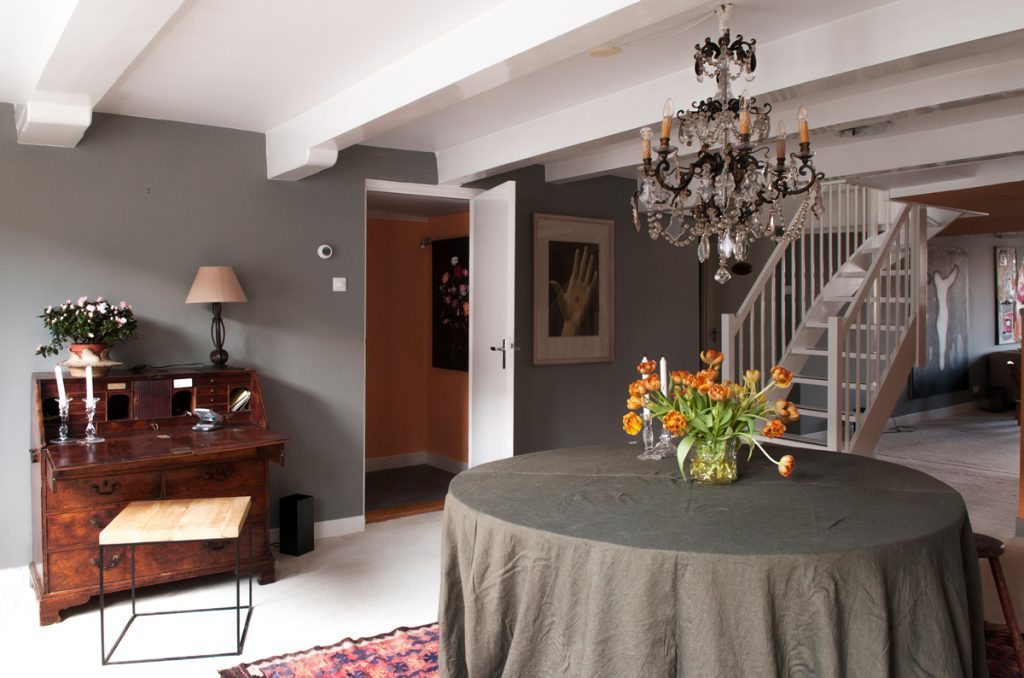 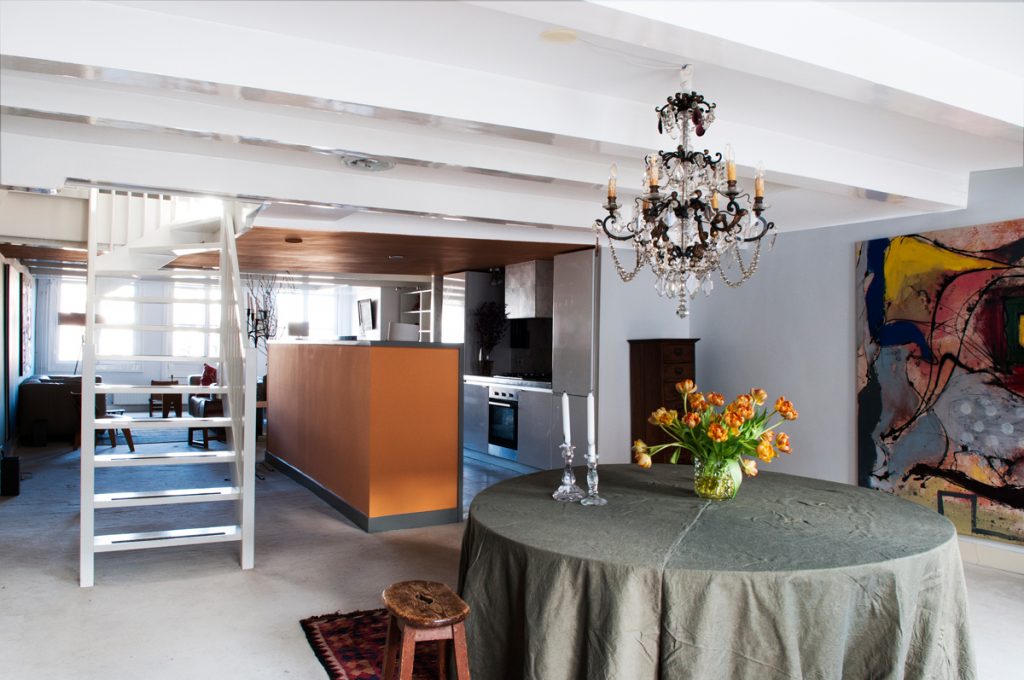 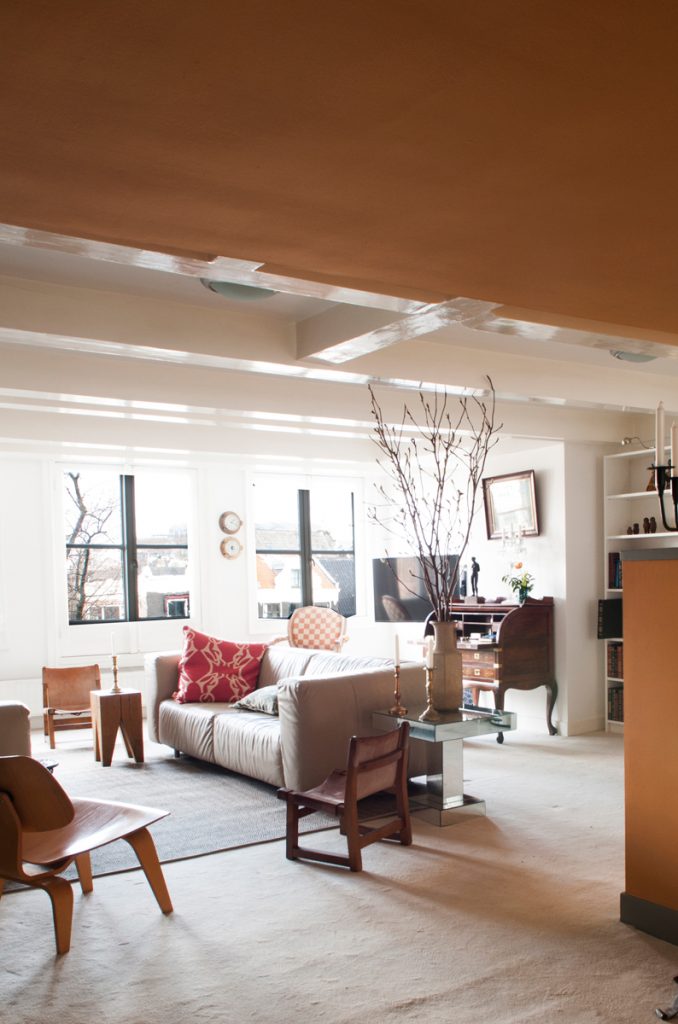 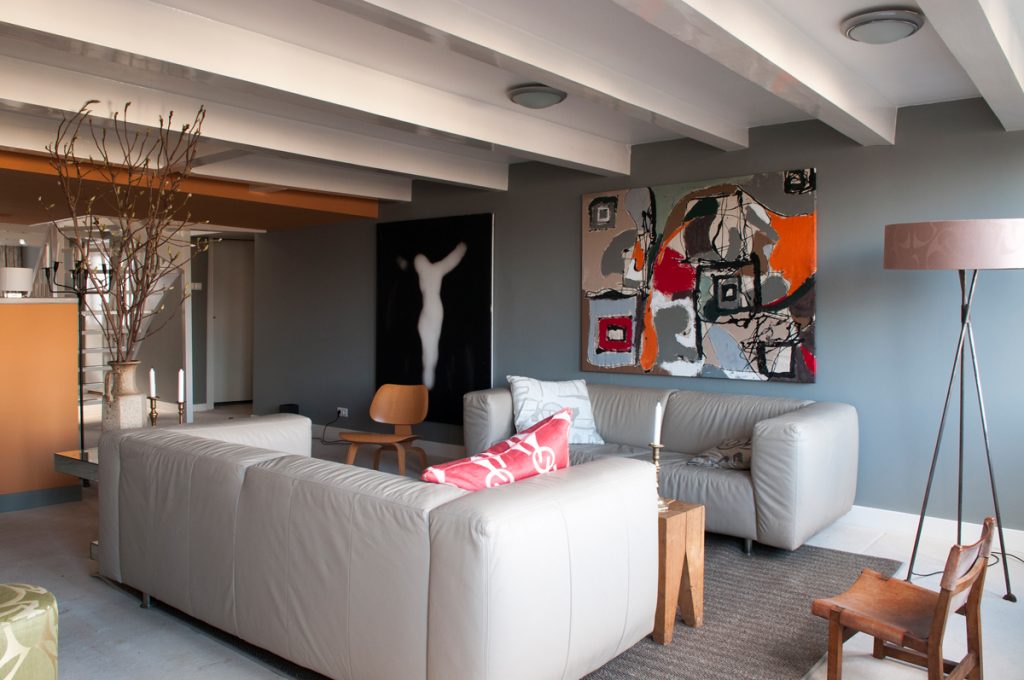 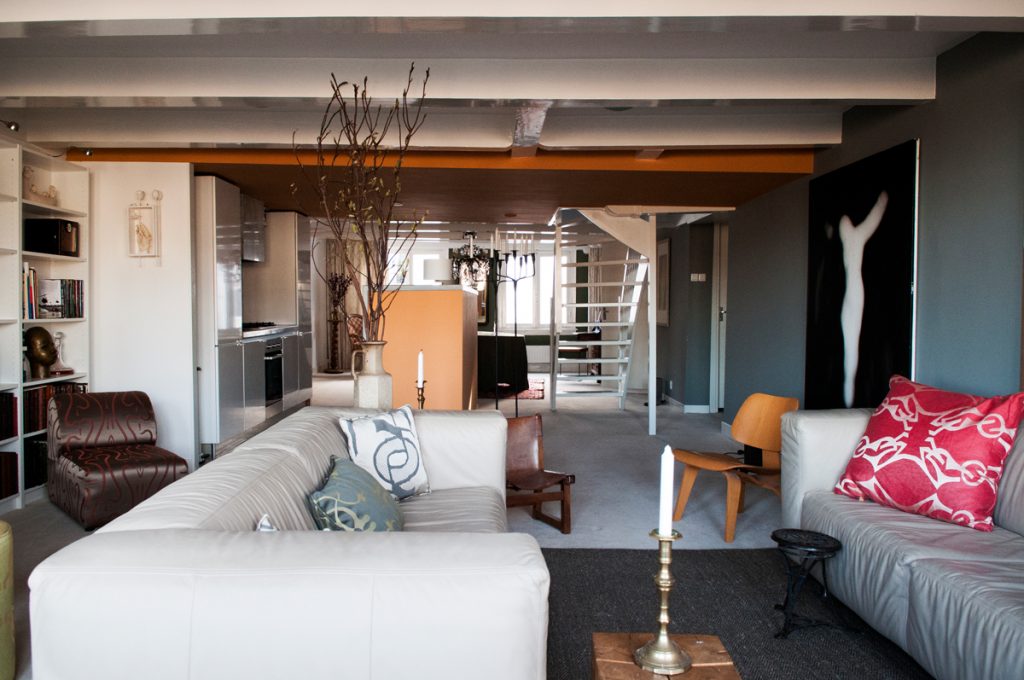 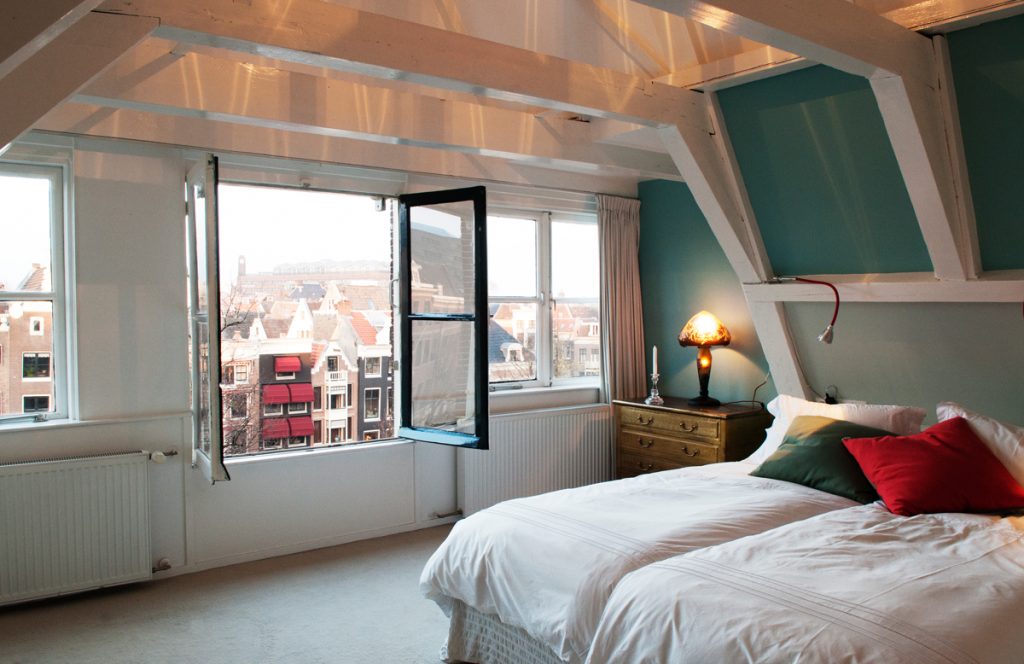 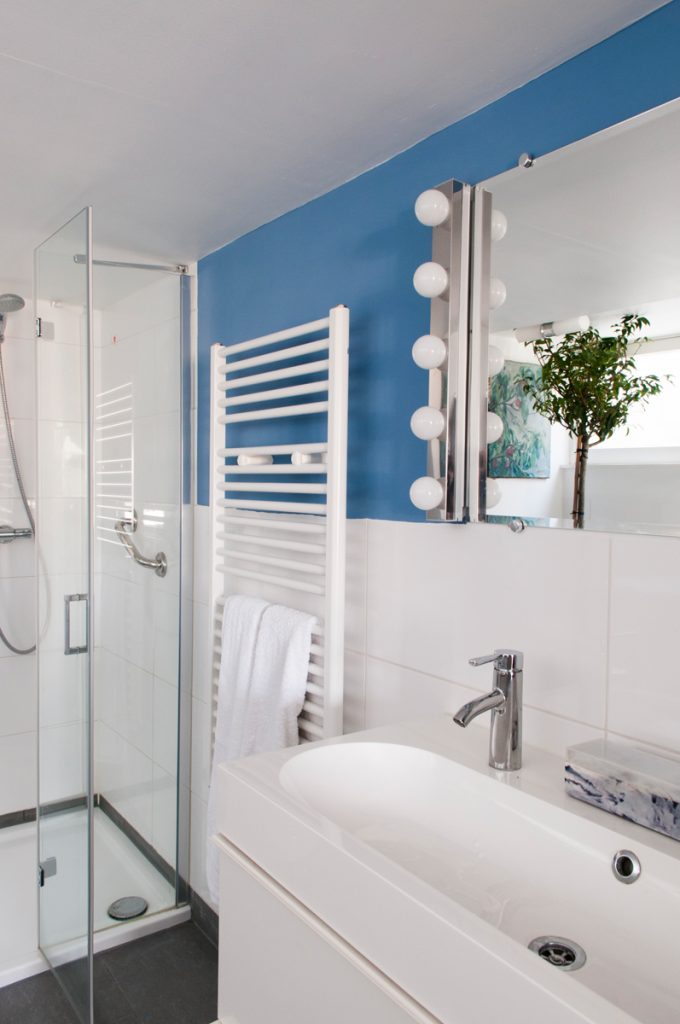 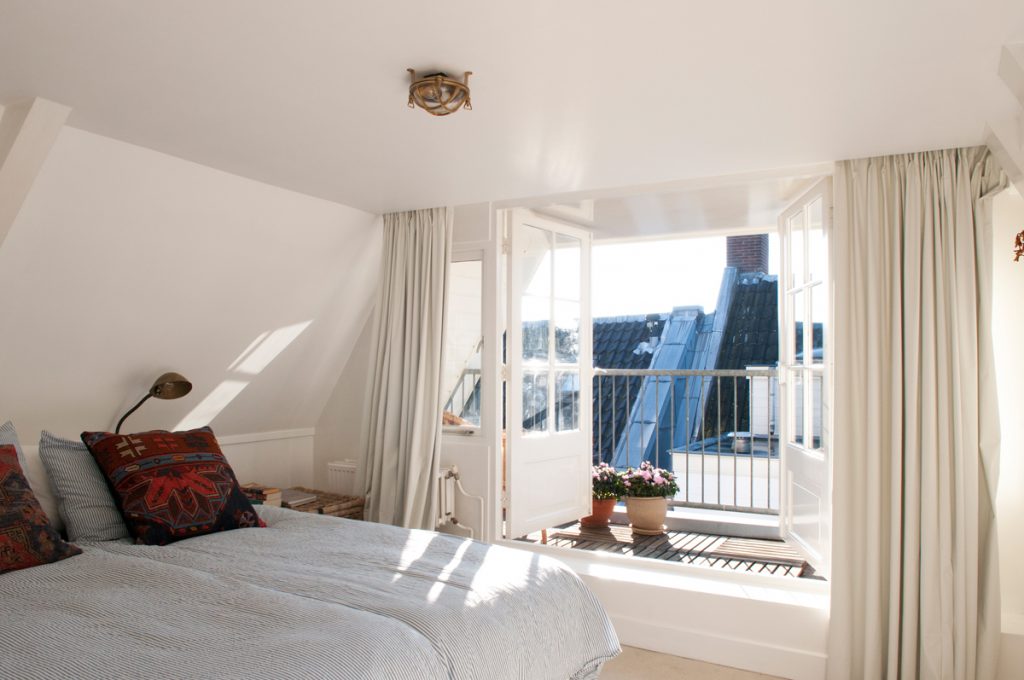 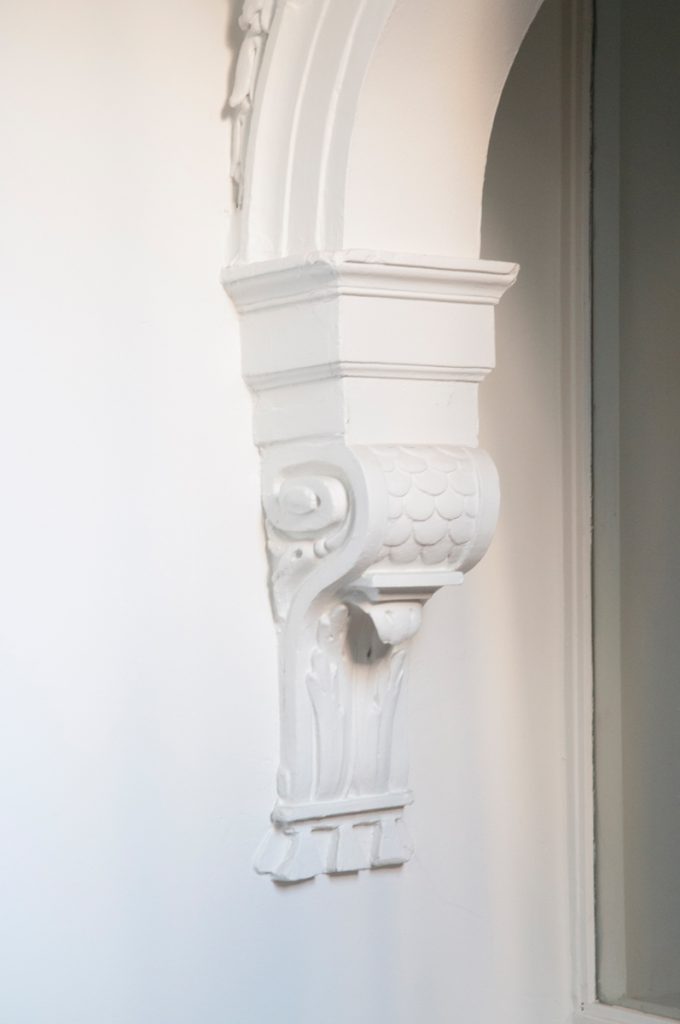 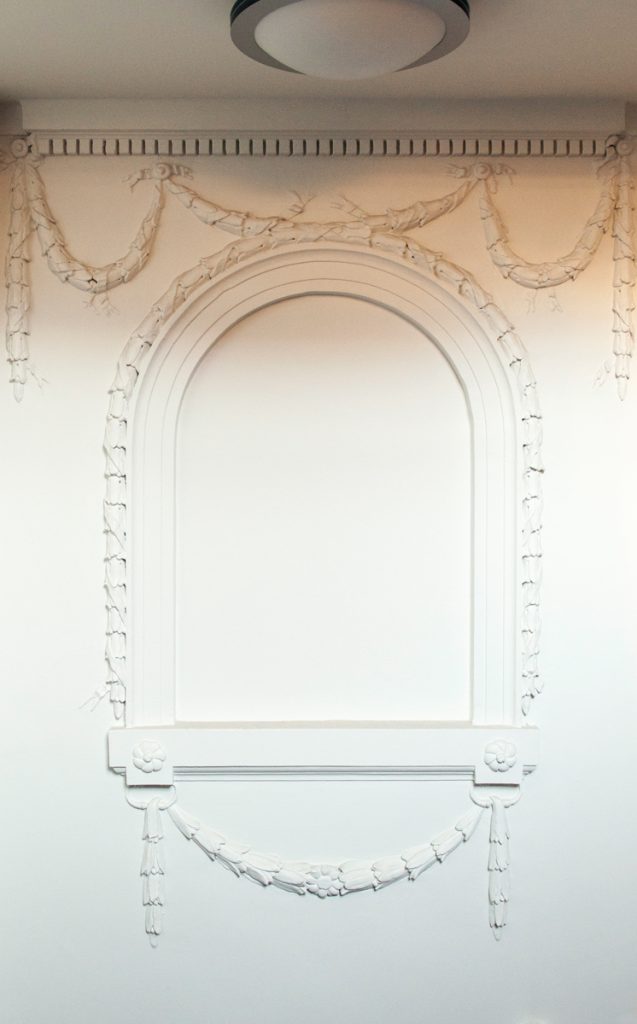 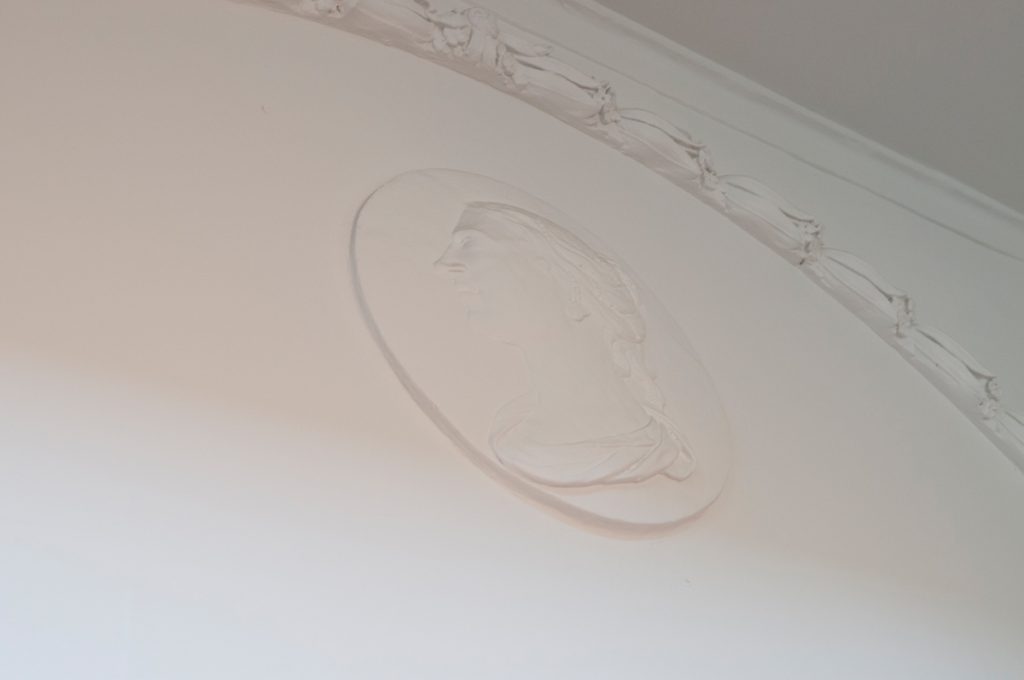 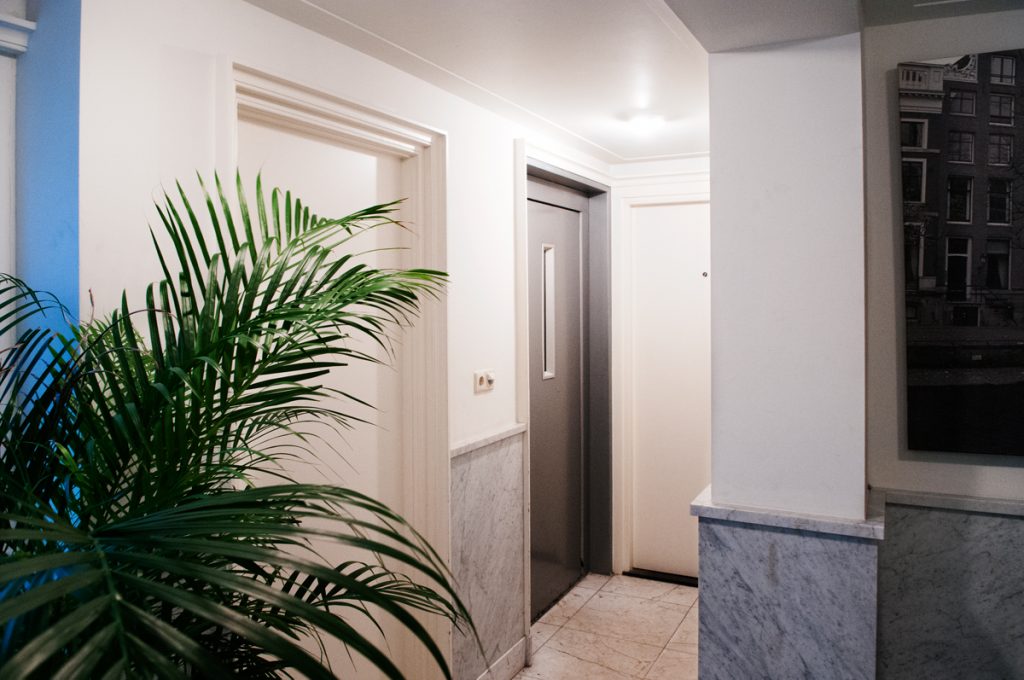 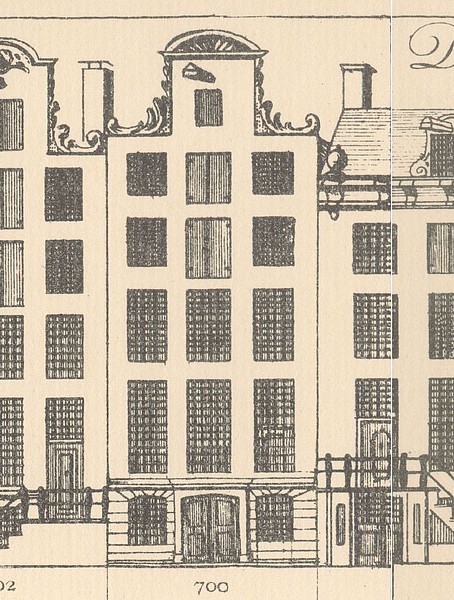 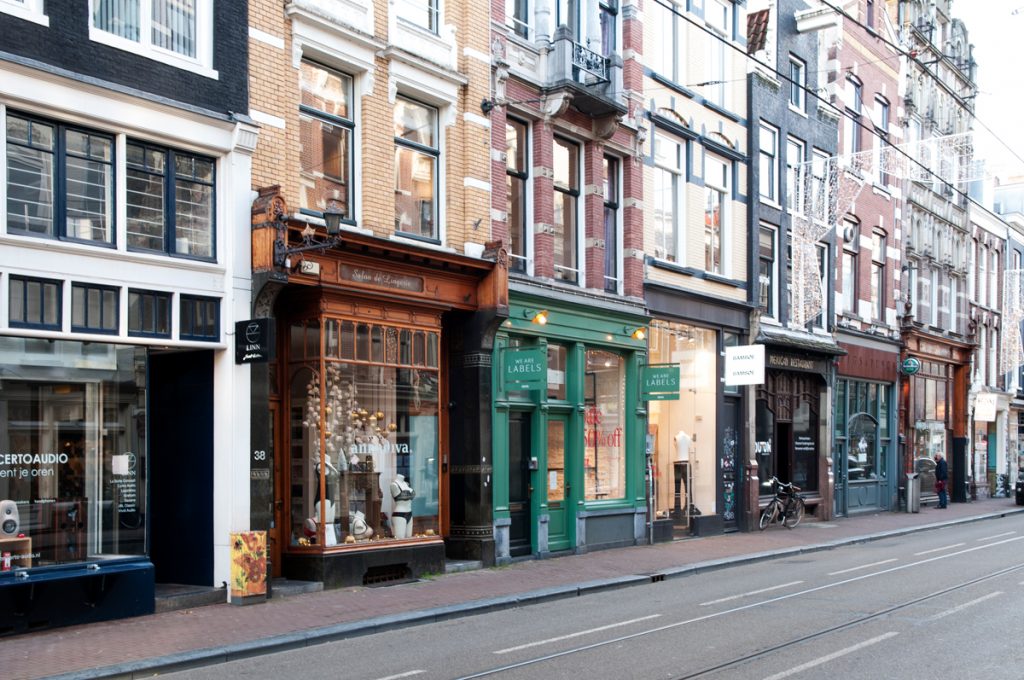 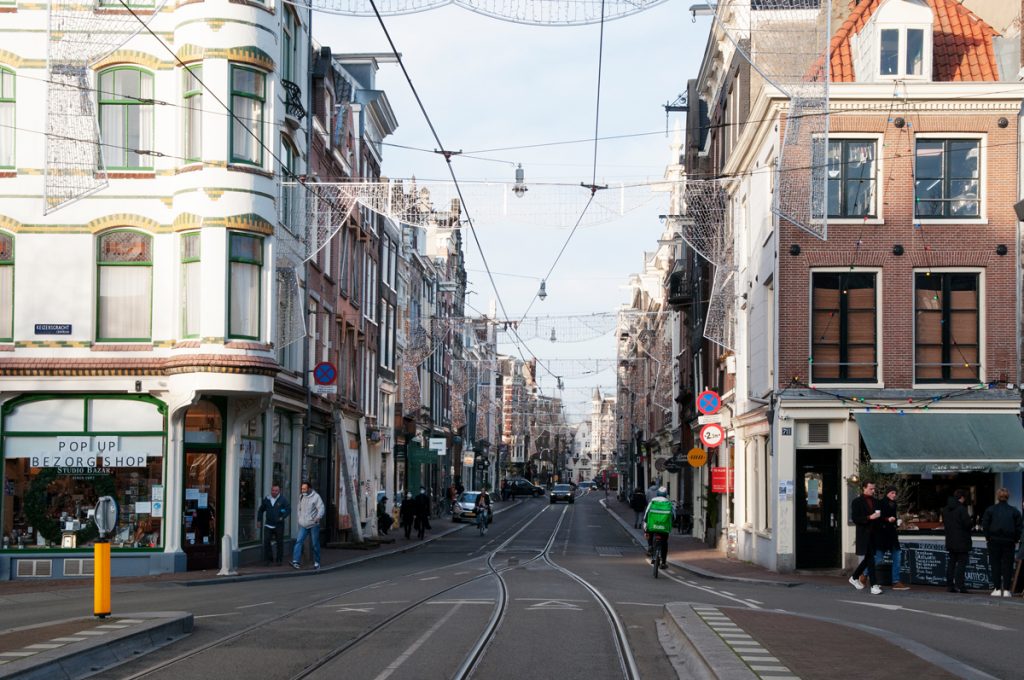 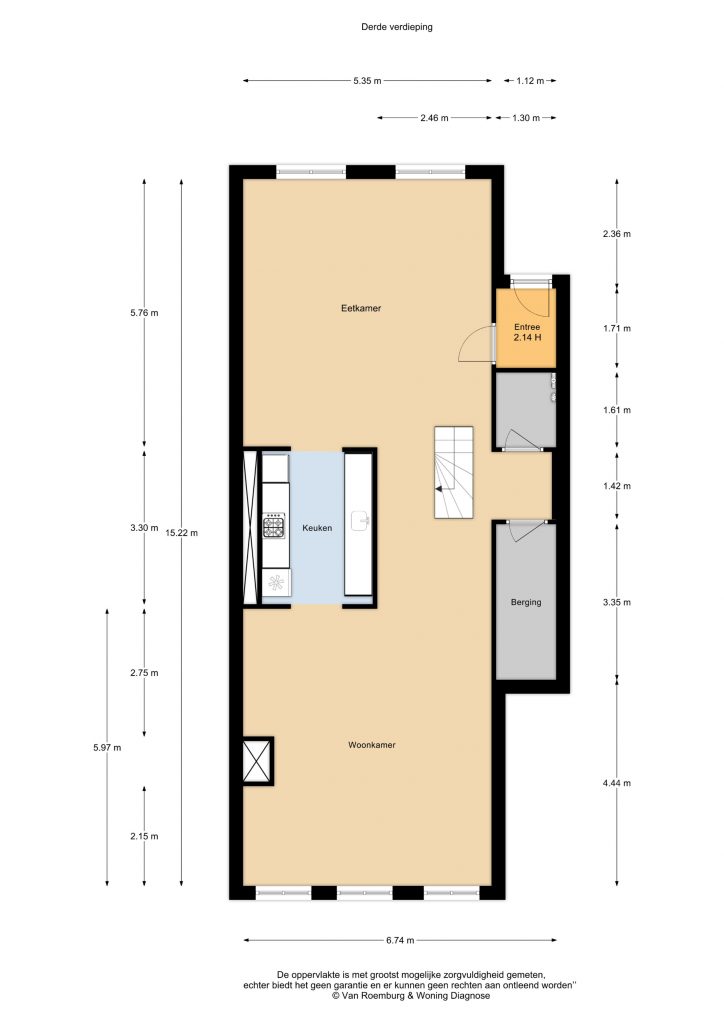 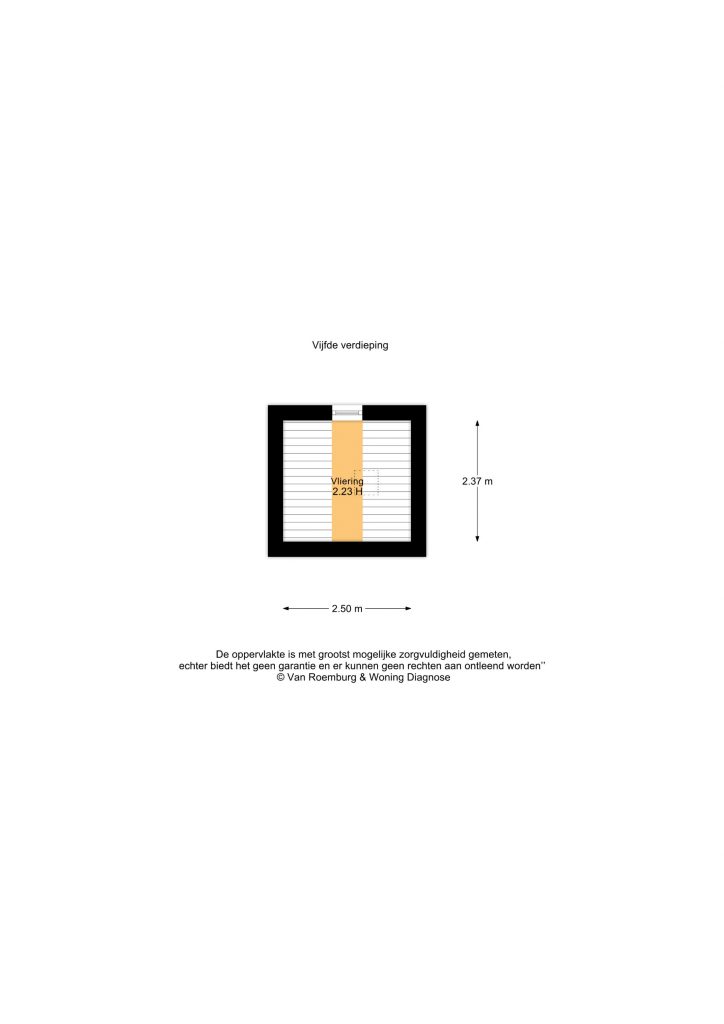 During the construction of this part of the canal belt in 1662, strict building regulations, the so-called “approvals”, applied. This describes the permissible dimensions of the buildings, (no deeper than 28m for greenery and facades meeting each-other at the front), which together provide the still so pleasant experience of architectural relationships in the canal belt.

This urban context is clearly visible and perceptible from the apartment on the top floors of Keizersgracht 700. At the front there is a view of the continuous front façade row of the buildings on the odd side of the Keizersgracht. But all buildings are individually very different. And from the rear there is a view of the straight line of the rear façade row of the front houses and the back houses, which look alike but are also different; every element is part of a greater whole.

The plots on this side of the Keizersgracht are adjacent to the Kerkstraat, the ‘service road’, that gave access to the stables and coach houses belonging to the buildings on the representative canal. The Keizersgracht 700 building was built simultaneously with Keizersgracht 698 in 1687 by master carpenter Andries Claesz van der Woude. This is still visible in, among other things, the continuous masonry in the façade. The windows in the façade decrease in height per floor, as is usual in the canal houses in Amsterdam. Because the plots are narrow and deep and only receive light at the front and rear, large windows on the lowest floors are necessary to provide these high representative residential floors with sufficient daylight. The upper floors were used as a warehouse, which at Keizersgracht 700 can still be seen beautifully by the rollers above the middle windows and the handles in the frames. Originally, these openings were closed with shutters, as can be seen in historical photos, but during the conversion of these floors into a home they have windows. In the bedroom at the front on the top floor, the warehouse function can also be clearly seen by the remains of the hoisting wheel in the hood that hung here to lift and store the goods. The character of the attic is also recognisable by the low floor height in the apartment and the beams.

The façades of Keizersgracht 698 and 700 are beautifully visible in the image of Caspar Jacobsz Philips from the mid-18th century. It is clear that both buildings have retained most of their original features, but have also undergone changes. The seventeenth century neck gable of building 700 has now been changed to a frame gable and the window division with small rod division has been changed into an Empire rod division. However, the roof floor has been retained with the probably original roof construction and the warehouse function is clearly visible in the closed shutters.

Also special is the walk through the neighboring building Keizersgracht 698 to get to the apartment. At the end of the eighteenth century, the entrance to the building was moved to the ground floor, with the original sidewalk removed. In 1967 the building was connected to Keizersgracht 700 and in 1992 both buildings were converted into one complex with six apartments.

The entrance door is decorated with rosettes and festoons and has original, heavy hinges on the inside. The wide corridor with stucco decoration in the same style gives access to the internal light shaft (part between the front and rear house) with stairs from around 1754. The grip on the profiled handrail of the generous oak staircase is excellent. The original marble paneling continues across the representative floors and then turns into more recently applied marble where the comfortably walkable staircase has been extended to reach the highest floors. The stairwell is illuminated by a window with historic hinges and locks.

At the entrance of the apartment, the warm light in the back room immediately catches the eye because of its location on the south. In the middle of the deep floor is a central kitchen. The warehouse character is recognizable by the closely spaced beams (to carry the heavy loads). In the back room an alternating wooden beam appears to be seen, an eighteenth century construction of alternately extra supported beams by means of consoles. But immediately the eye is drawn to the fabulous view over the Keizersgracht in the front room. Nothing beats a view of water.

The sleeping floor can be reached via an internal staircase with a bedroom at the front, under the remainder of the hoisting wheel construction, with the same breathtaking view. The landing with cupboard wall gives access to the bedroom at the rear with a very pleasant terrace on the south. Both bedrooms have their own ensuite bathroom. A small hatch can be seen in the ceiling on the landing. This gives access to the attic of the top floor. Now very practical storage space, but this space could also be opened up and involved in the sleeping floor with a view of the monumental roof construction. Wonderful examples of this are known.

Close to the building is one of the most famous and most photographed locations in the world heritage city of Amsterdam: seven bridges can be seen standing on the bridge of the Reguliersgracht. Located at the Utrechtsestraat and the Amstel, this is also one of the nicest areas of the canal belt. People mainly live here; this is also noticeable in the many cafes and restaurants in the area.