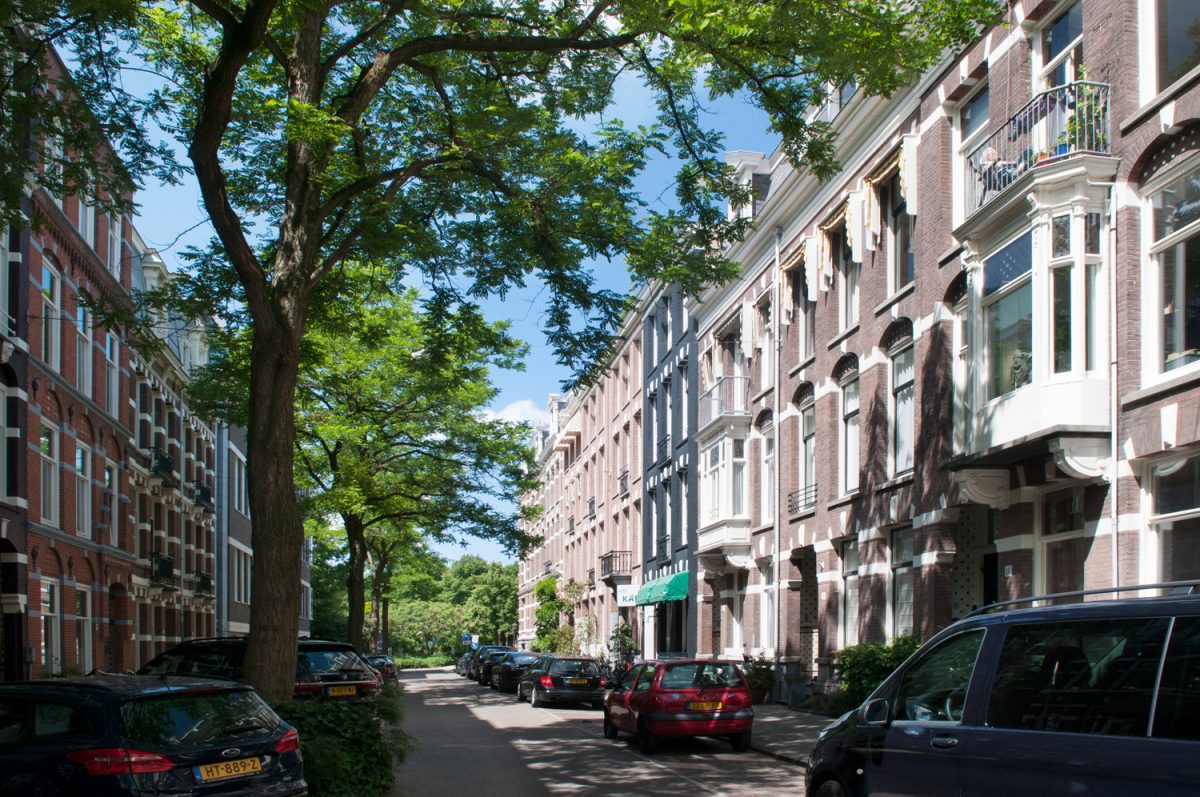 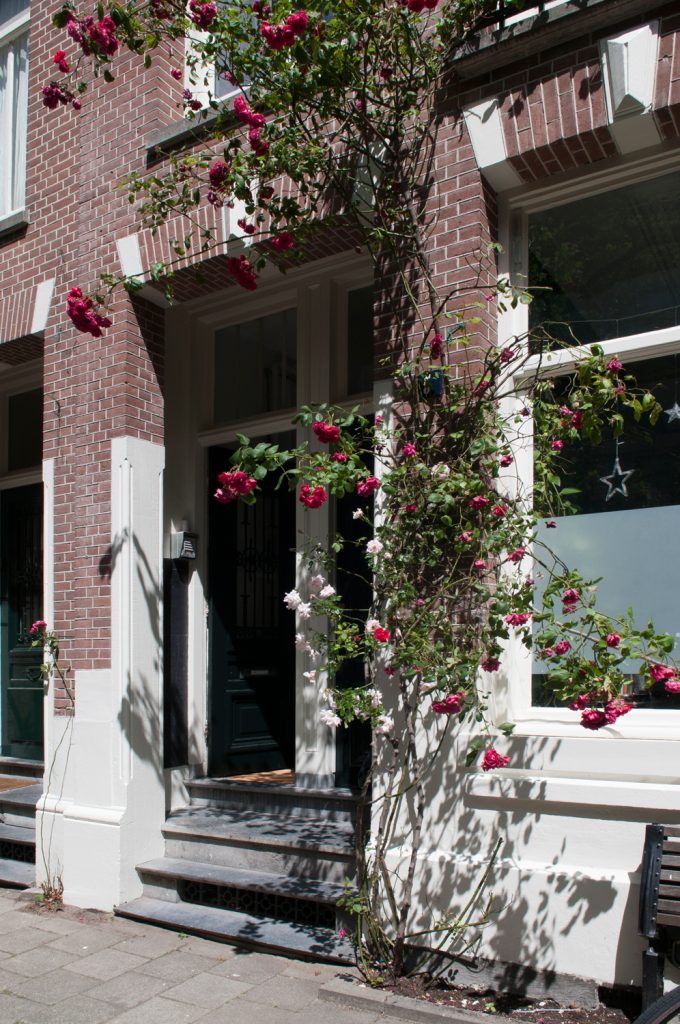 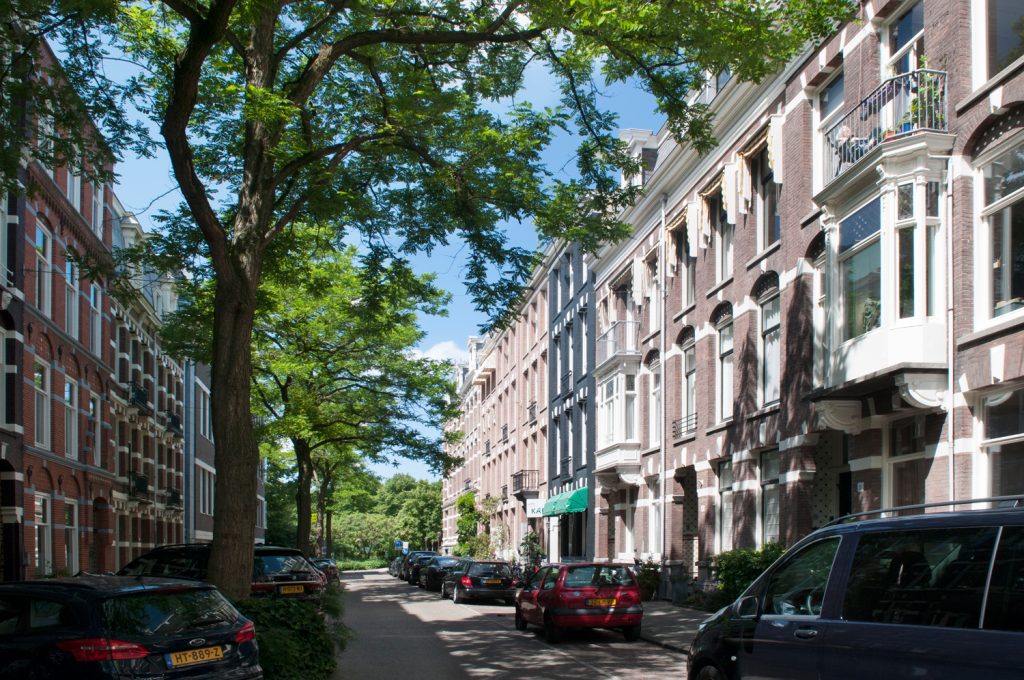 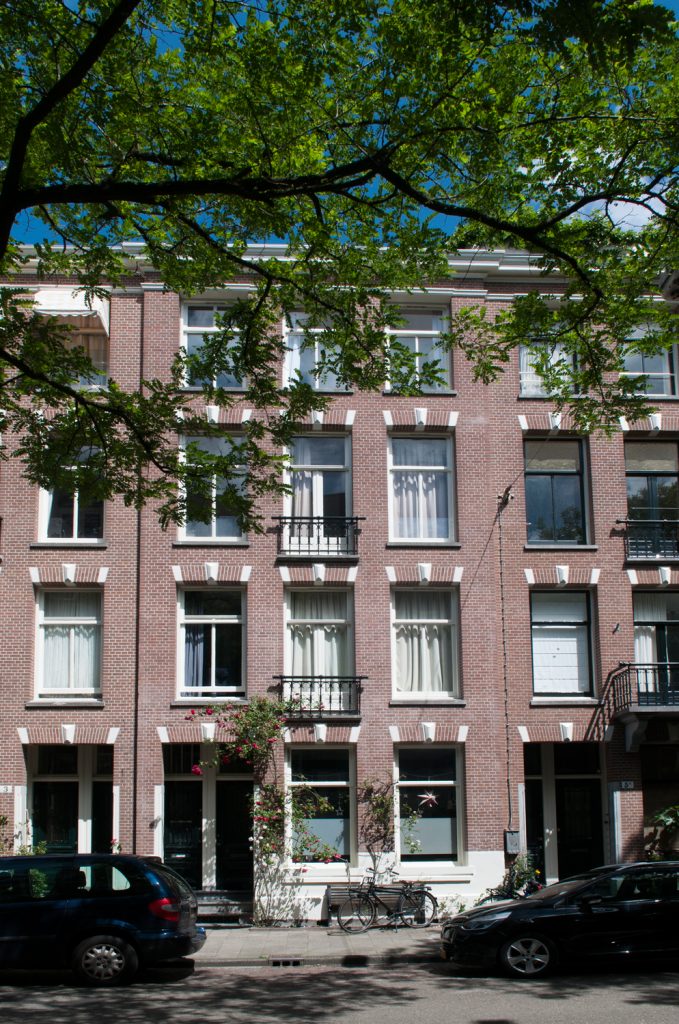 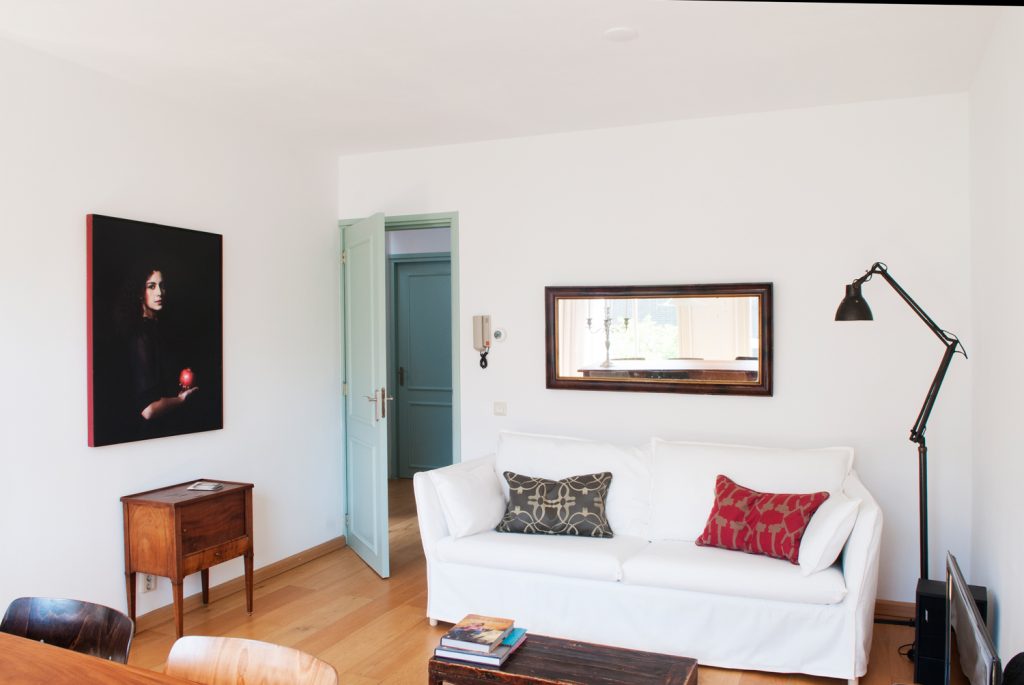 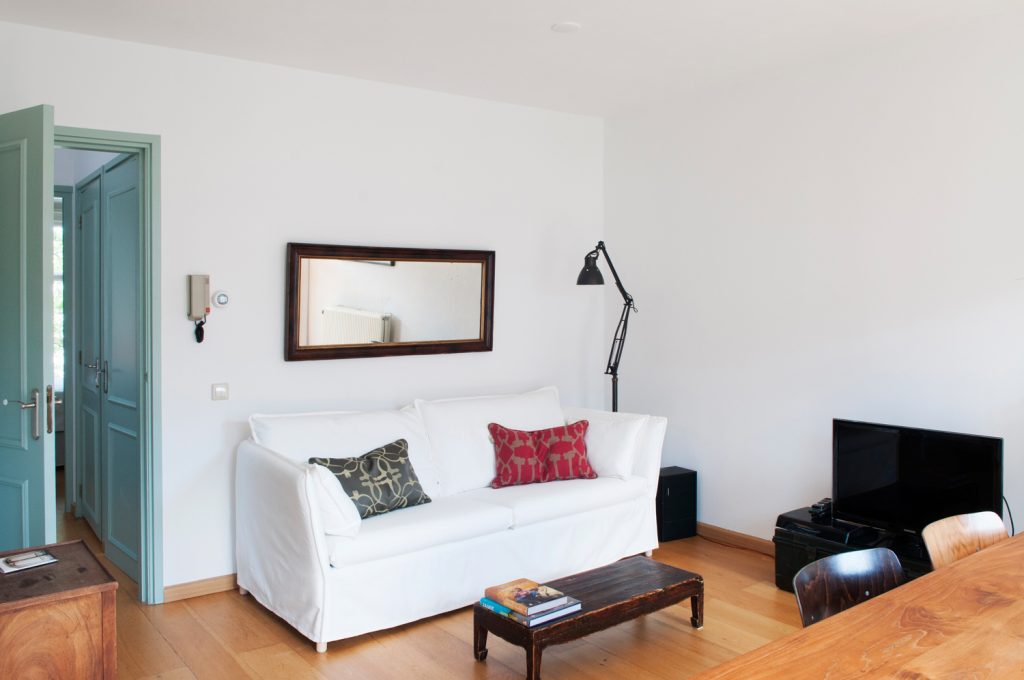 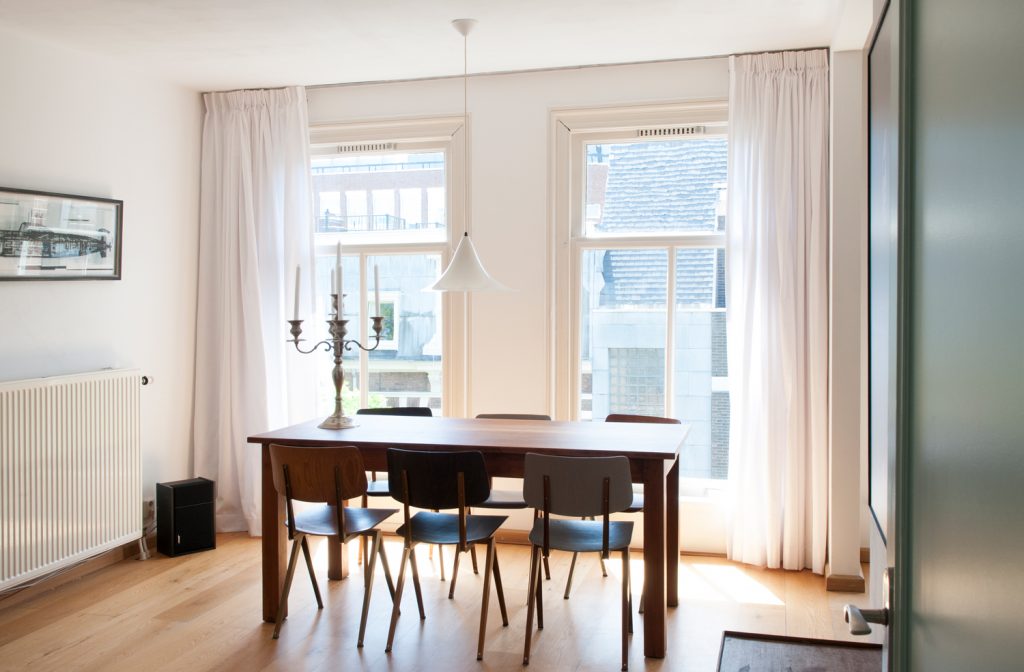 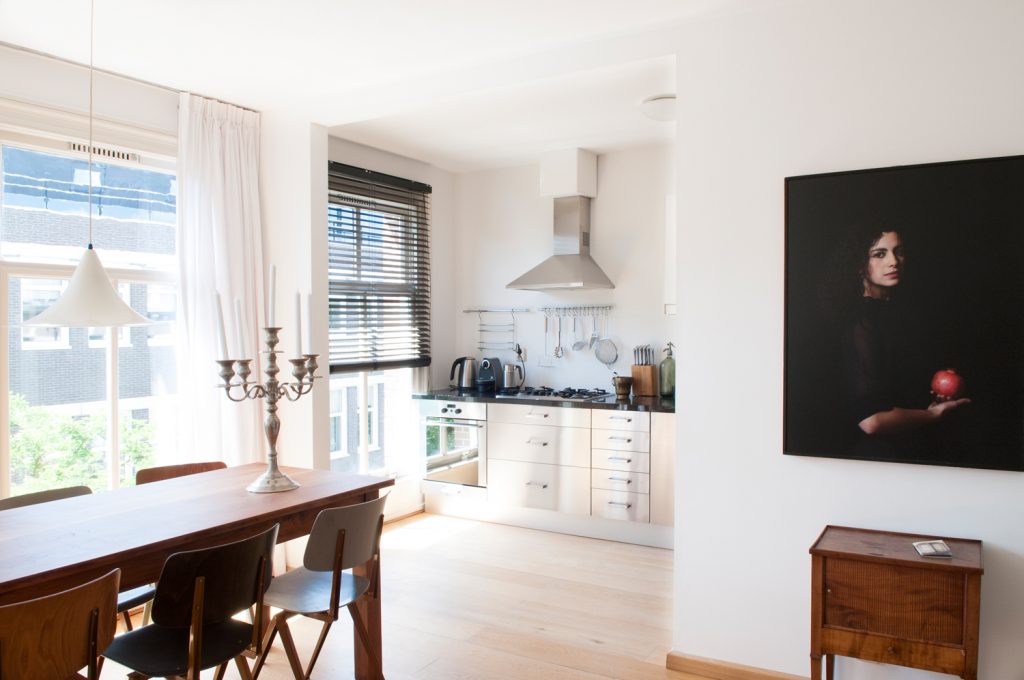 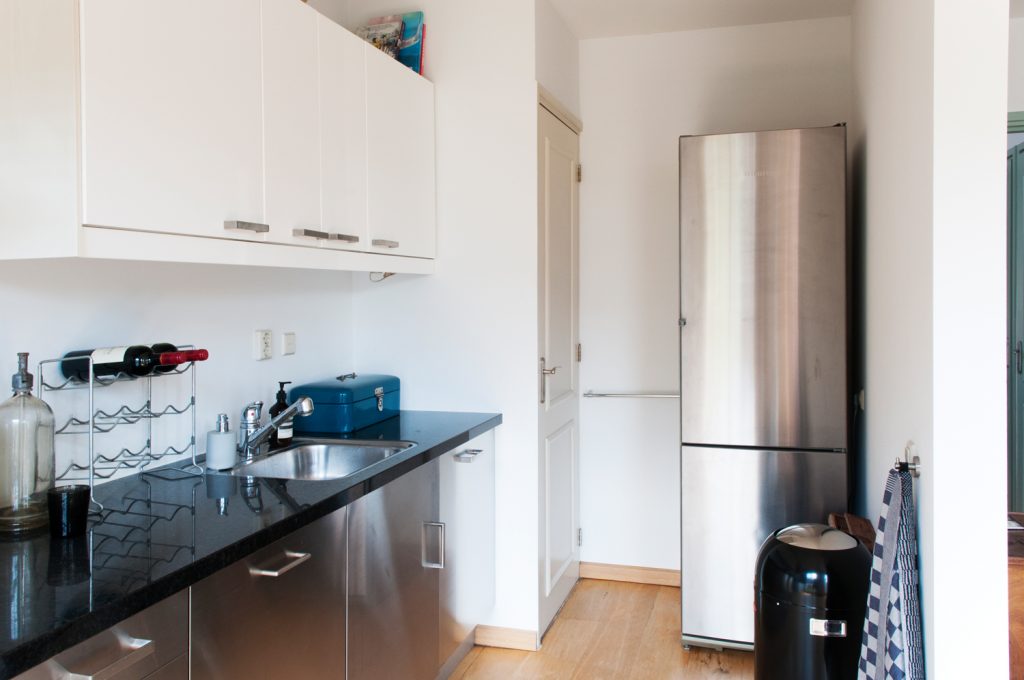 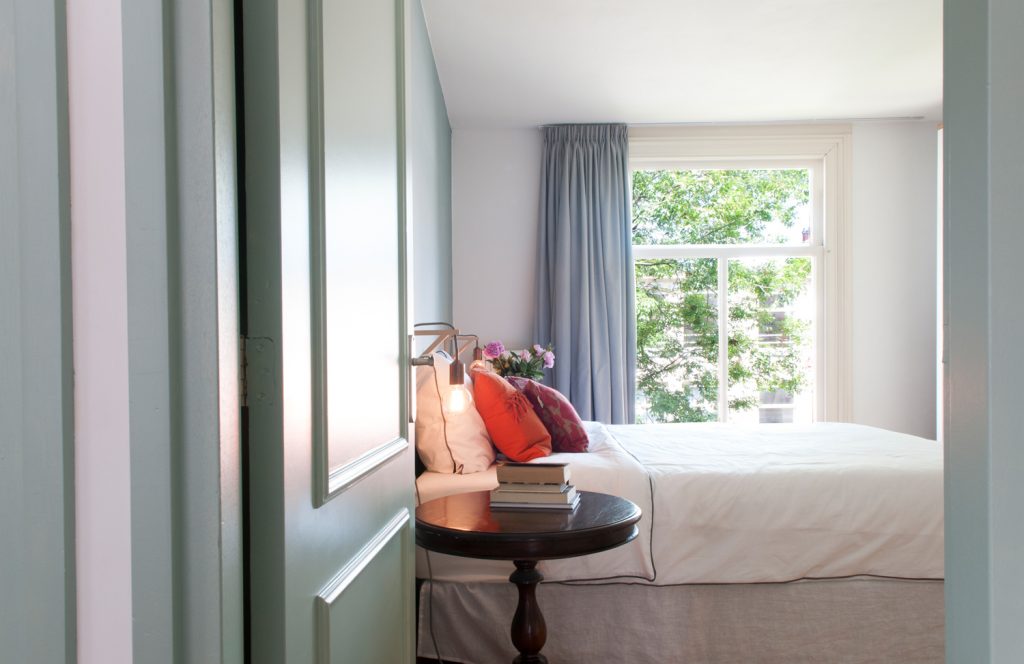 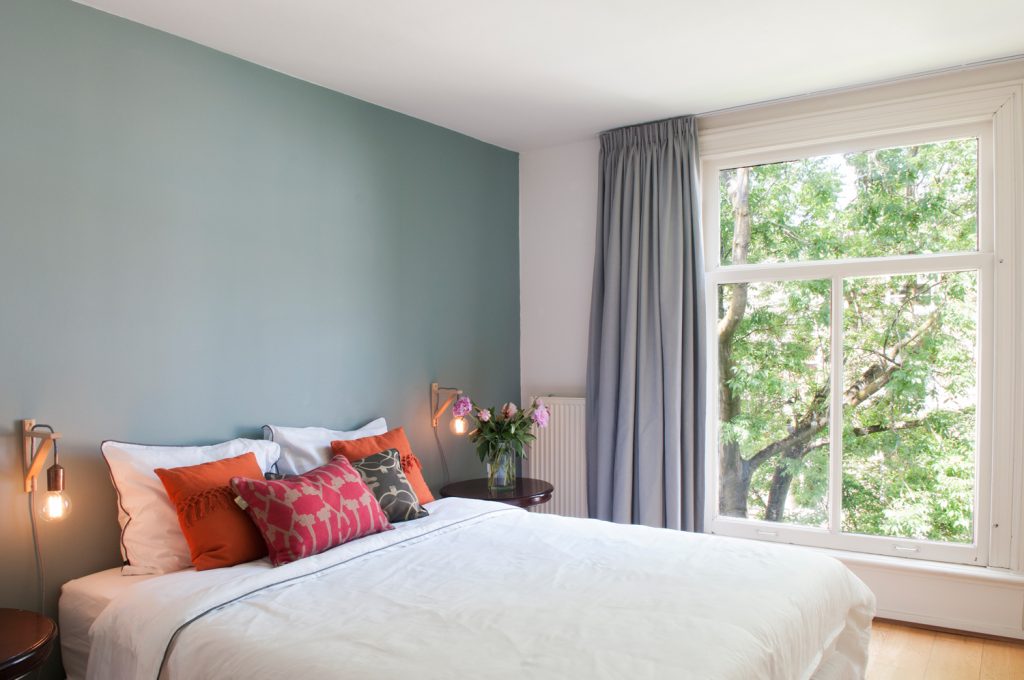 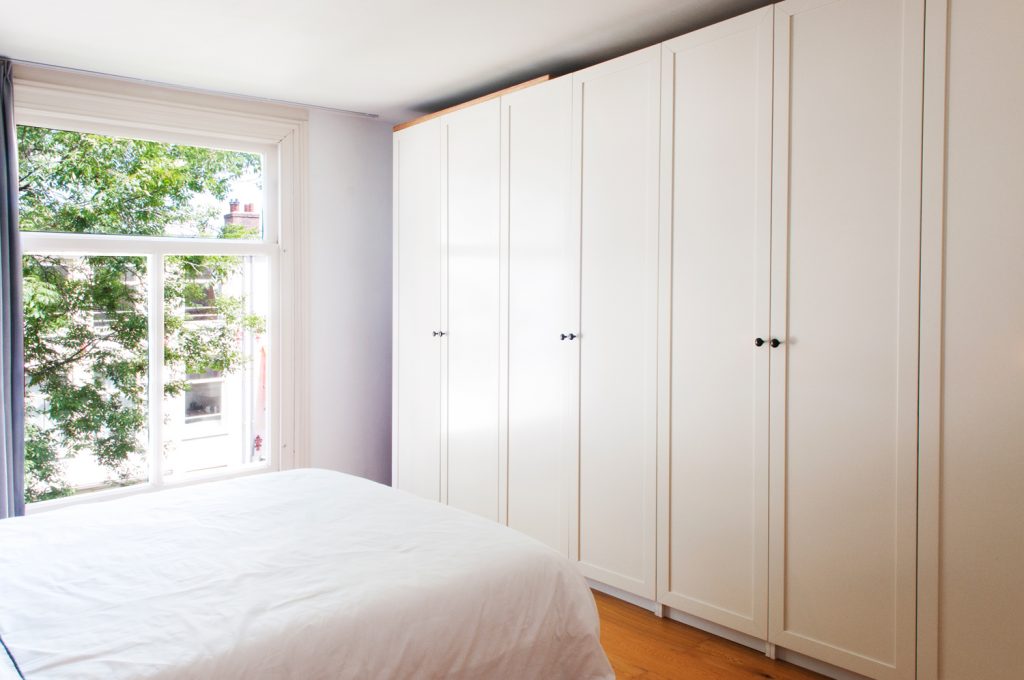 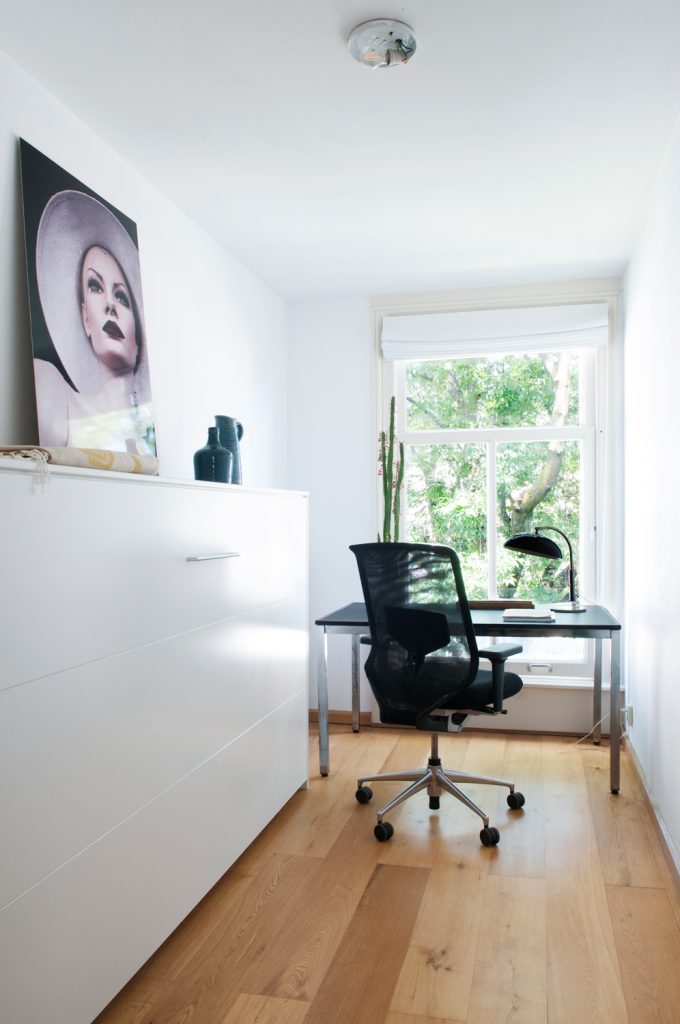 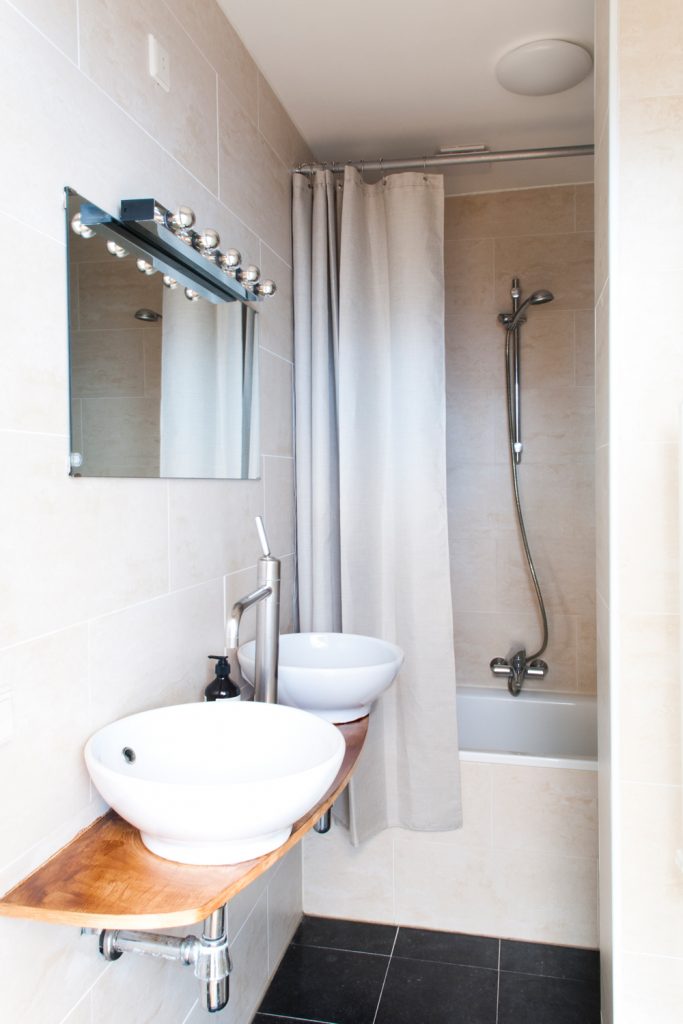 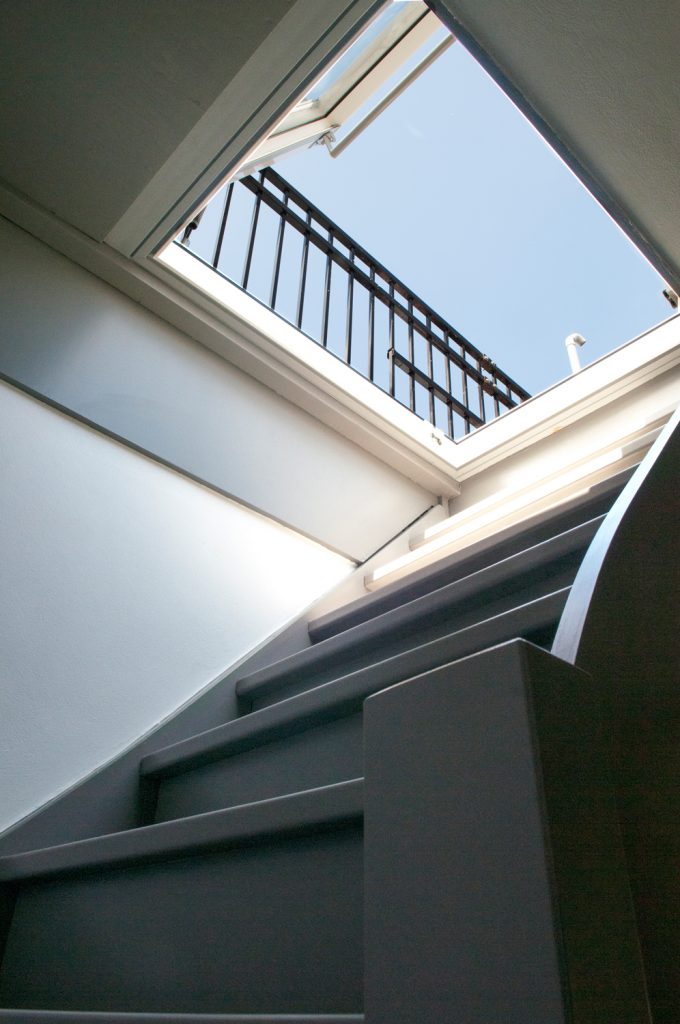 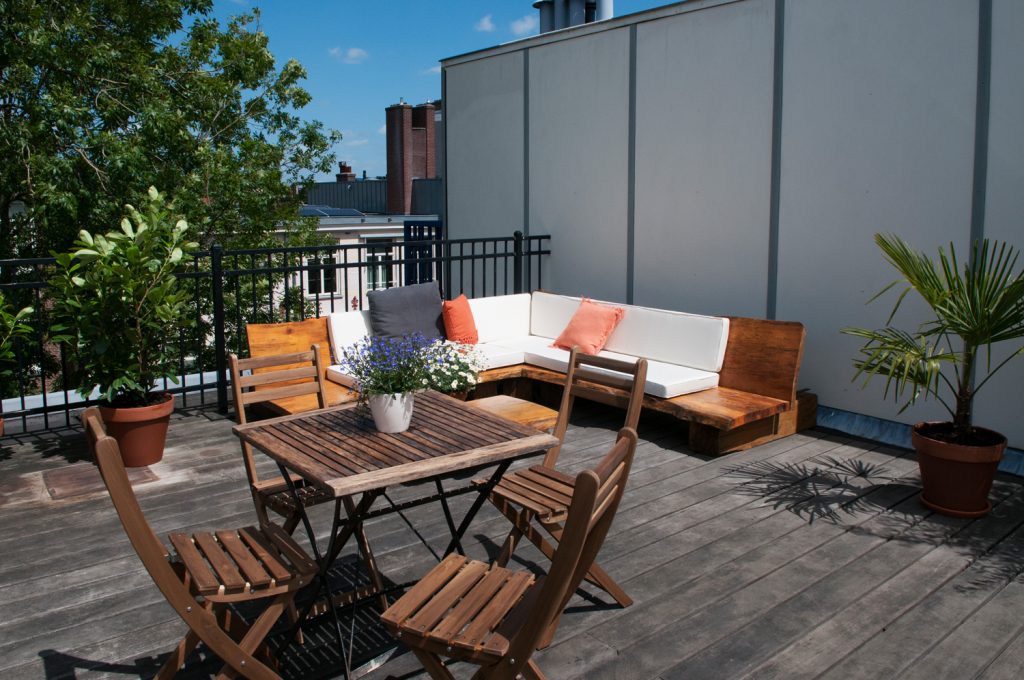 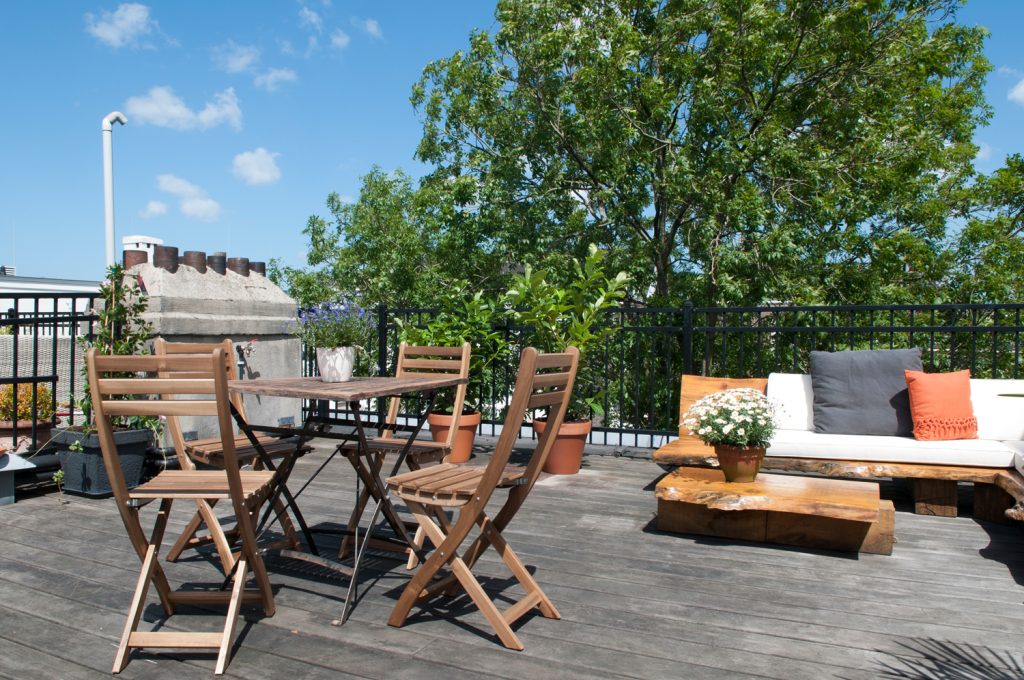 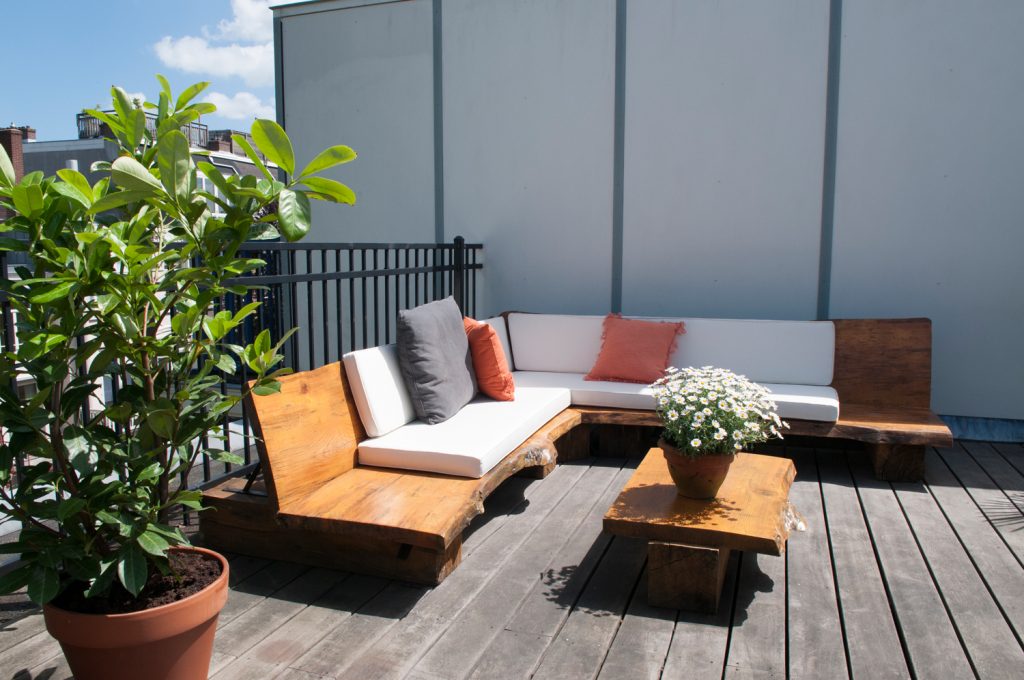 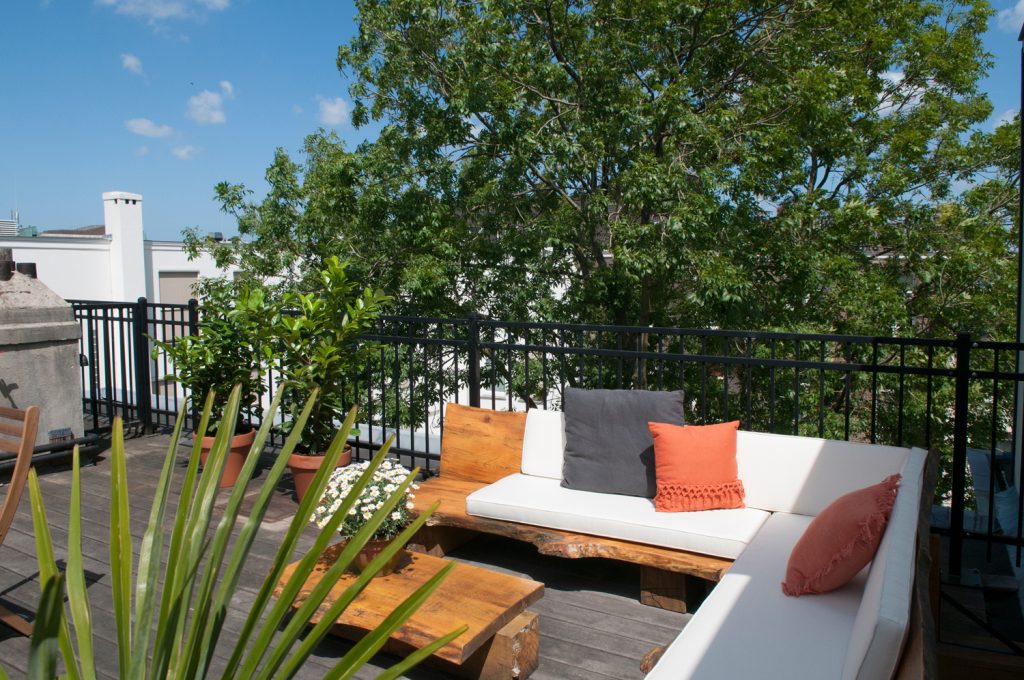 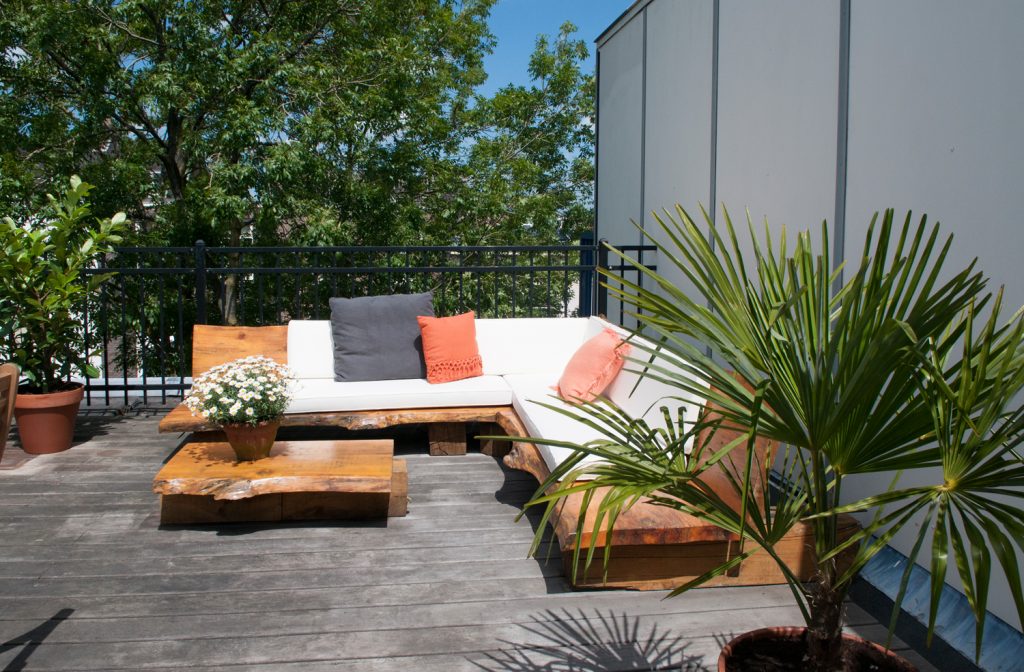 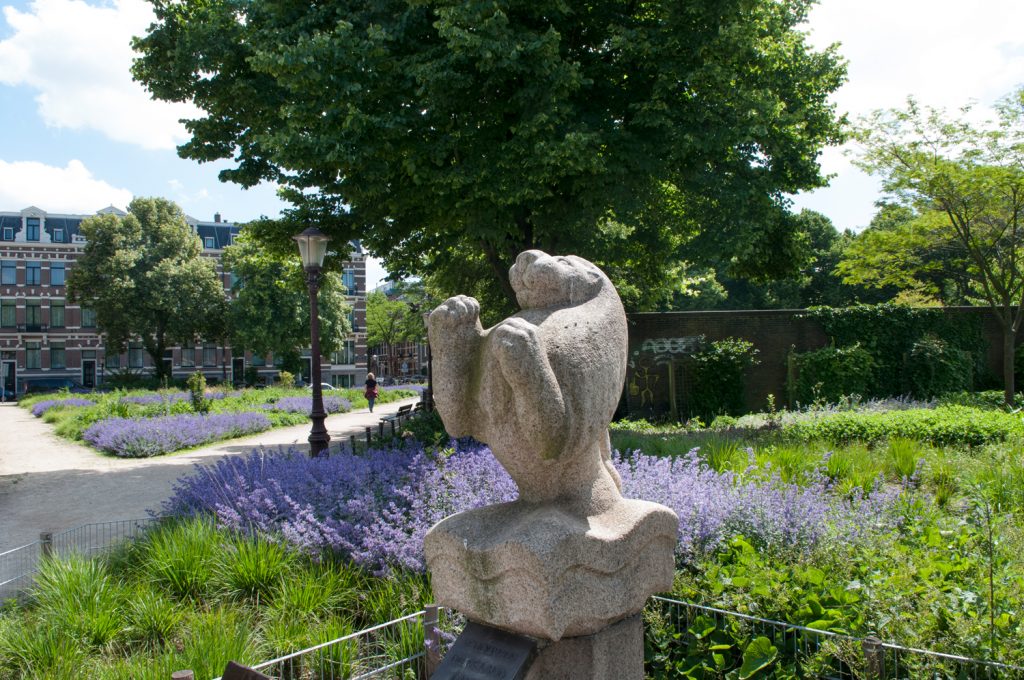 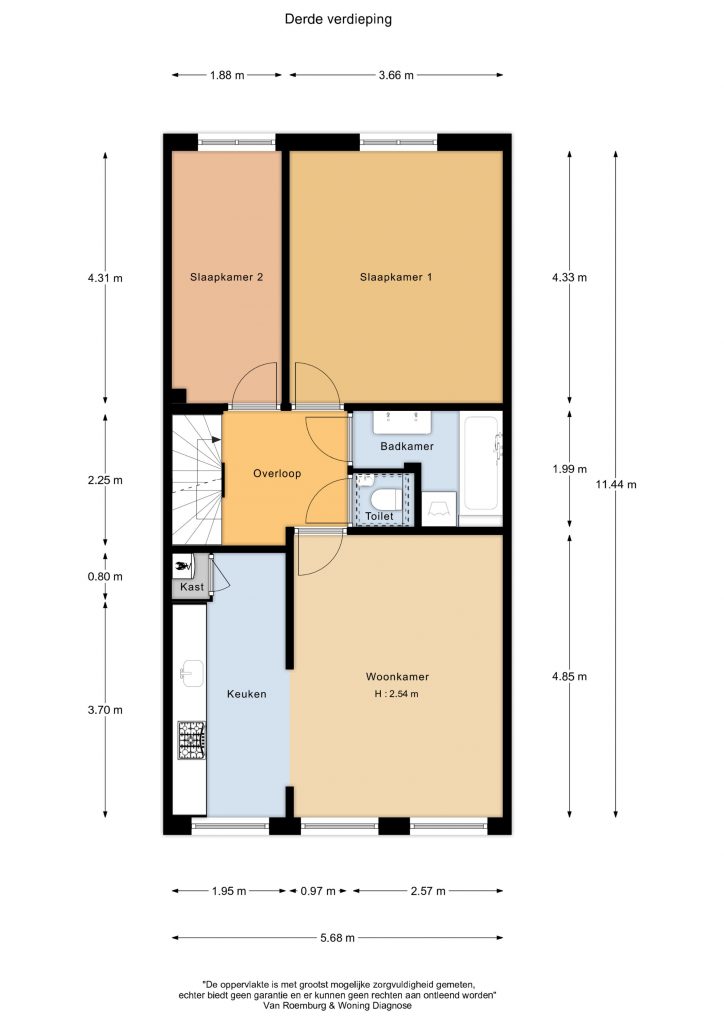 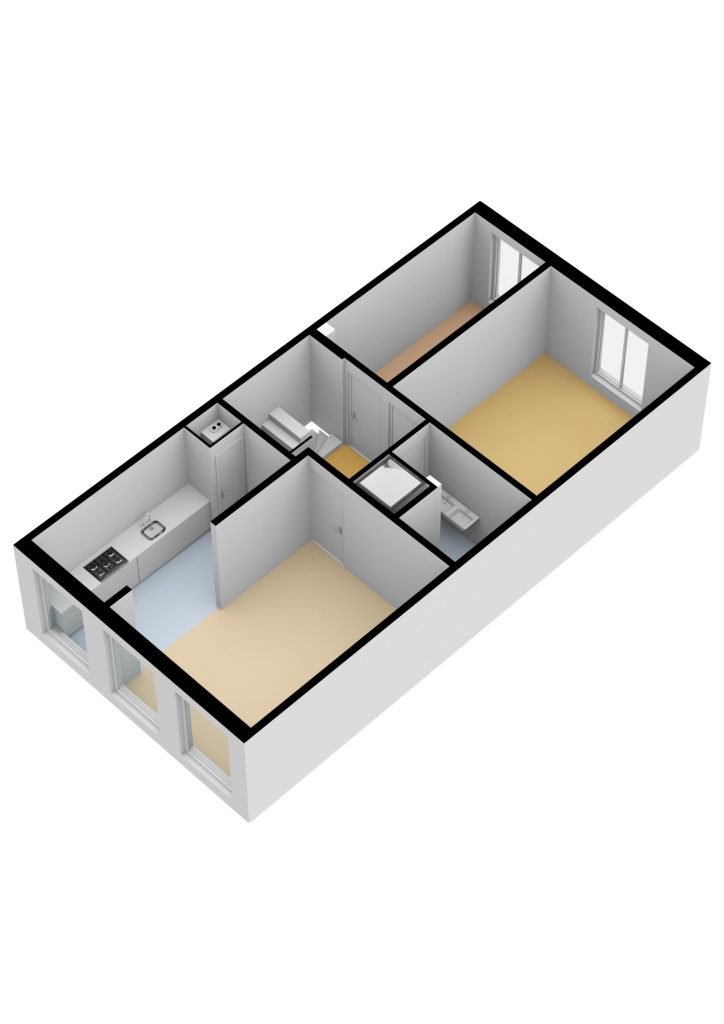 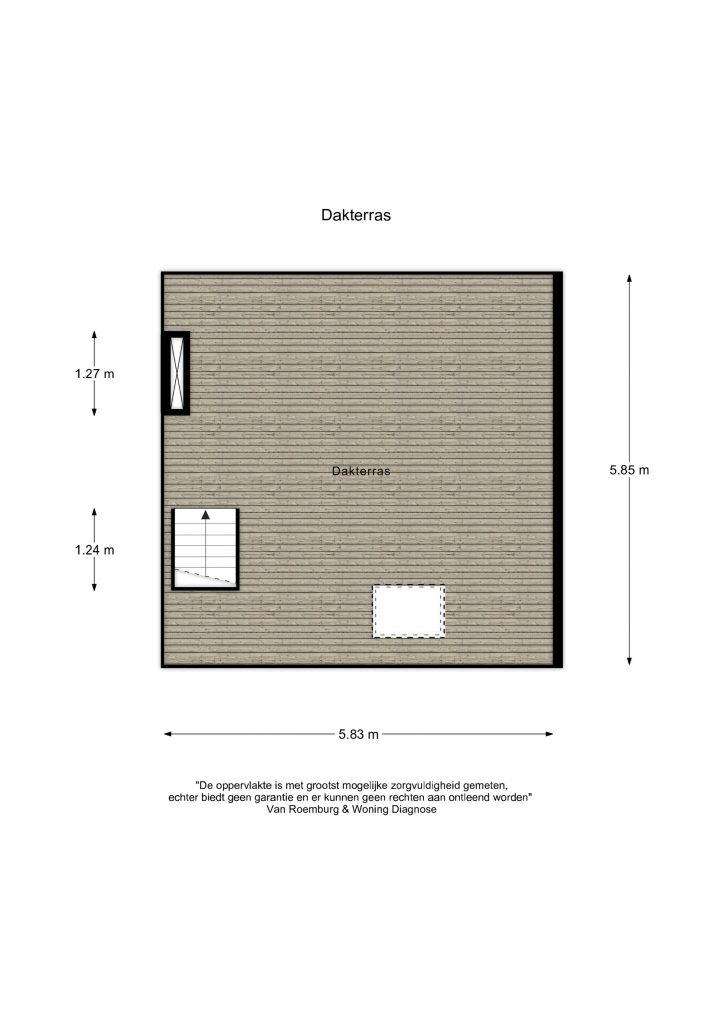 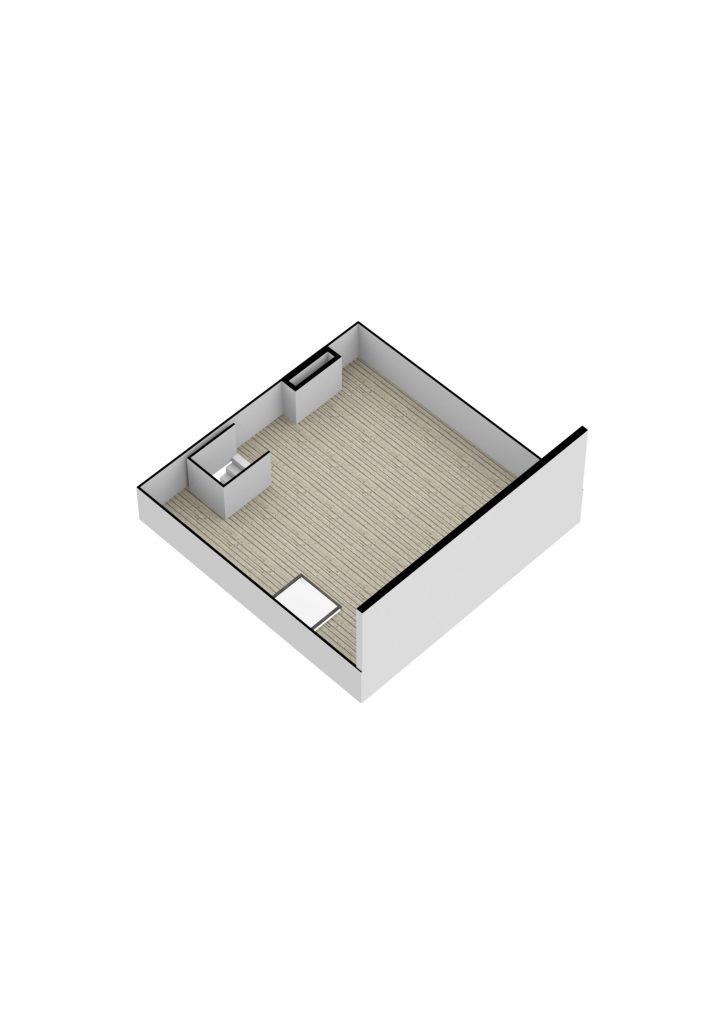 For long-term rent is this charming turnkey apartment at the Den Texstraat 5-III in Amsterdam. This fully furnished apartment occupies 66 M2 (measured conform NEN 2850 standards) and is located on the third floor of a beautiful building dating from 1881. On this floor there is a bright living room at the front with fully equipped kitchen in modern stainless steel and a spacious pantry. Combi-boiler and dishwasher were newly installed, along with Nespresso machine and a large refrigerator with freezer. The bedroom at the rear has a spacious closet and has a beautiful view of the inner-gardens. The second bedroom is multifuncional as a study, nursery and guest room because of the presence of a newly installed fold-out cabinet bed. The bathroom has a bathtub and double sink and a recently renewed ‘addwash’ washing machine. Pièce-de-Résistance is a beautiful roof terrace with lounge corner of 34 M2 where you can enjoy the sun all day long. Tailor made outdoor cushions, bedlinen and towels are provided.

The Den Texstraat is located in the heart of Amsterdam and is adjacent to the Pijp: a stone’s throw from the Museumplein and the canal district on the one hand, and within walking distance of the Utrechtsestraat, Amstel River and Plantage neighborhood on the other. A more central location is hard to imagine. The Den Texstraat is a parallel street between the Weteringschans and the Stadhouderskade, in the city center, within the old boundaries of the Singelgracht. The street, named after the Amsterdam mayor who held the office of Lord Mayor between 1868-1879, is part of the new housing estates that were built after 1865 around the Paleis van Volksvlijt (a large exhibition hall) at the Frederiksplein, which had been completed shortly before. (1). The Paleis voor Volksvlijt was a large glass exhibition building on Frederiksplein in Amsterdam, just in front of where the building of the Nederlandsche Bank (the Central Bank of the Netherlands, founded by King William I in 1814). It was realized by the Vereeniging voor Volksvlijt between 1859 and 1864. In April 1929 the palace of Volksvlijt was destroyed by fire.

Amsterdam had expanded in the late nineteenth century as it had not done in two centuries. Along the line of the old defensive walls, a city ring had been constructed with metropolitan character: the Weteringschans and the Sarphatistraat, lined with stately residences and grand hotels such as the Amstel Hotel and the American Hotel. (2).

In 2006, the relatively wide Den Texstraat was voted one of the best streets to live in in Amsterdam by the readers of the Parool. (3). Thanks to the beautiful Oriental Plane Trees, the Den Texstraat is an exceptionally green street leading to the Weteringsplantsoen. Here too it is nice to relax under the monumental Canadian poplars and white horse chestnuts, which are recognized by the National Tree Foundation as monumental trees. (3). Next to the Weteringsplantsoen is a fully enclosed playground for children, hidden by greenery. Here you will meet fellow residents with coffee and a croissant from the well-known local baker Simon Meijssen around the corner.

The location has excellent accessibility, the North/South line metro stop within walking distance, streetcar lines 4, 7 and 10 are nearby and there is fast access to the Ring.