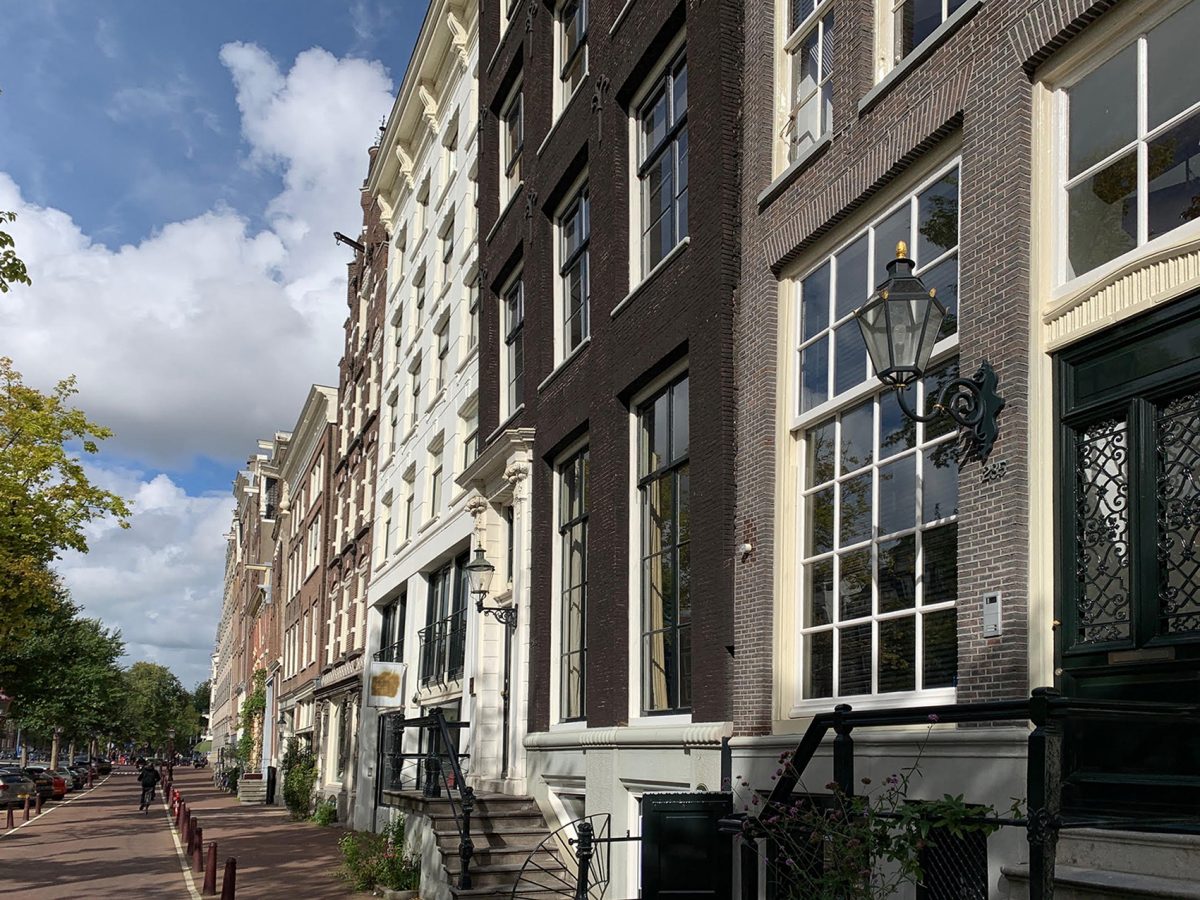 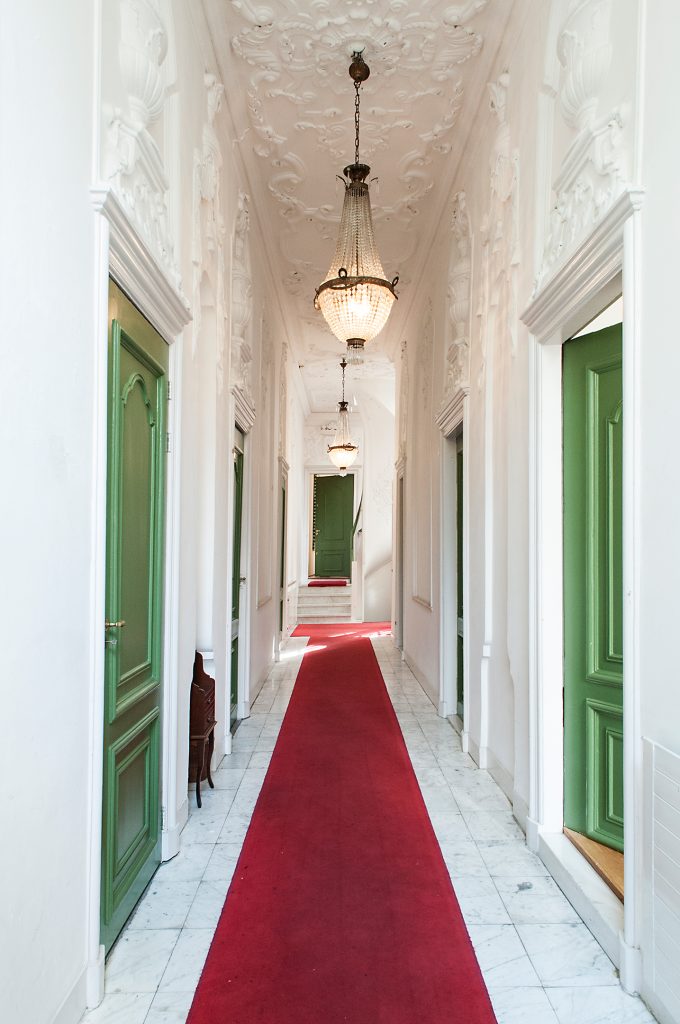 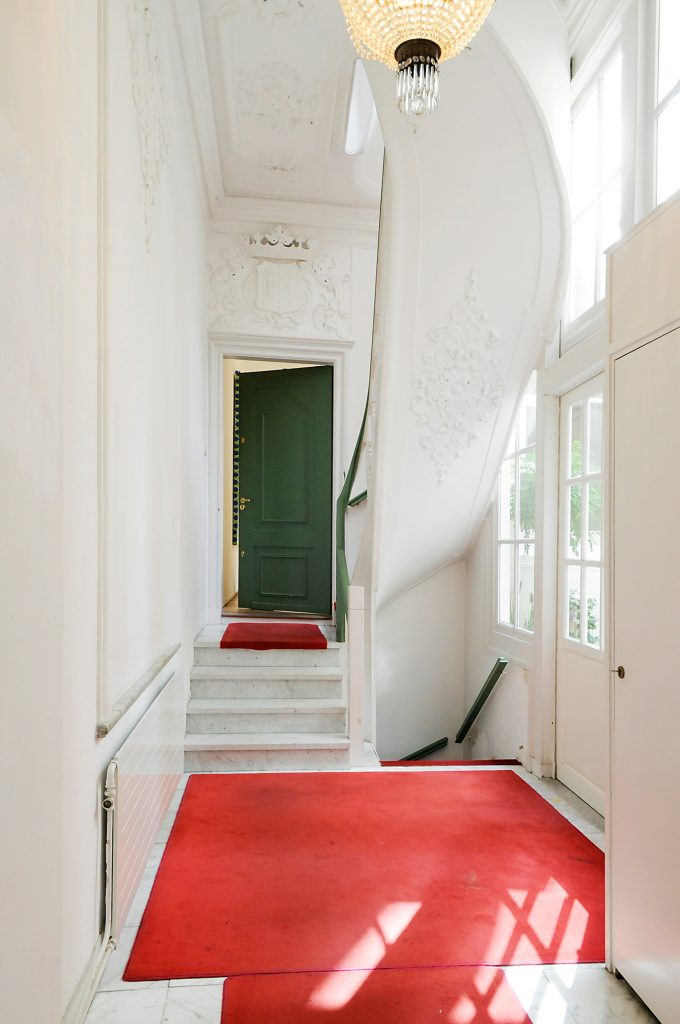 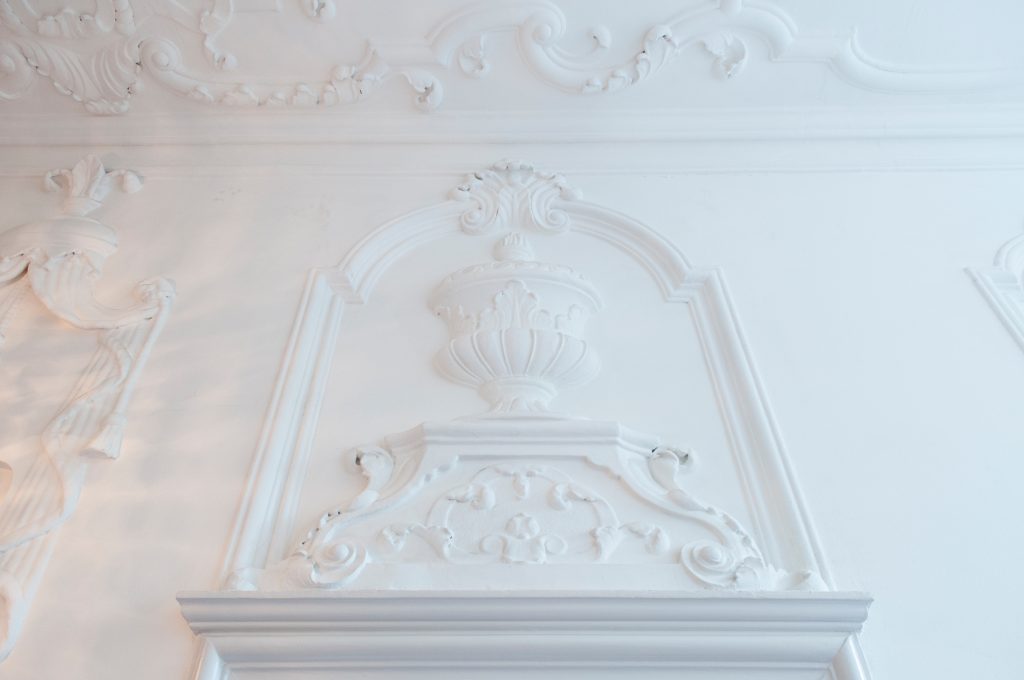 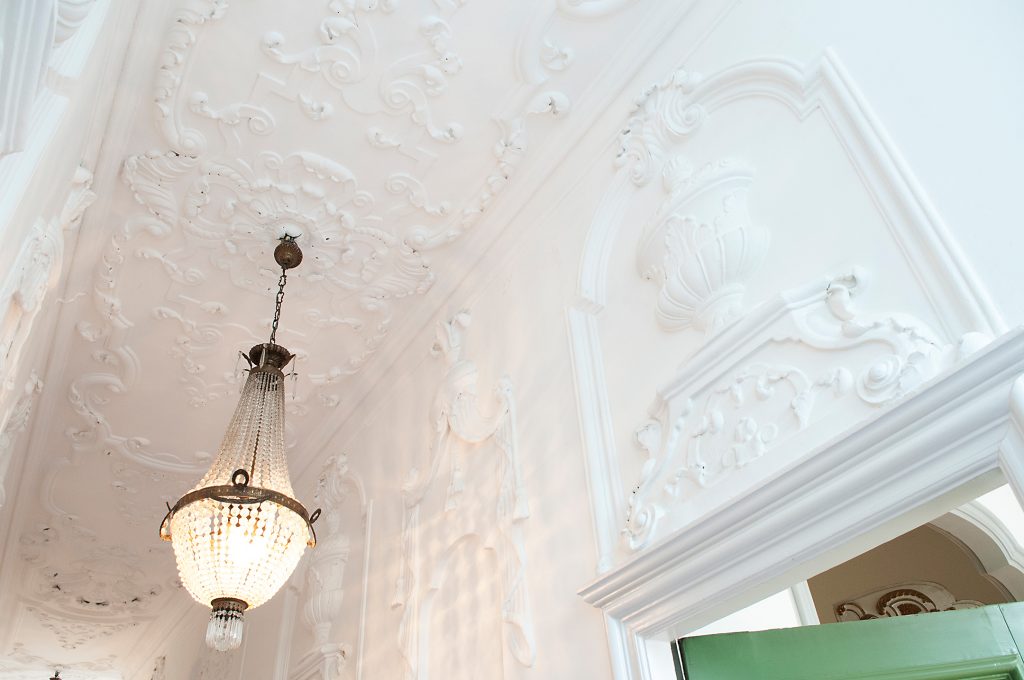 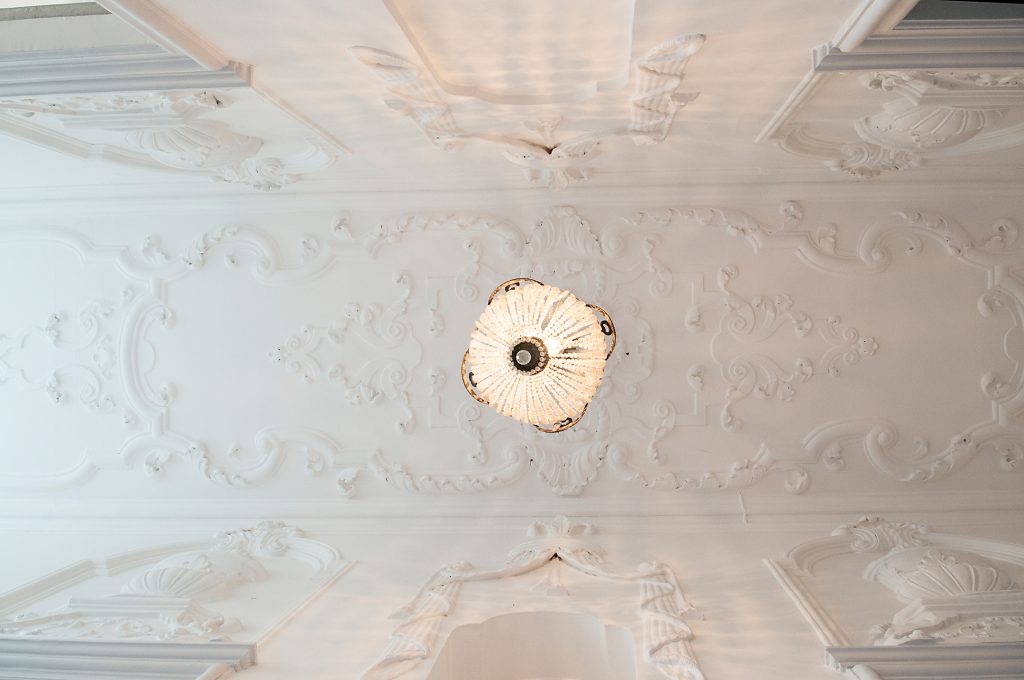 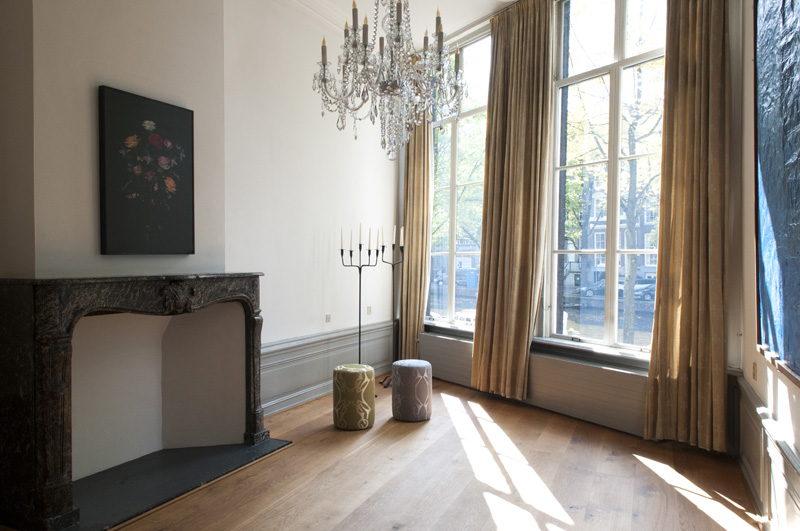 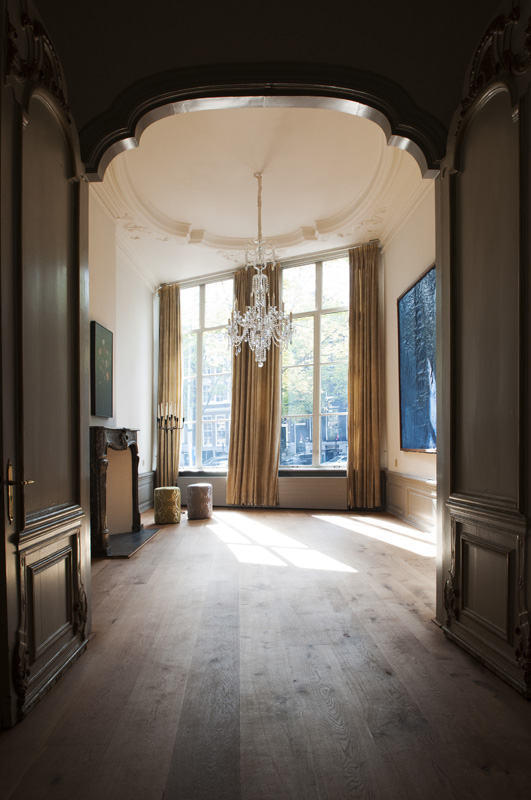 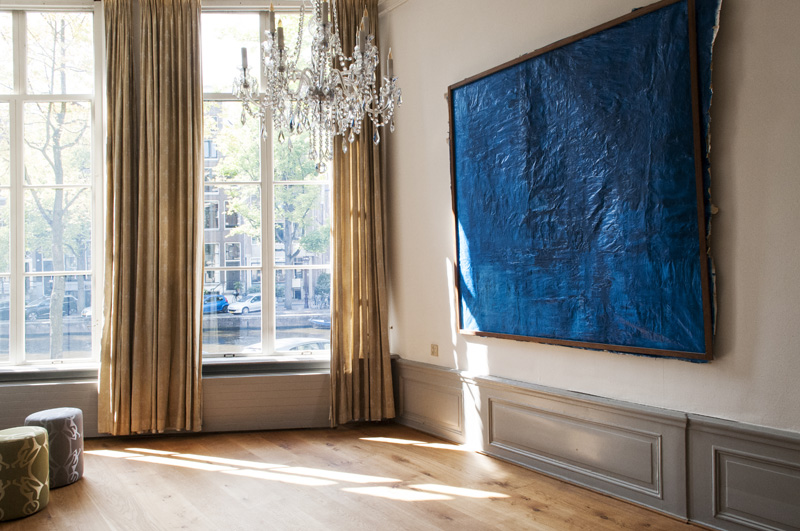 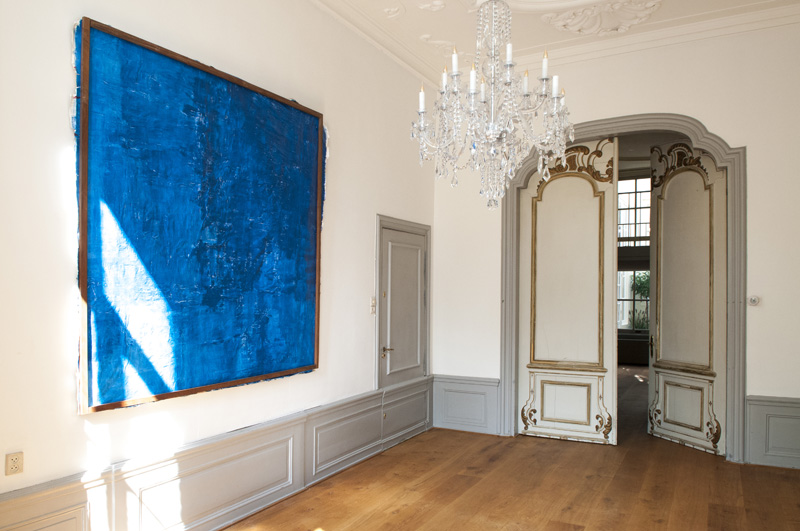 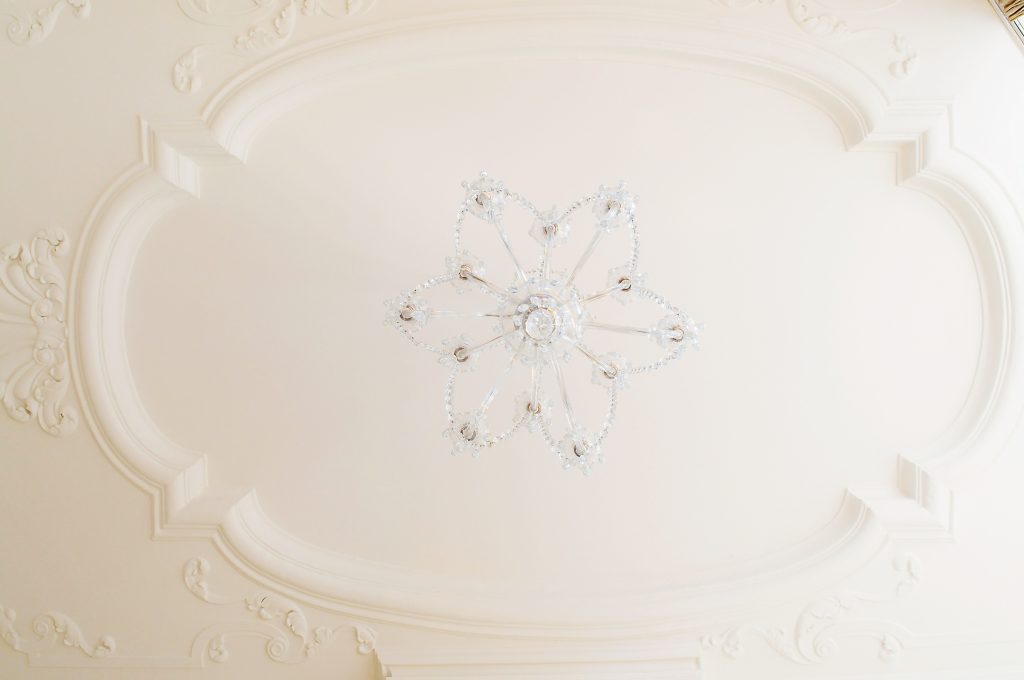 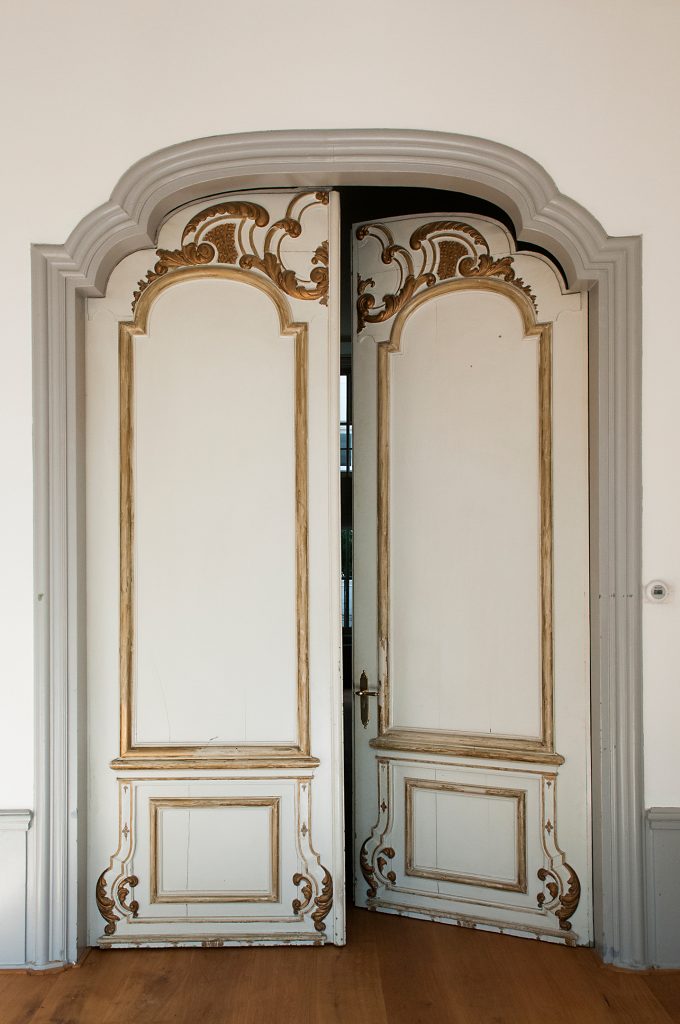 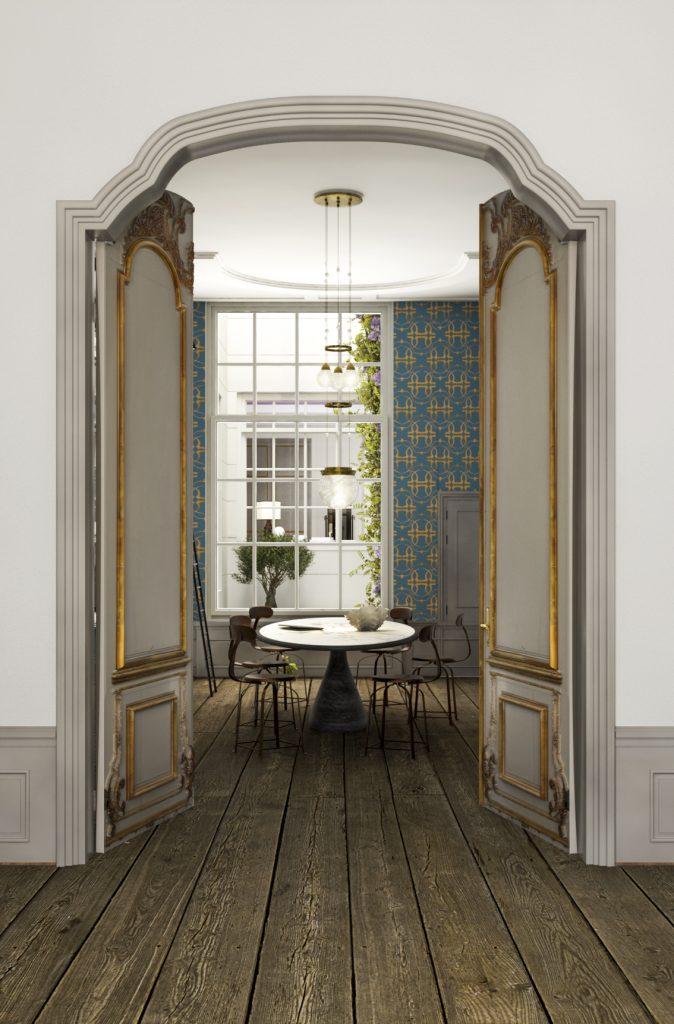 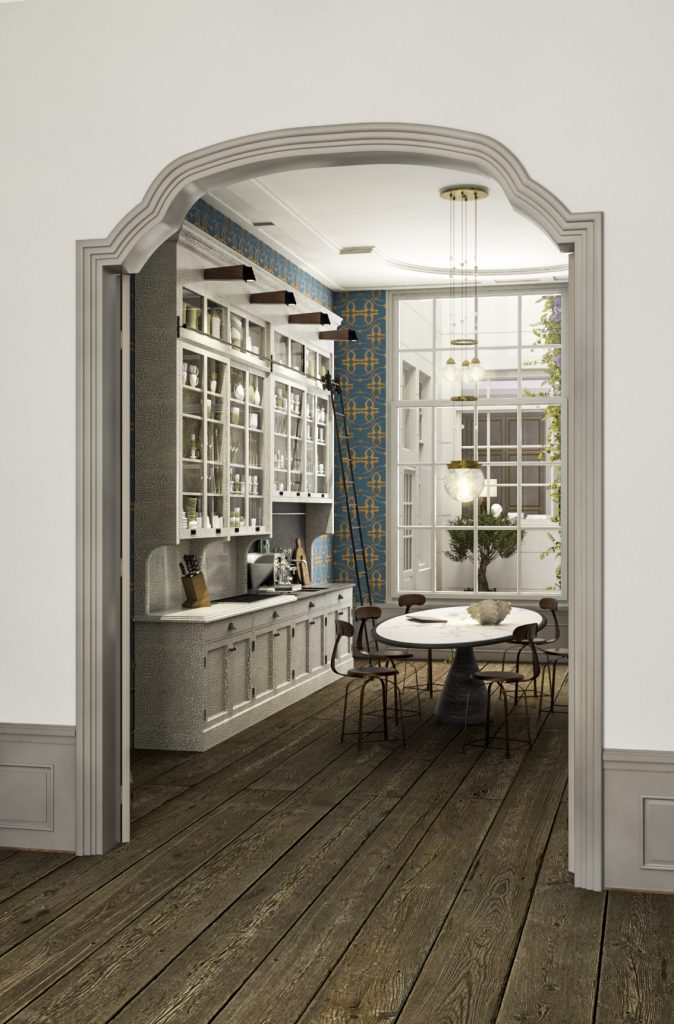 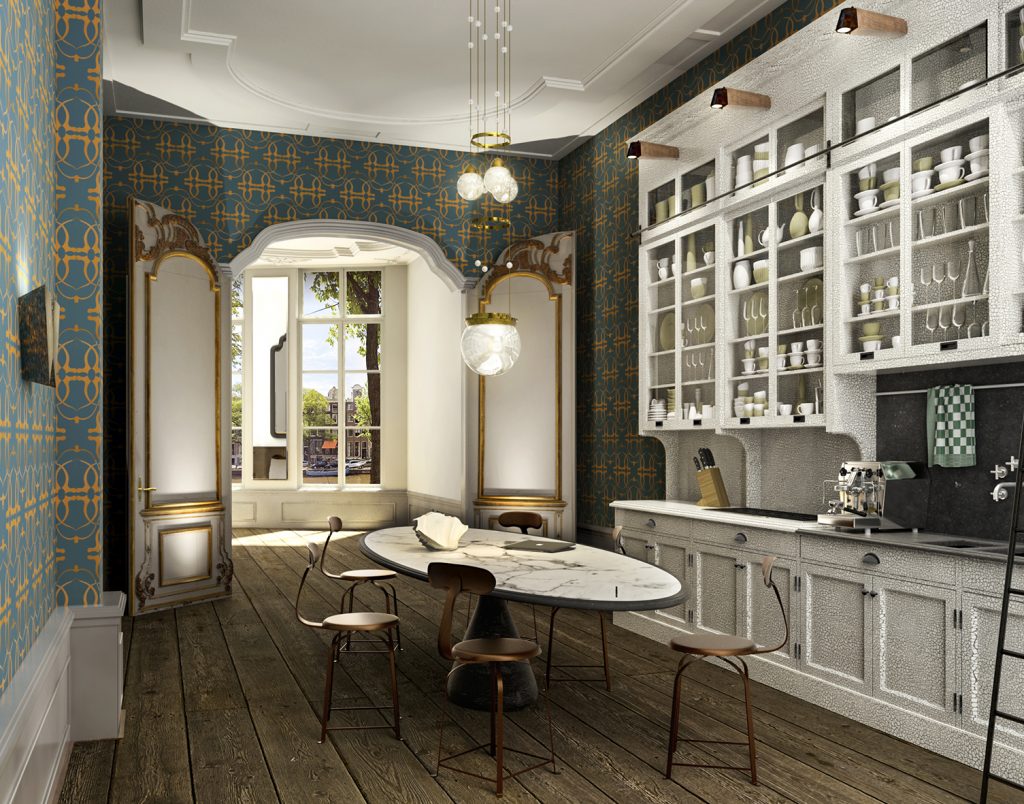 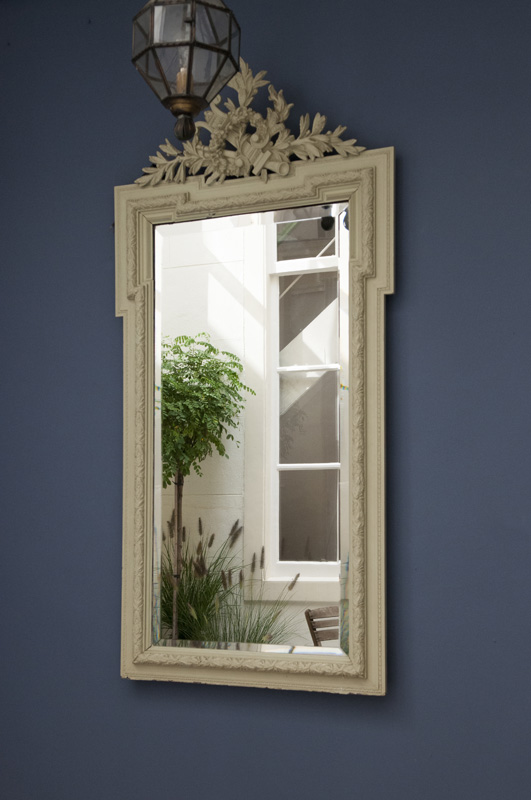 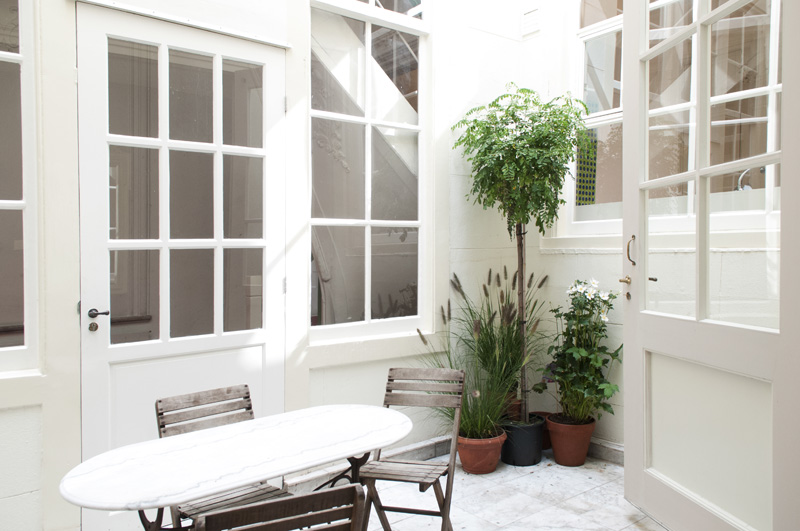 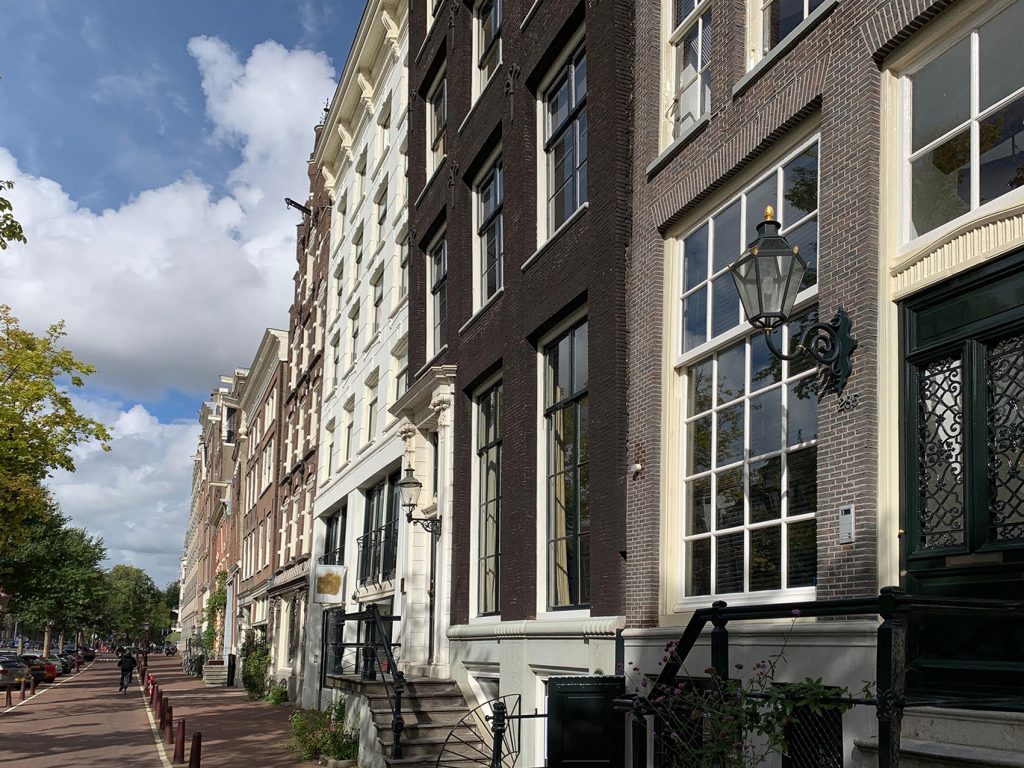 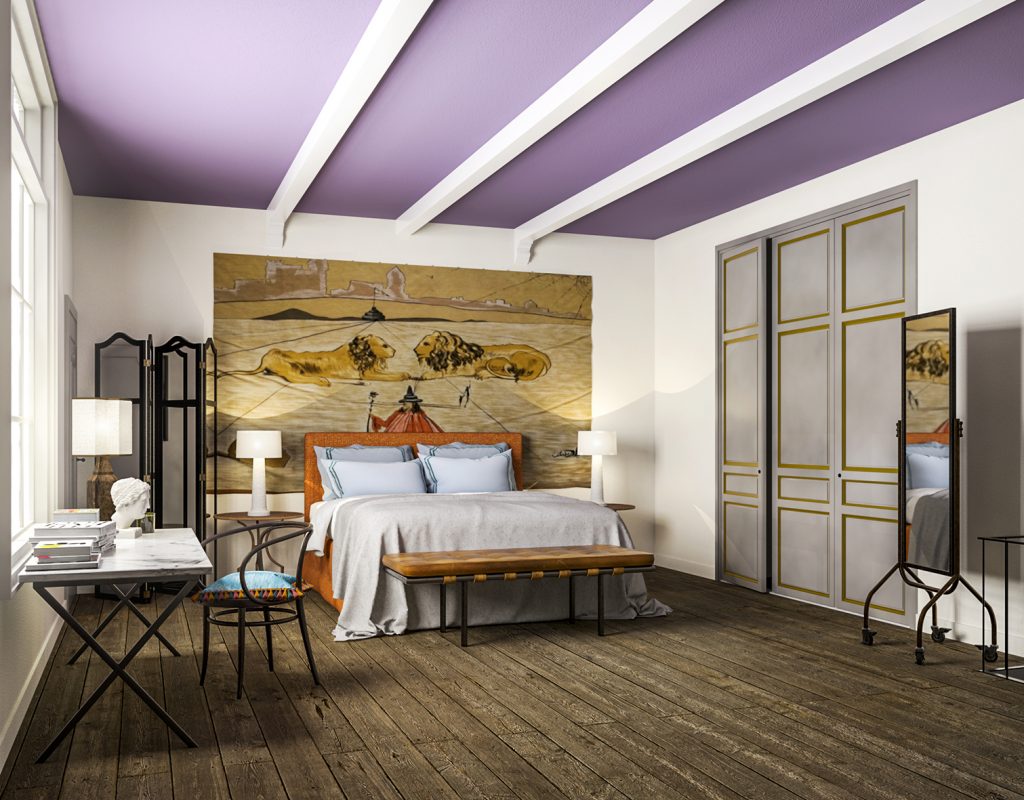 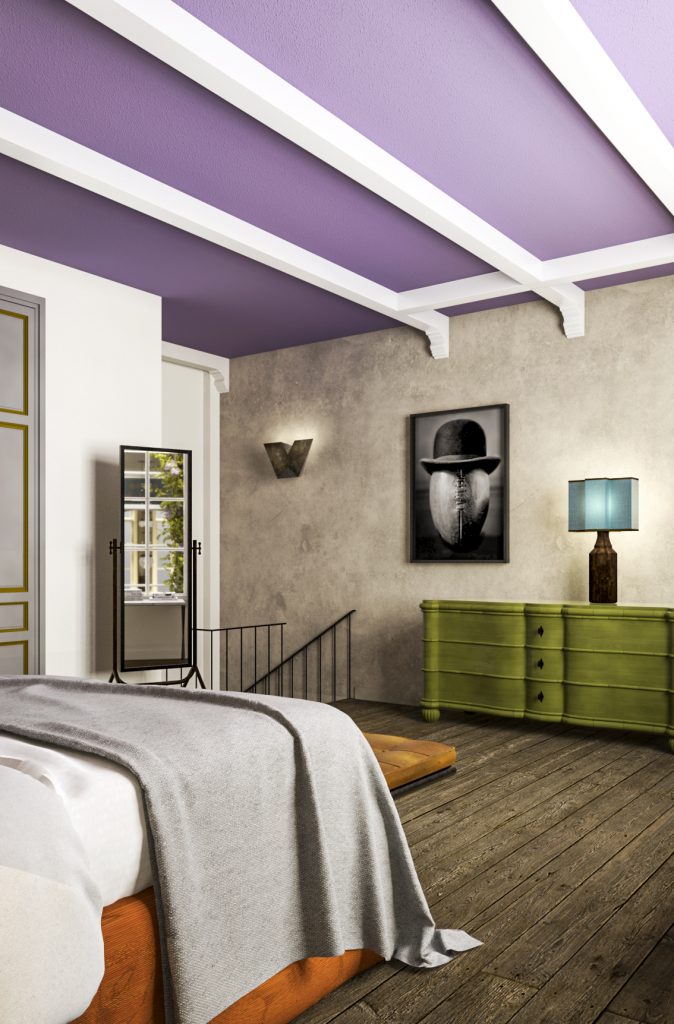 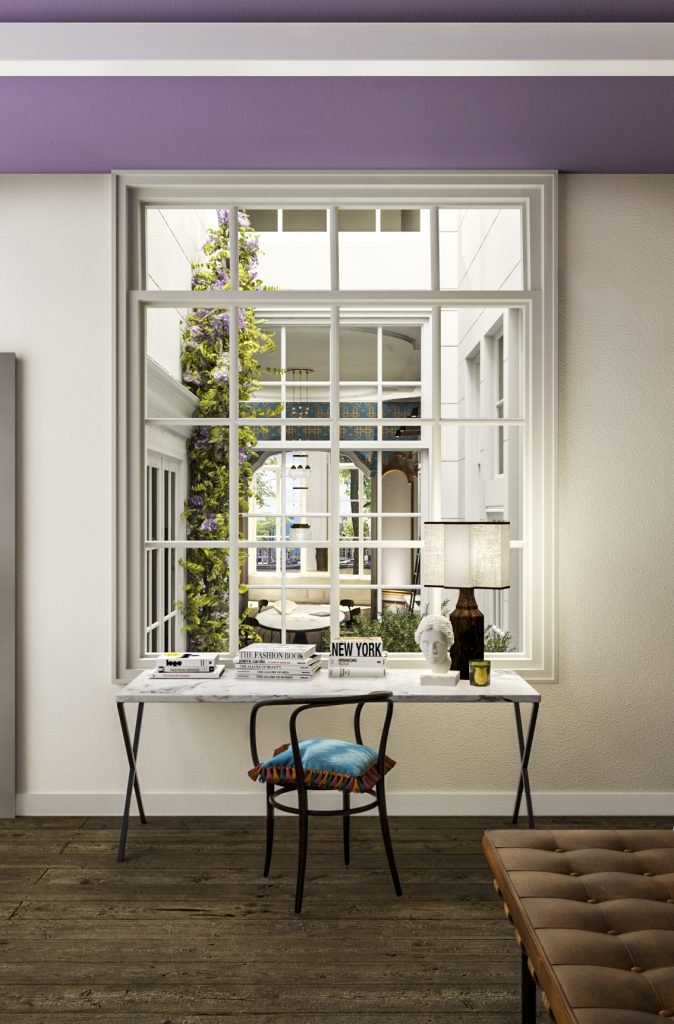 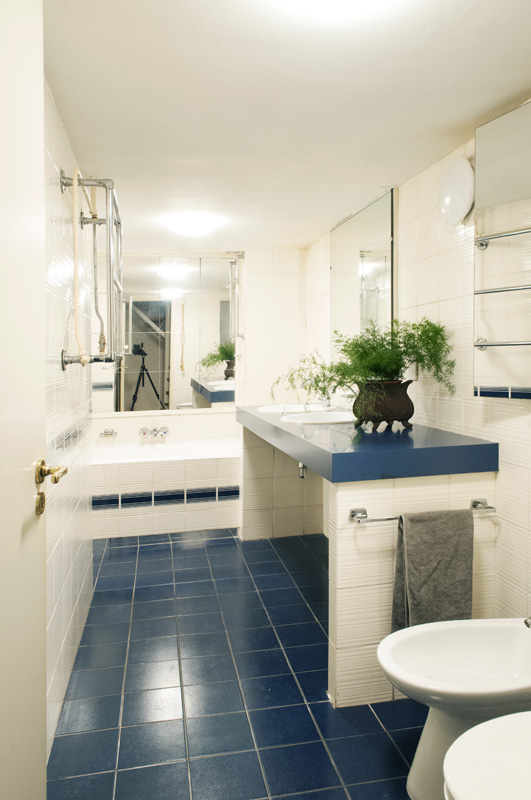 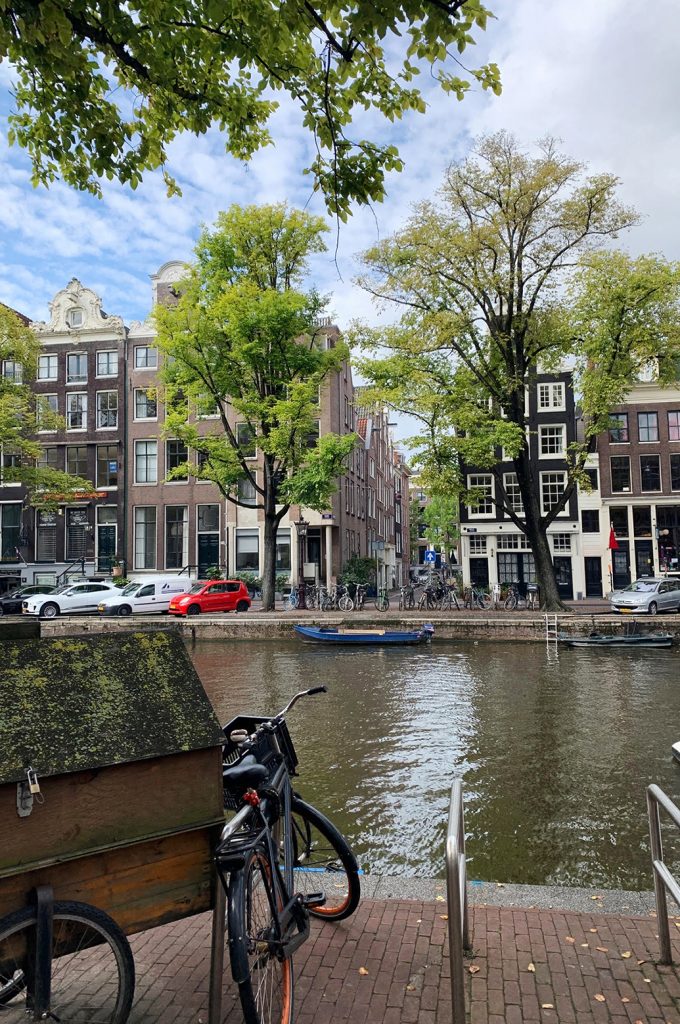 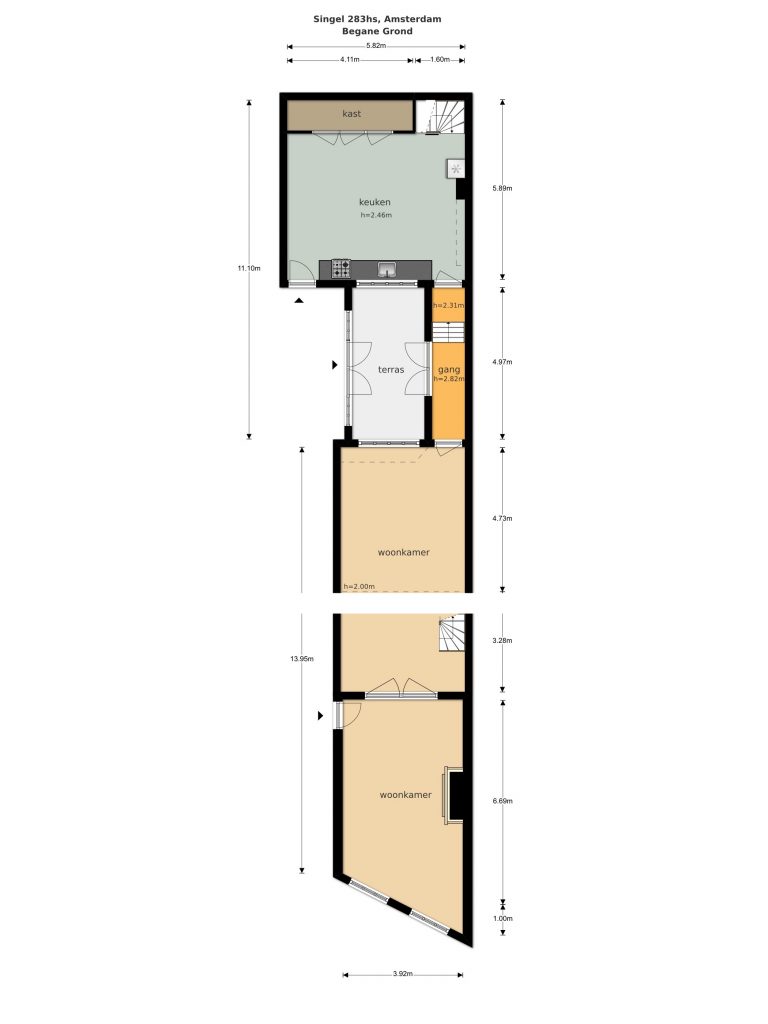 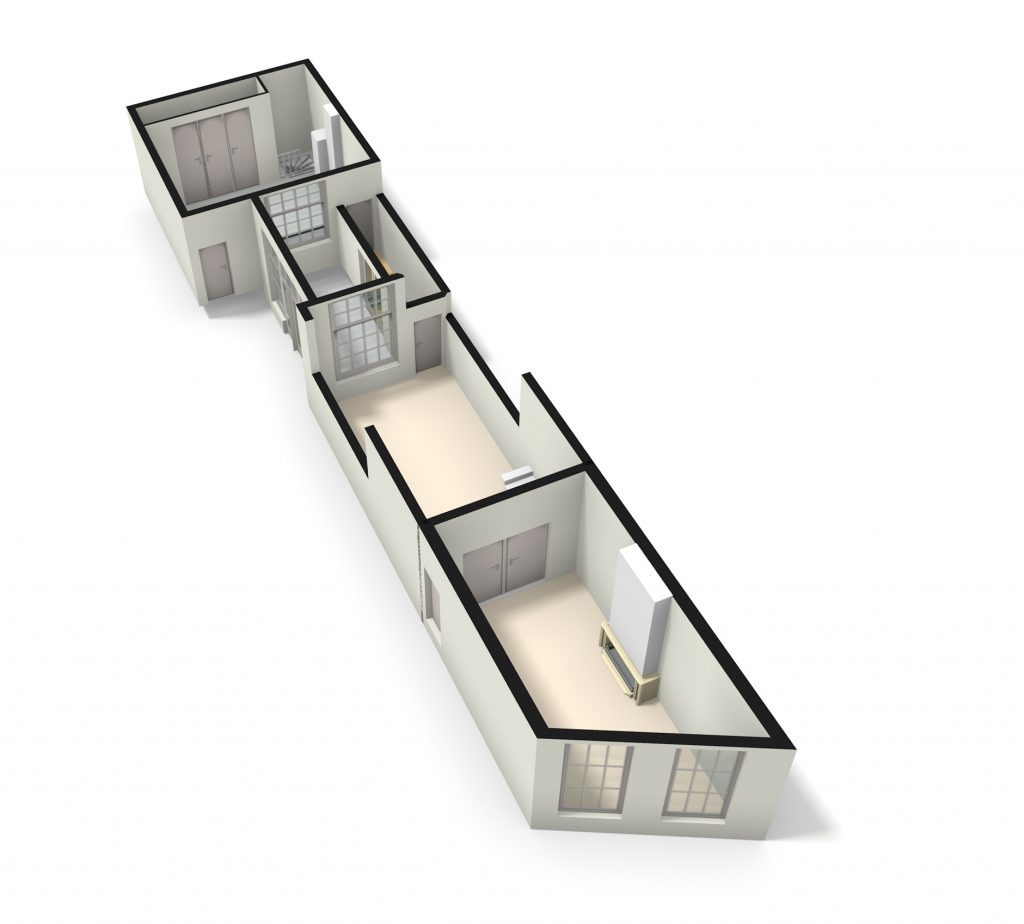 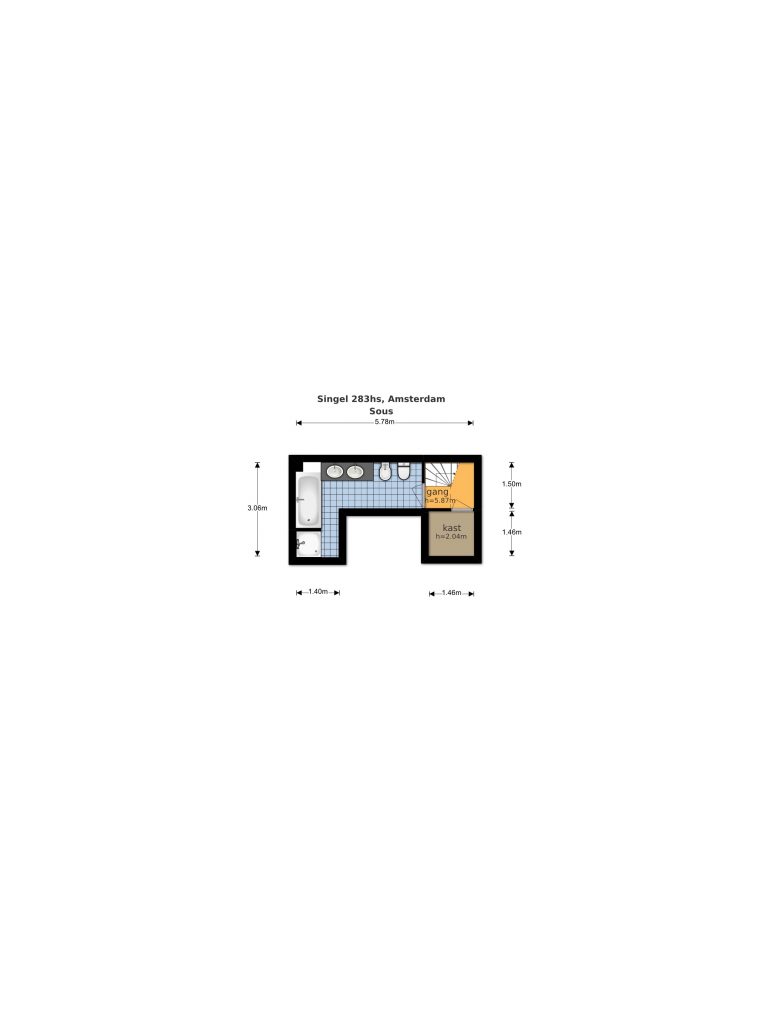 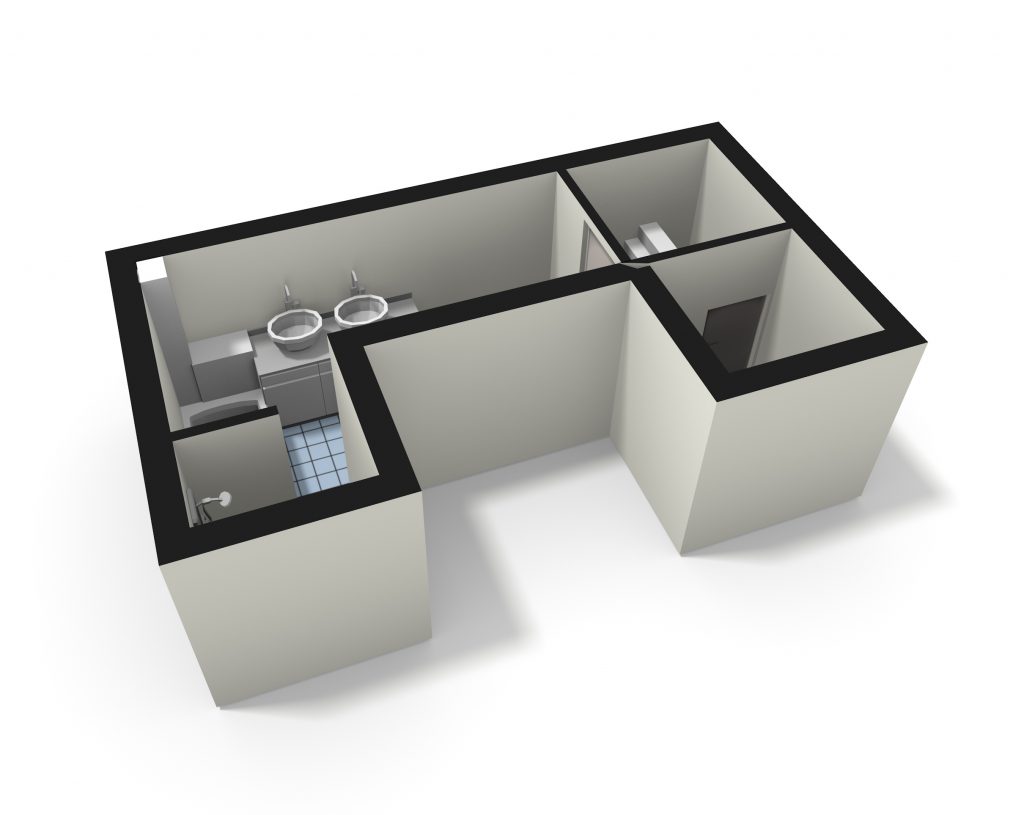 Standing in front of the facade of Singel 283, this canal does not at first sight differ much from the other canals in this part of the canal-belt. But this side of the Singel is much older than the Heren-, Keizers- and Prinsengracht and still belongs to the medieval city. This part of the city received the first major expansion in 1585, whereby the Singel was transformed from a moat into a residential moat and the first large double canal houses appeared. In the following urban expansions in the seventeenth century on the Herengracht, Keizersgracht and Prinsengracht, straight building blocks were used, but the building blocks on the Singel still followed the medieval allotment pattern with the more scenic structure of the ditch pattern. This is still recognisable in the interior to this day, where the spaces on the facade are not rectangular but have a sharp angle. The facades have been adapted to fashion over time and are similar to the facades on the other canals, but the parcellation pattern differs. Characteristic of the facade layout are the high windows on the first floor for a lot of daylight on this floor where people lived. The windows on the floors are smaller, as are the floor heights. On the highest floors, where there are now French doors in the middle, there used to be lifting shutters for the warehouse function for these floors. The lifting beam at the top of the list was indispensable for this.

When the house was given the still existing decoration scheme, Jan Pranger lived here with his second wife Machteld Muilman. A beautiful painting of Jan Pranger has been made, which hangs in the Rijksmuseum, standing in the octagonal tower of St. George d’Elmina Castle in Ghana with a view of Fort St Jago through the window. He returned from West Africa as a wealthy man in 1736 after spending 10 years in the service of the VOC in Elmina Castle in Ghana. This can be seen in the rich appearance of the first floor in particular. The corridor is still complete in the lavish attire according to the fashion of the time around 1740 in Louis XIV style. This monumental style, aimed at spatial effect and symmetry, is characterised by scrolls, palmettes, vases, foliage and bas-reliefs above the doors. The prescribed symmetry led to opposite doors in the hallway, making the building appear much wider when you think of spaces behind it. Because only on one side of the corridor does the door give access to a room; the other door is either a false door (only to complete the symmetry) or a shallow cupboard. Also special in the hallway are the two opposite niches that are reminiscent of a clock. Perhaps an idea for the new owner to place a clock there. After all, every resident puts his own stamp on the building and adds something to the building history of a monument. See for example the coat of arms above the door to the room in the back house; from which family would this weapon belong? All in all, the richly decorated ceiling, the symmetrically arranged walls, the white marble in combination with the stucco and the height of the hall make this a very pleasant entrance to the house.

Also inside the apartment, the pleasant combination of the original layout of the front and back room, courtyard and back house, the dimensions of the rooms, original elements such as doors, paneling and fireplace gives a pleasant and peaceful atmosphere. Special details such as the careful way in which the paneling continues when the door to the front room is closed and the slightly forwardly placed part of the paneling opposite the fireplace (in exactly the same size) make this apartment special, especially since it is all still there. That the front room was the main reception room is also apparent from the porte brisée (or ensuite doors) between the front and back room. In the front room they look very richly decorated, while the doors on the side of the back room are nicely profiled but much simpler than at the front. The ceilings in the front and back room also have the same distinction. This subtly indicates the hierarchy in the building. This hierarchy will also be maintained in the new situation; in the quiet, peaceful back house comes the bedroom, connected to the bathroom in the basement, the kitchen in the back room with the beautiful light from the courtyard and the living area in the front room with the unbeatable view of the canal. In the winter sitting by a fire in the beautifully subdued marble fireplace and in the summer on the bench on the sidewalk.

The characteristic layout of an Amsterdam canal house is recognisable in the placement of the spaces around the courtyard, which provides all surrounding areas with light and also provides a well-lit staircase. The windows and orientation to the south provide the beautiful light throughout the day.

All parts have of course been repainted several times over the centuries, but the craftsmanship and the love and attention with which it is made is still clearly recognisable in the small imperfections due to the many use and the ravages of time. We call this patina and the rich history of the building becomes recognisable and tangible. Think how many people have already opened the double doors and held parties. Probably also Jan Pranger’s second wife, as can be seen in the painting. The decoration above the door in the painting is reminiscent of the decoration on the doors in the hallway. Maybe the painting was made in Singel 283, we are not sure, but it must have looked something like this.

When leaving the building, note the refined eighteenth-century joint in the facade with thin ribbon joints and almost missing butt joints. It doesn’t get any better!

Bulletin KNOB 1961, Memories of the former Dutch possessions on the Gold Coast in the Rijksmuseum, R. VAN LUTTERVELT, p 249-259