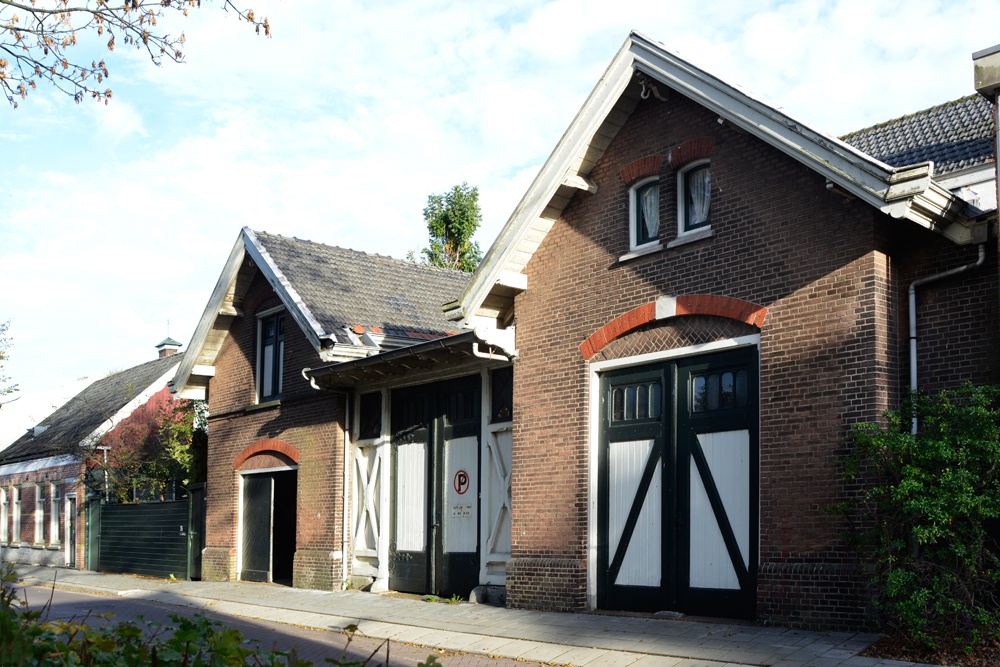 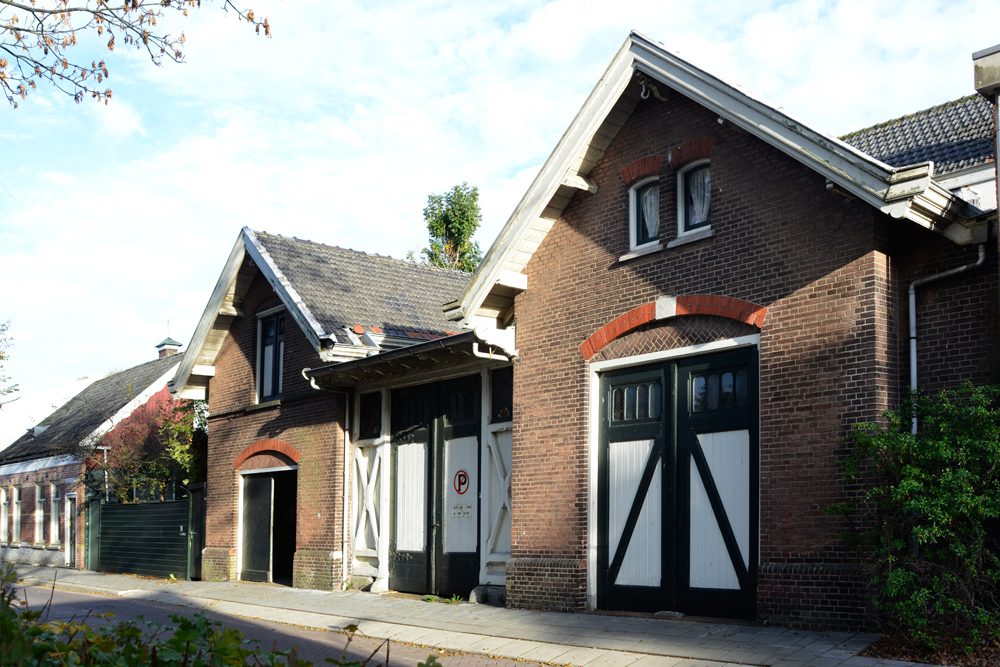 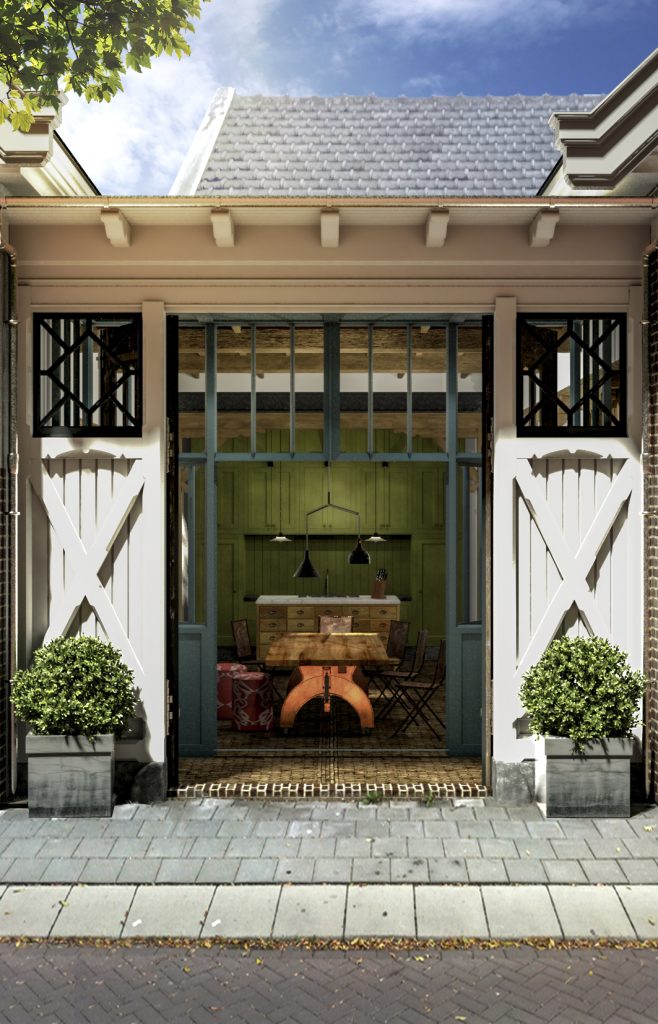 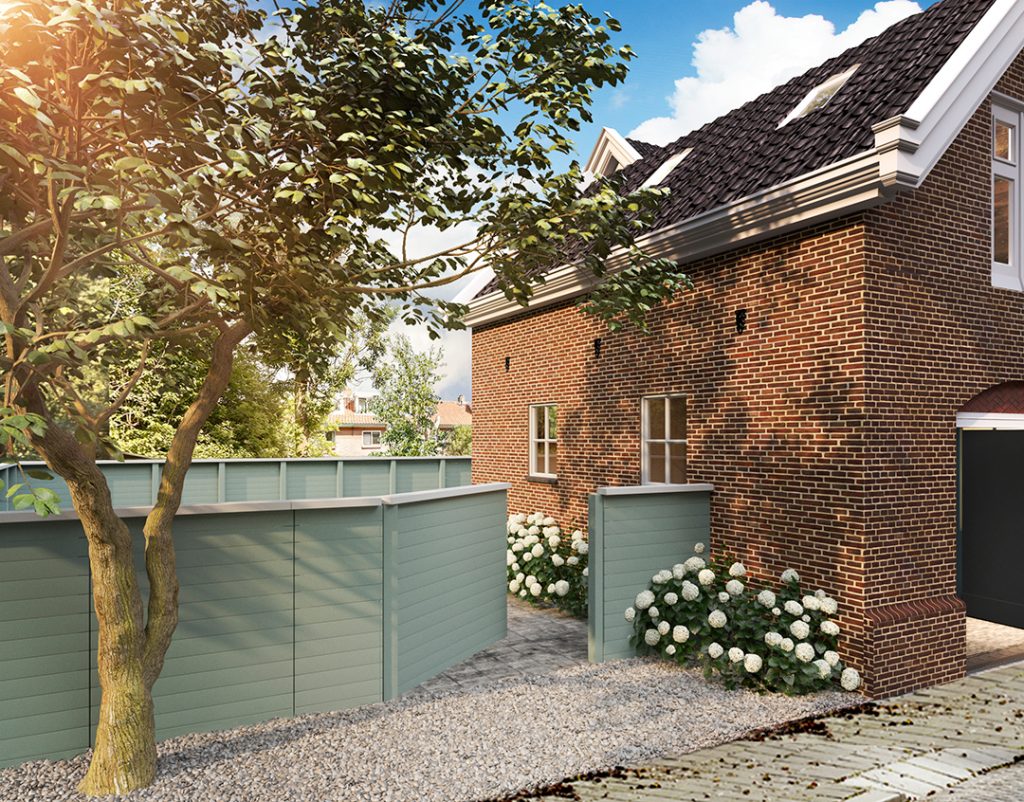 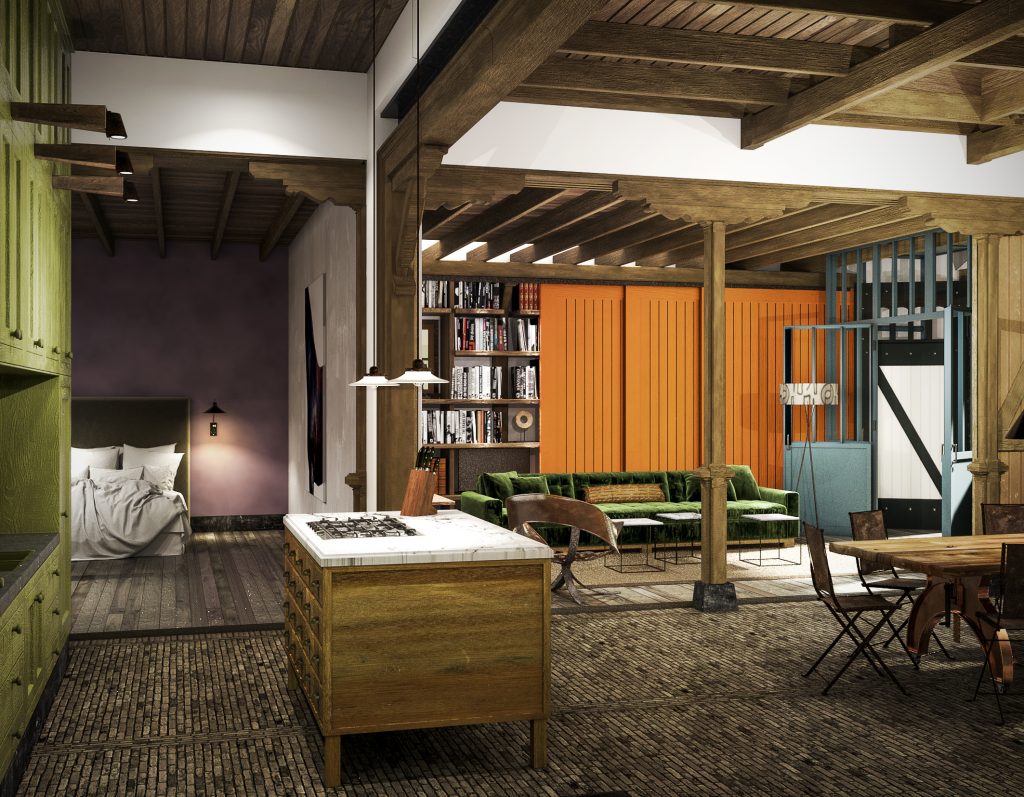 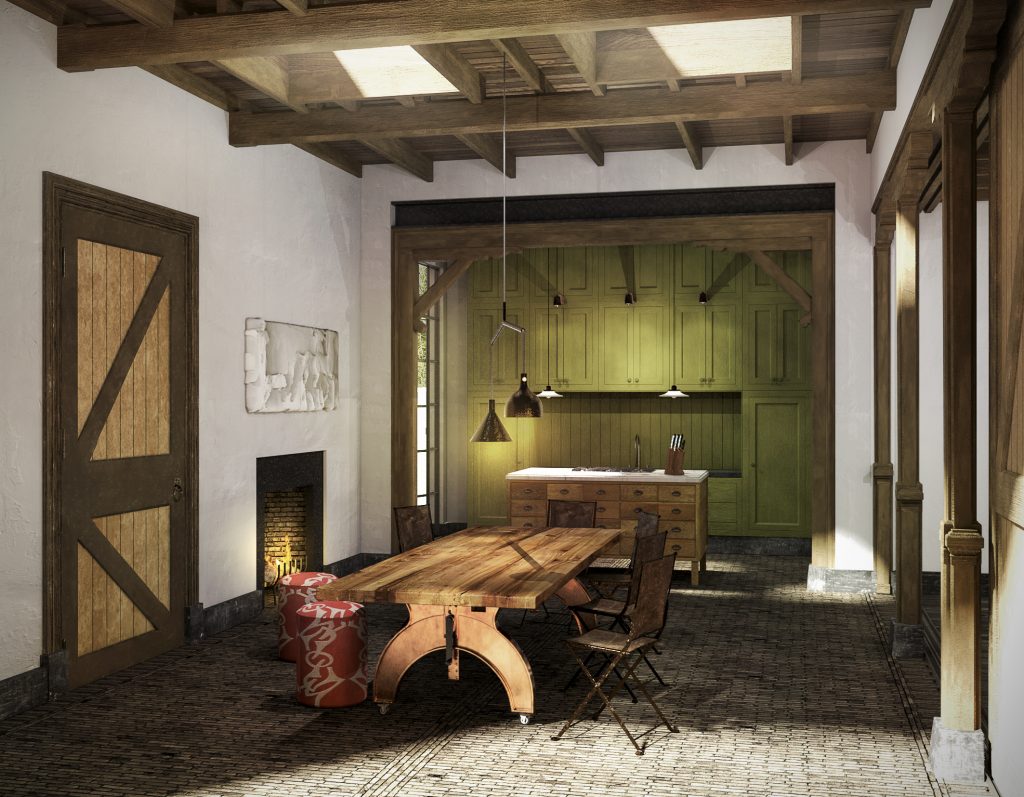 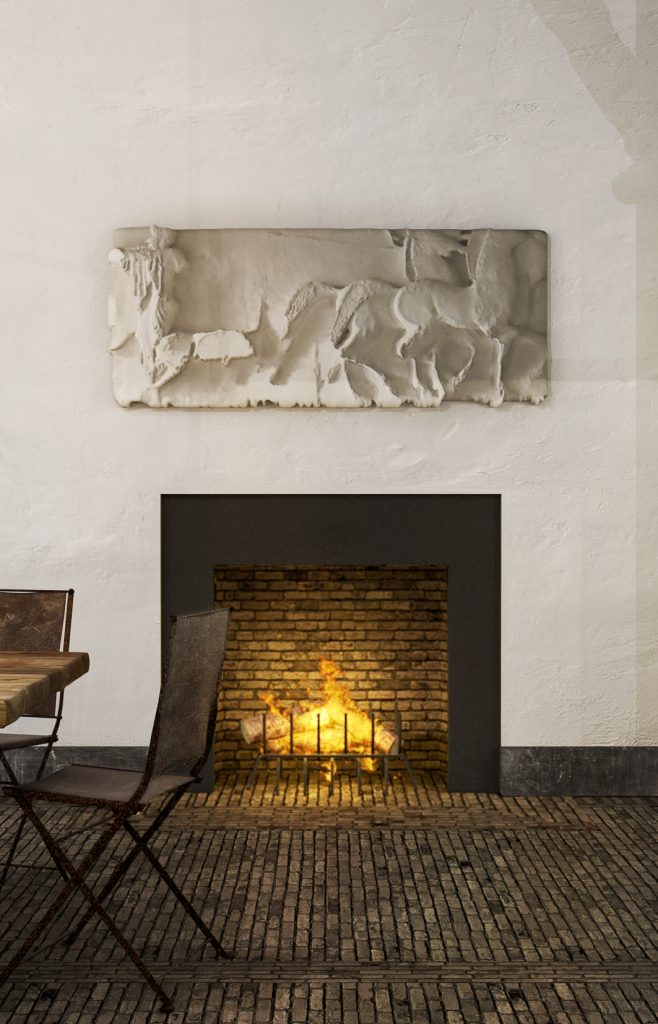 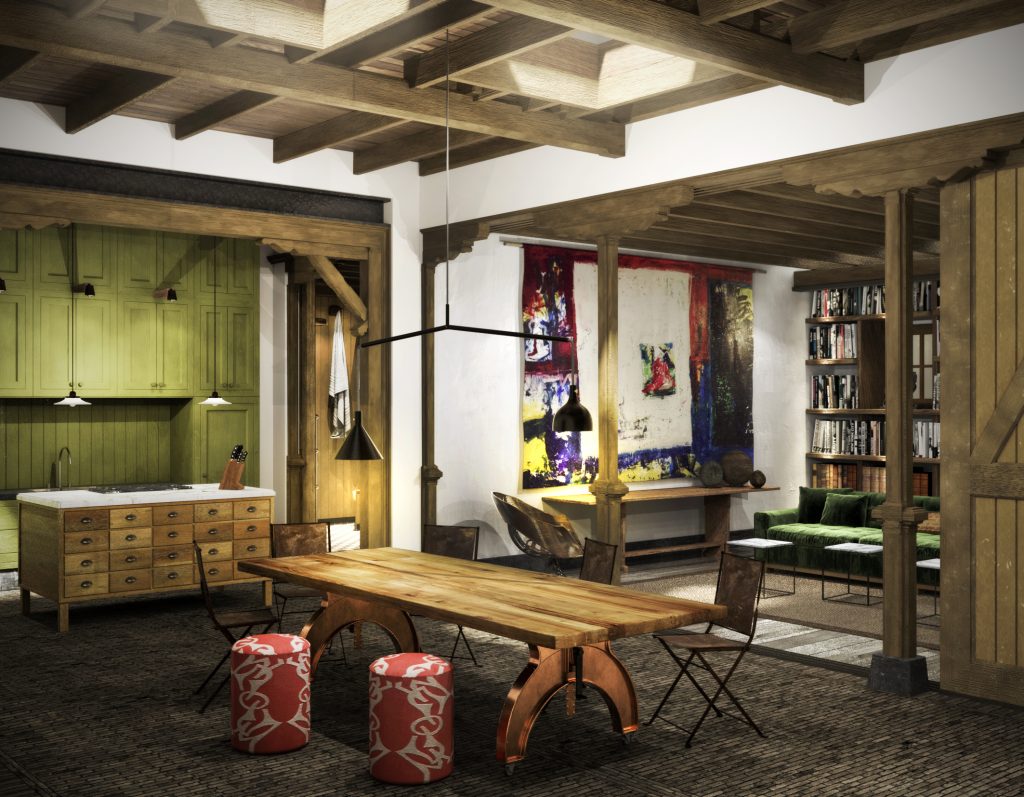 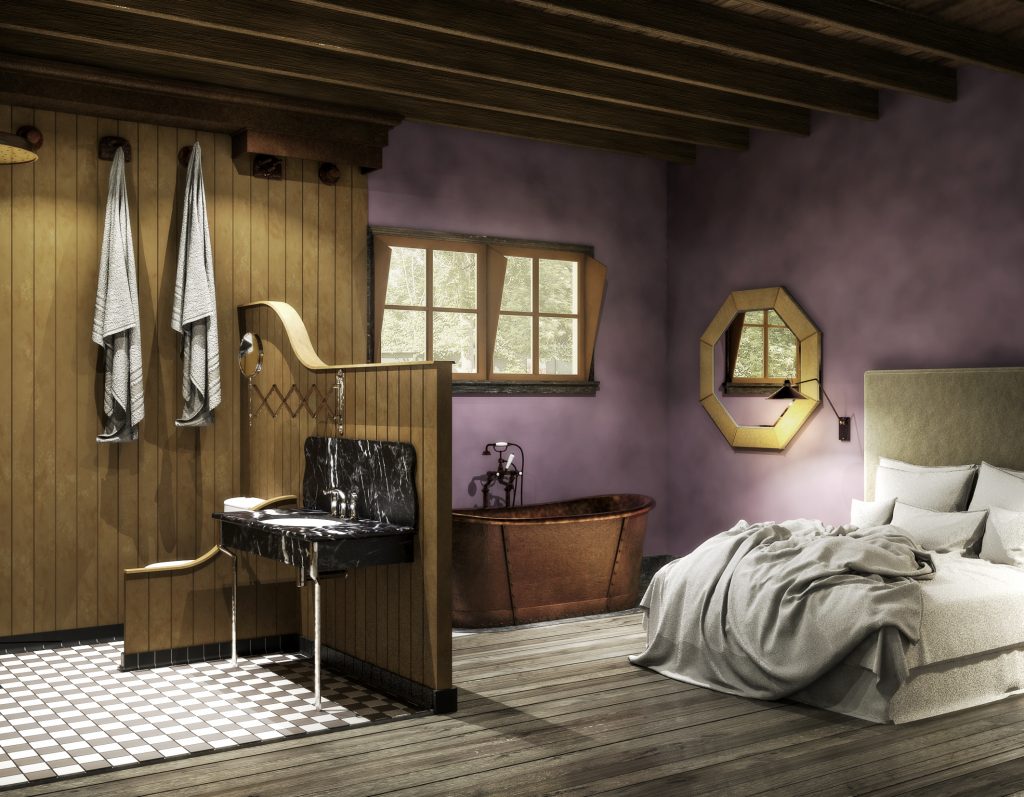 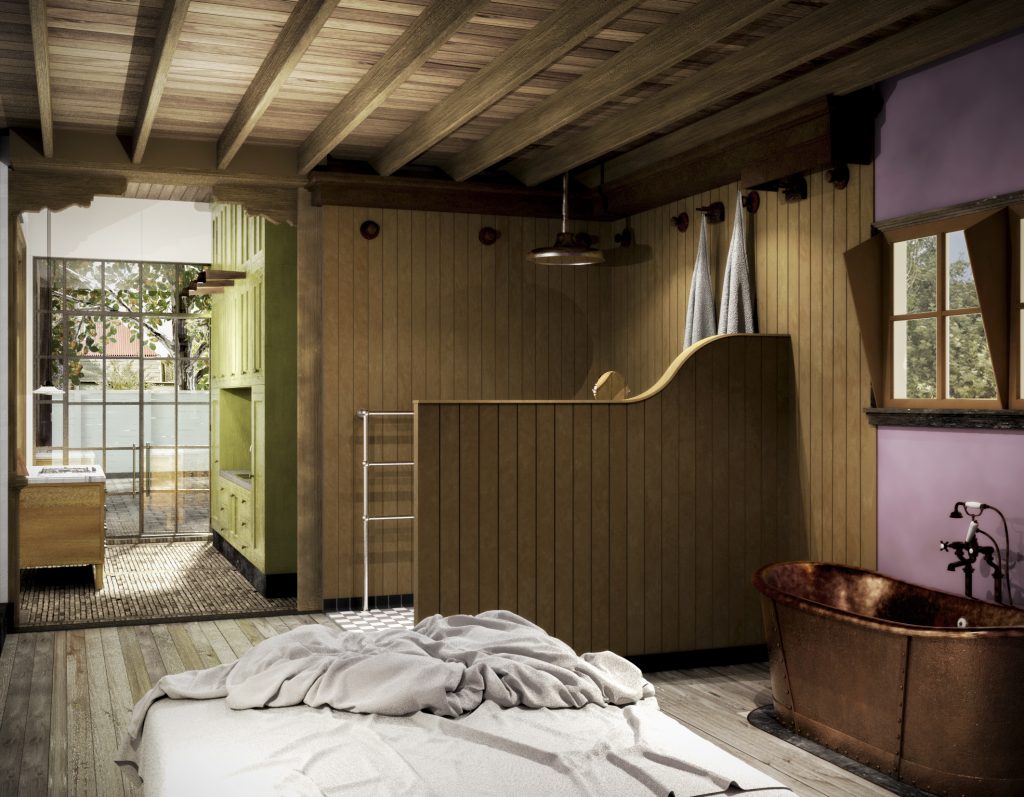 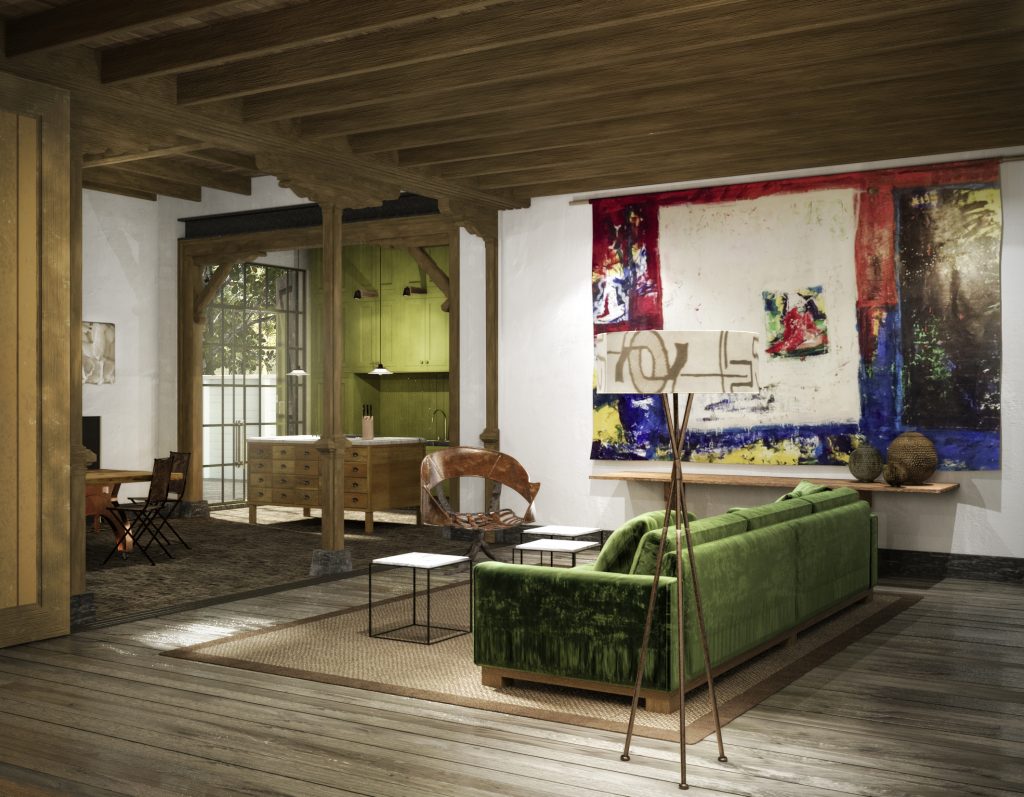 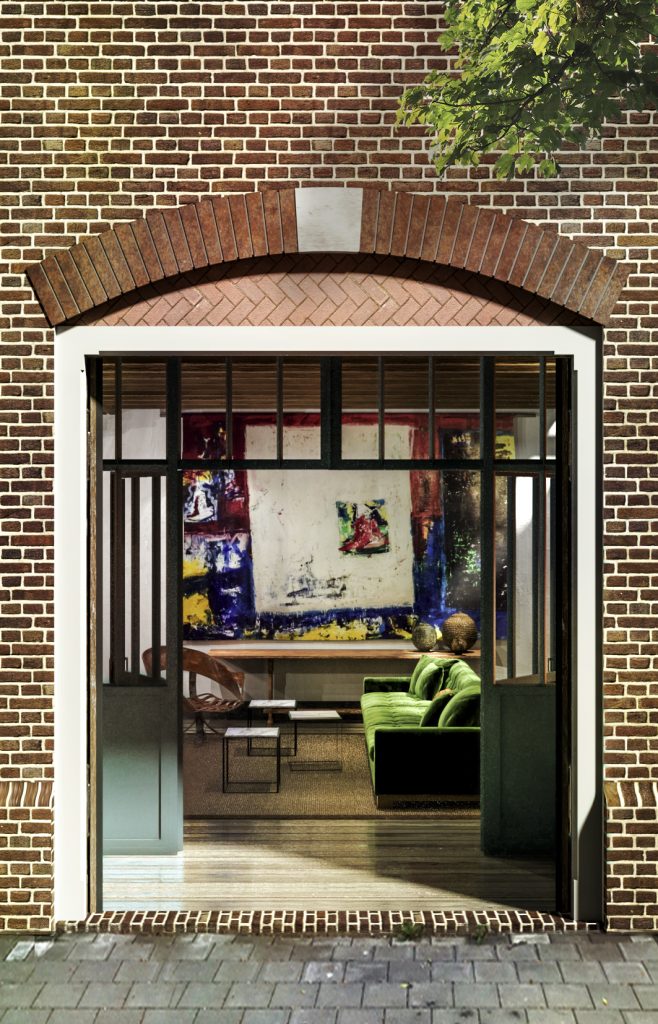 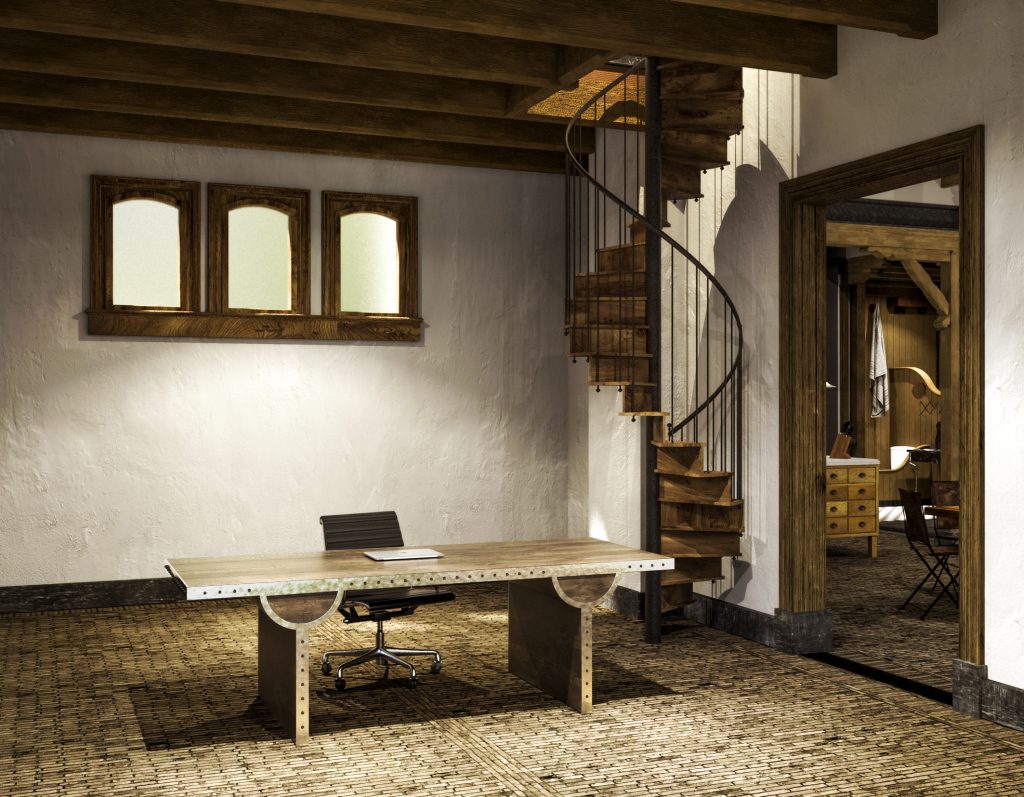 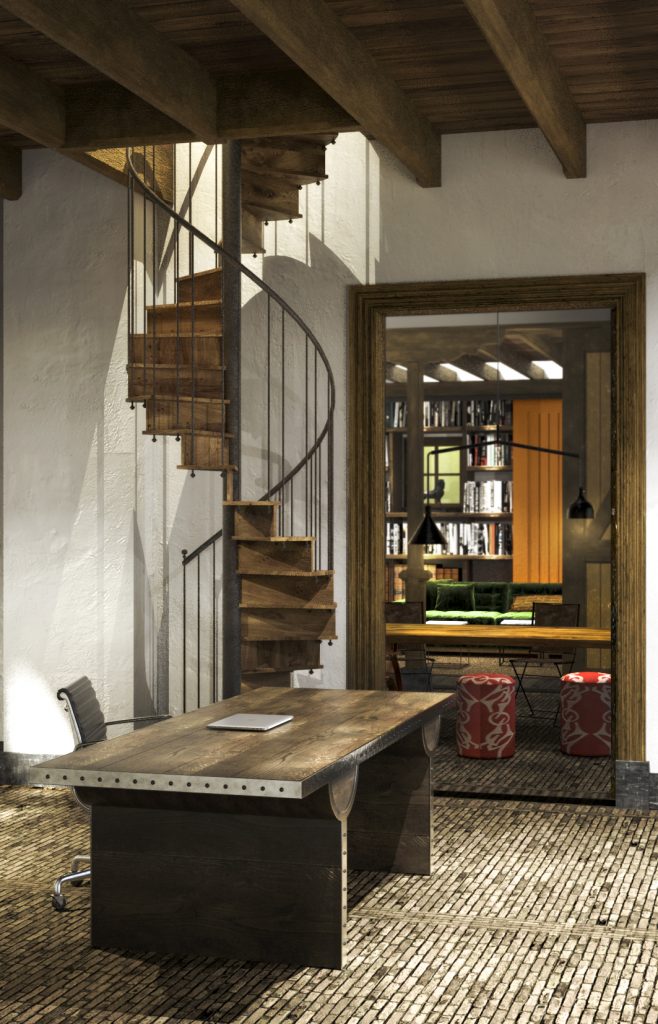 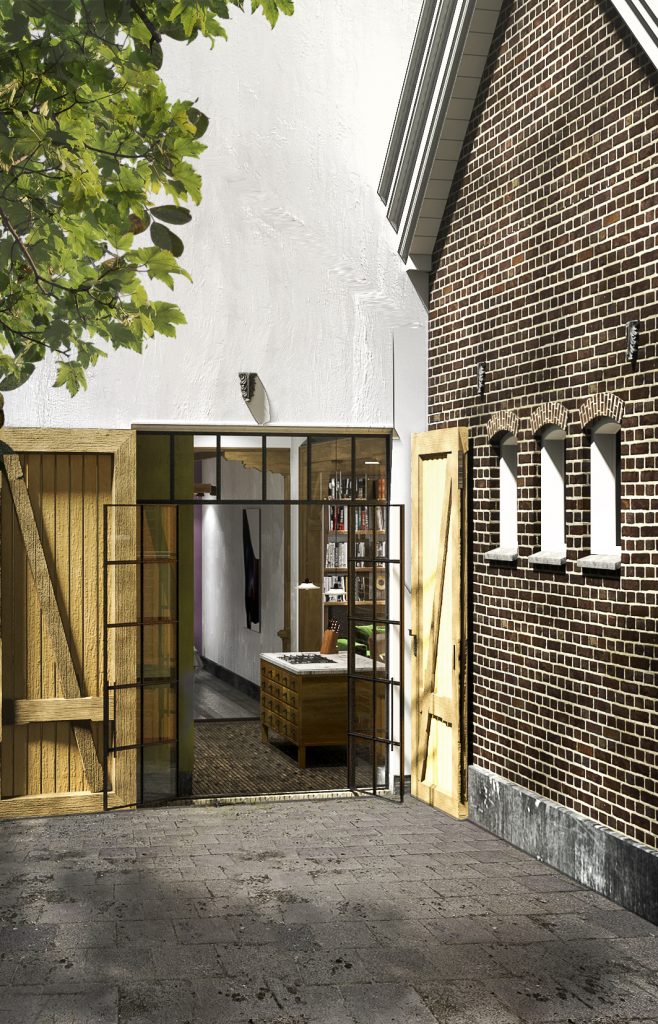 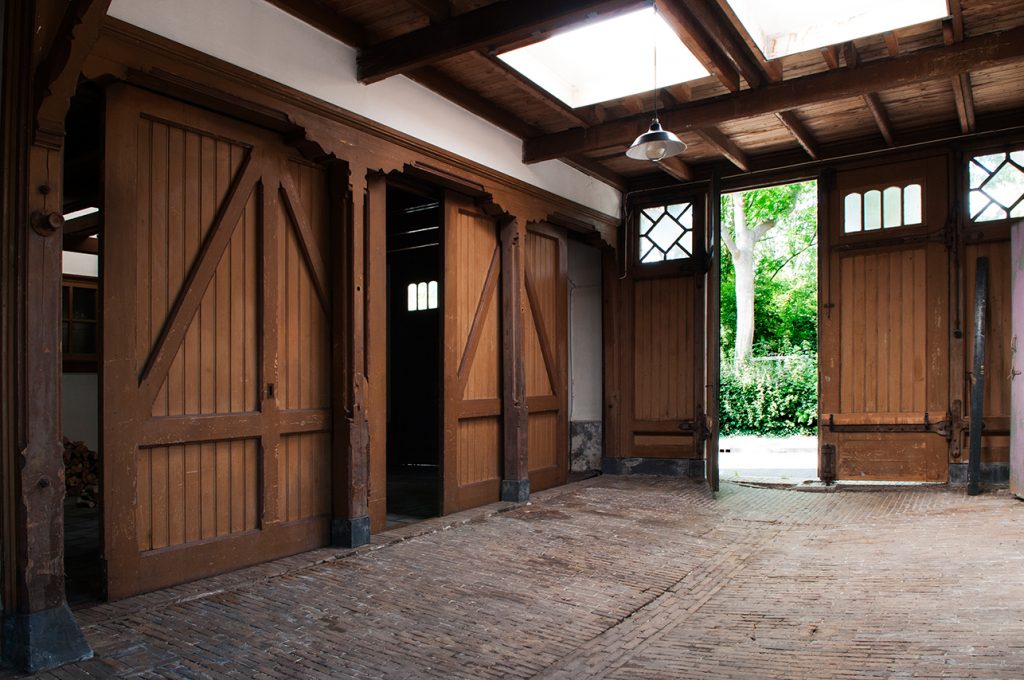 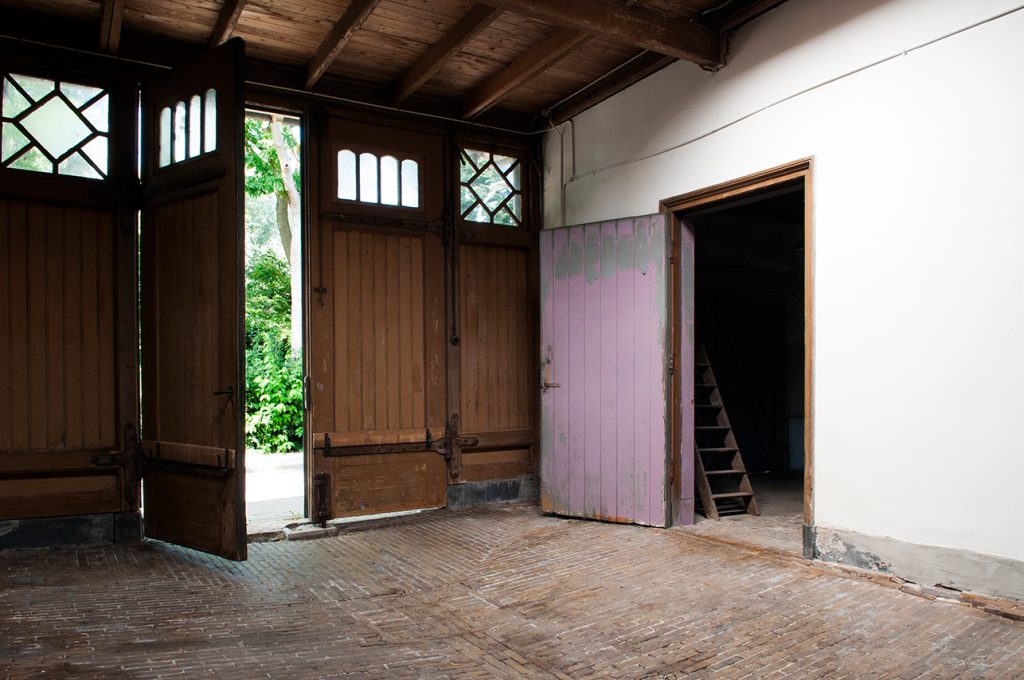 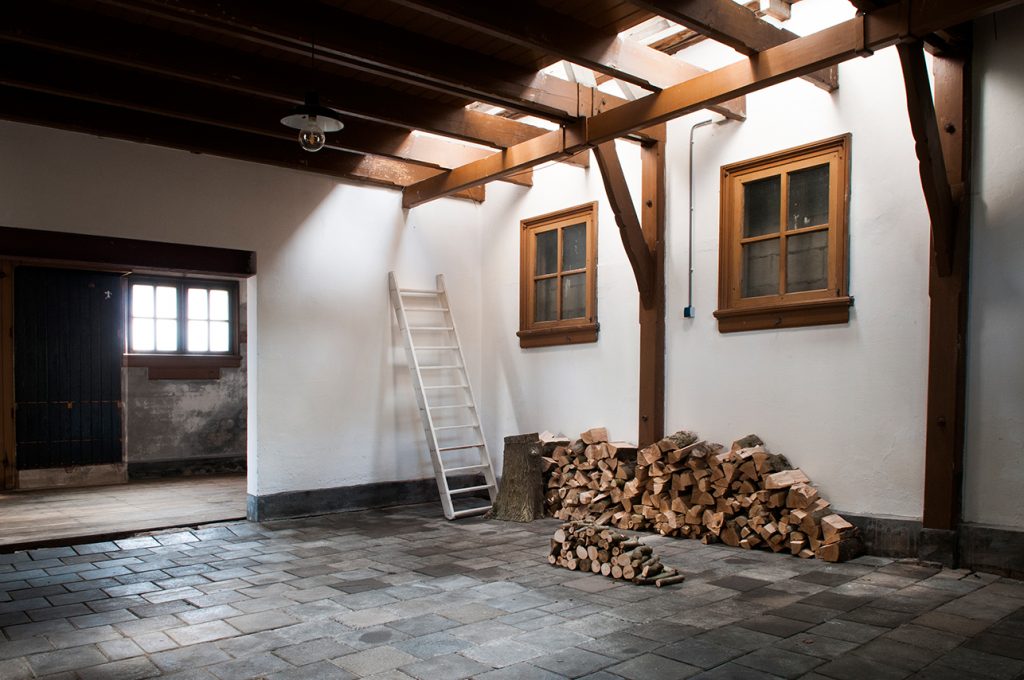 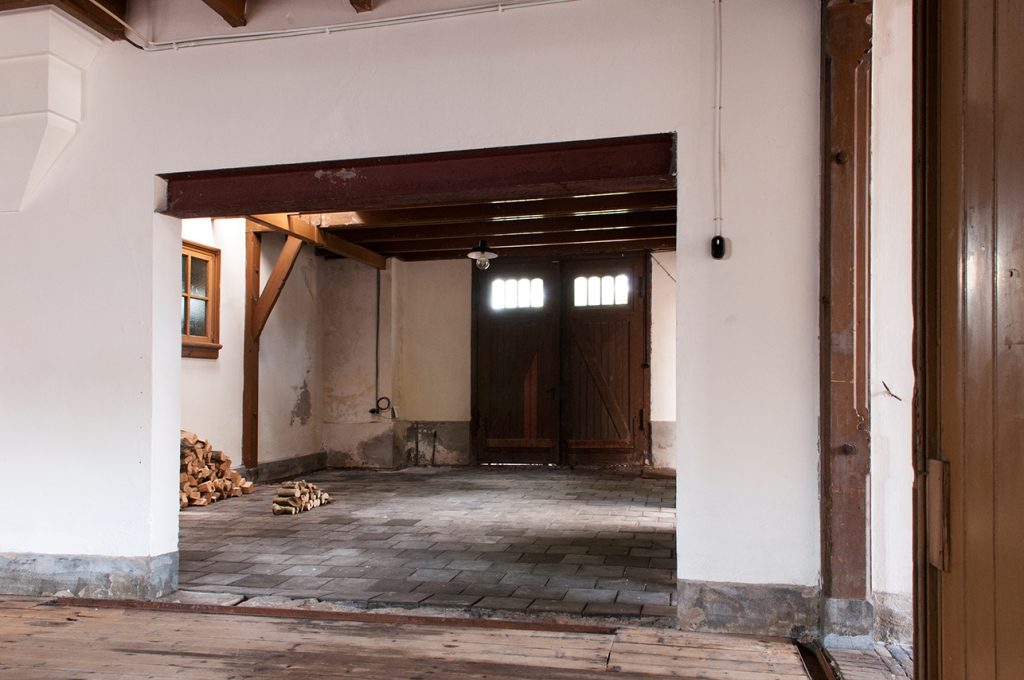 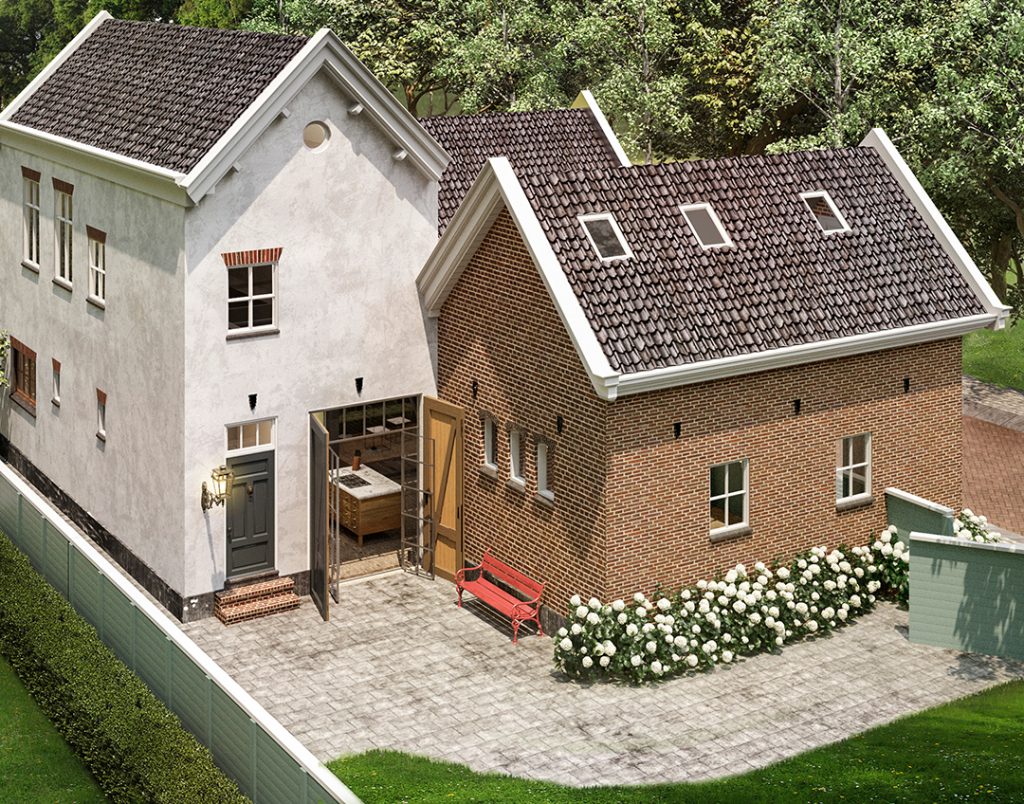 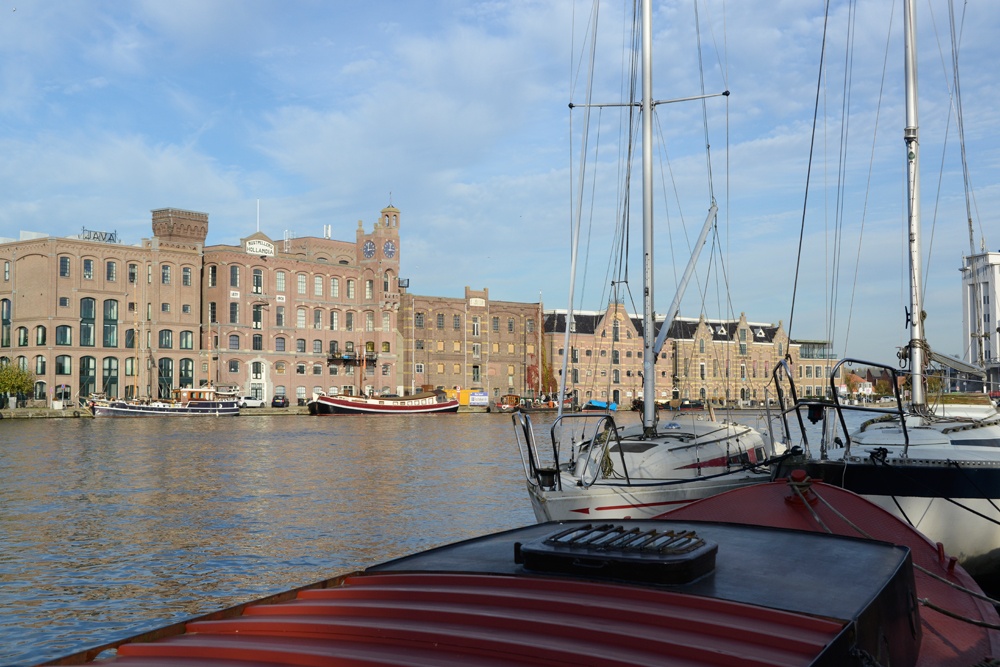 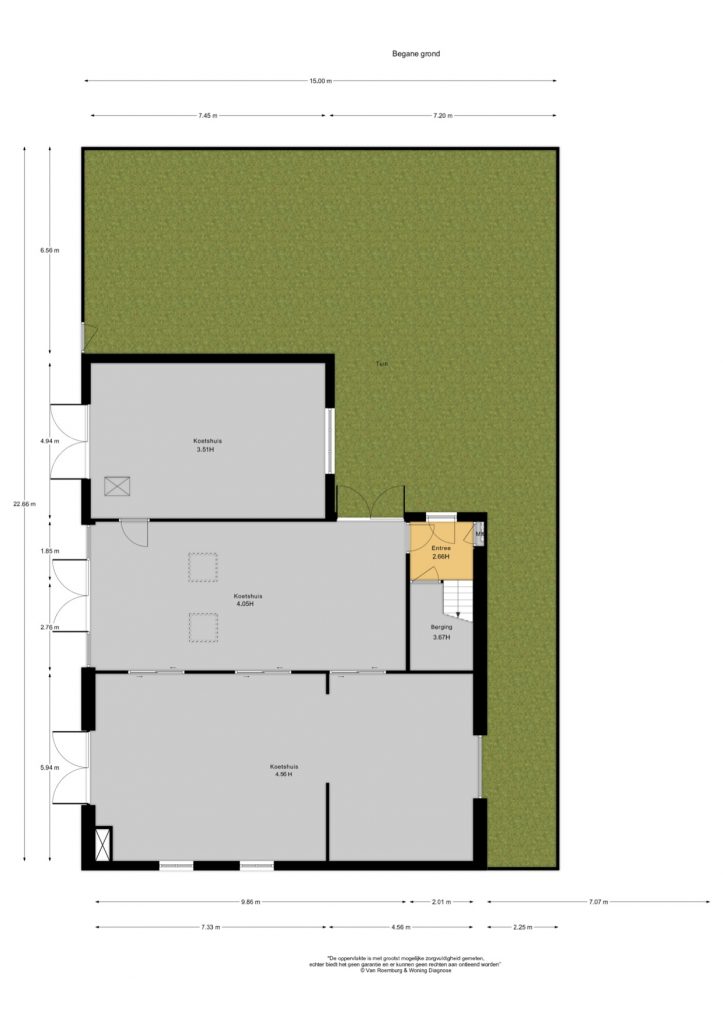 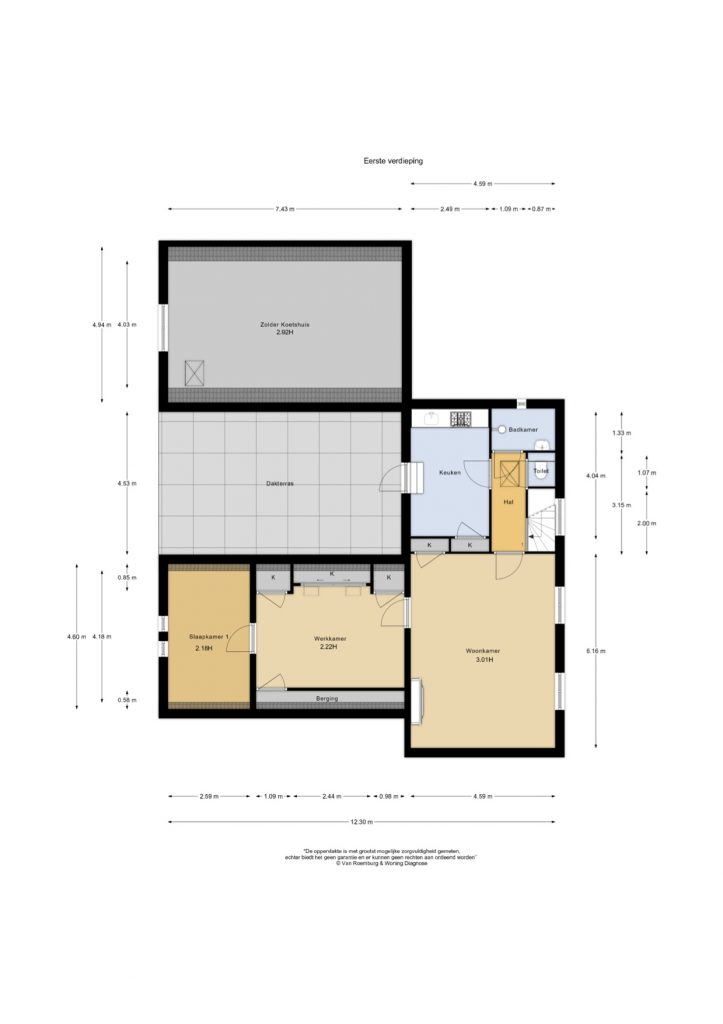 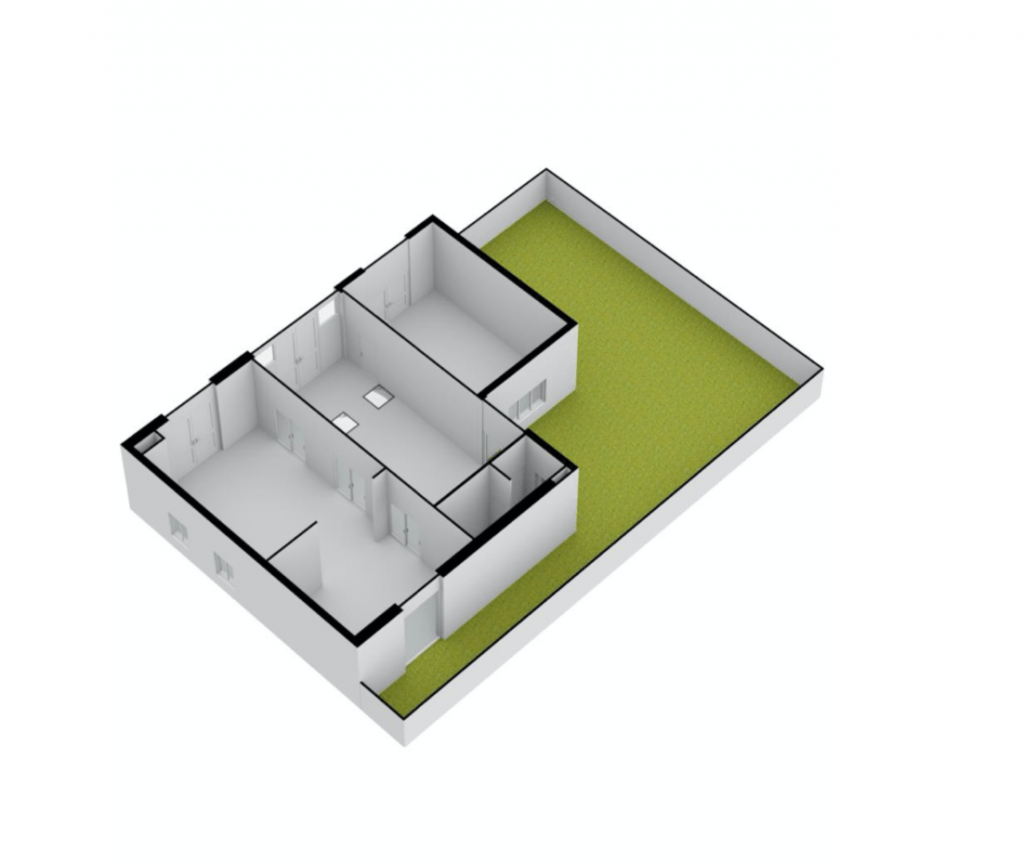 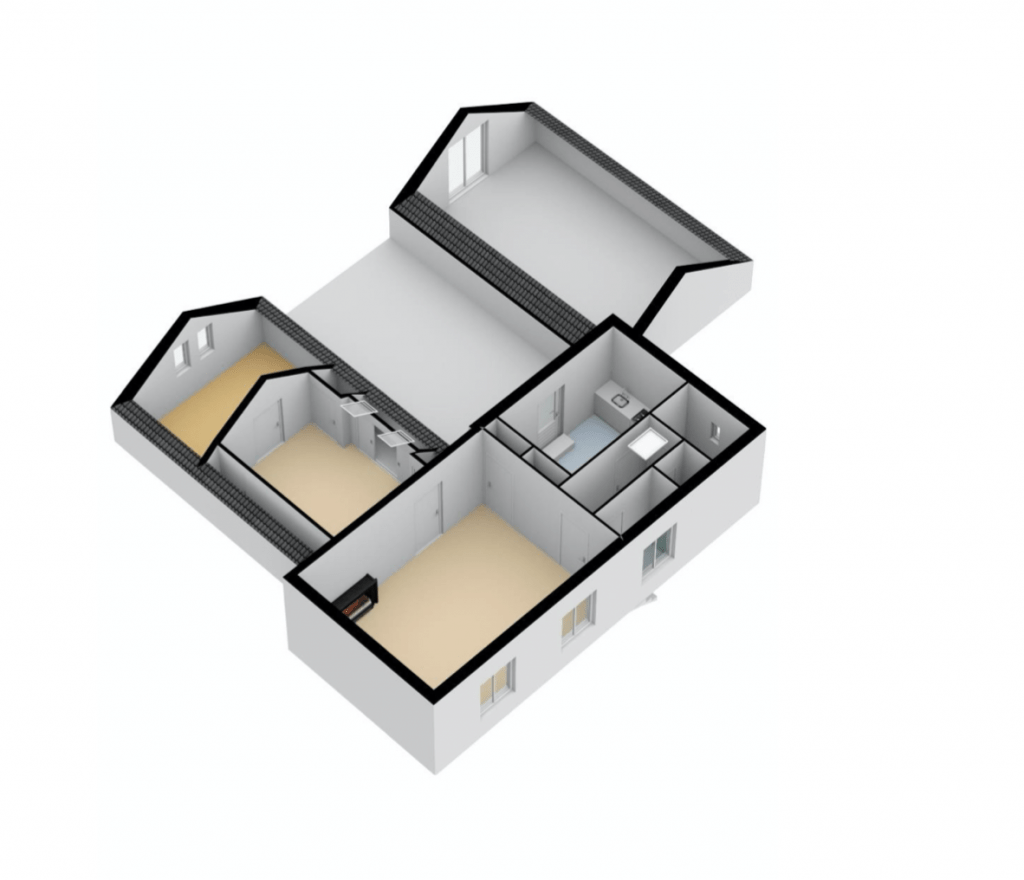 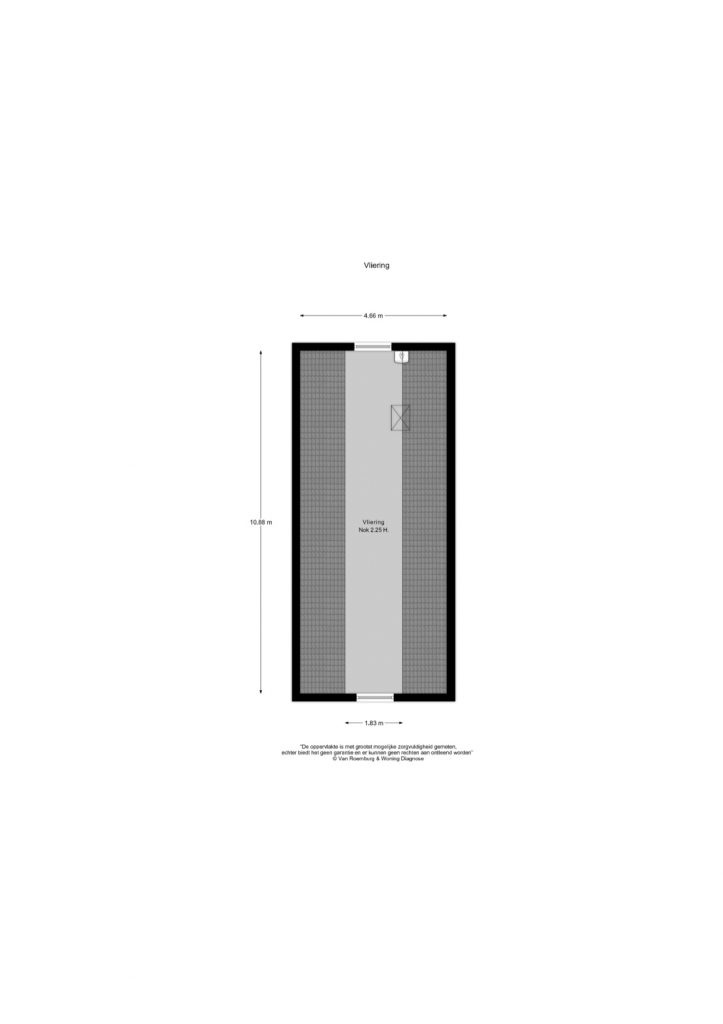 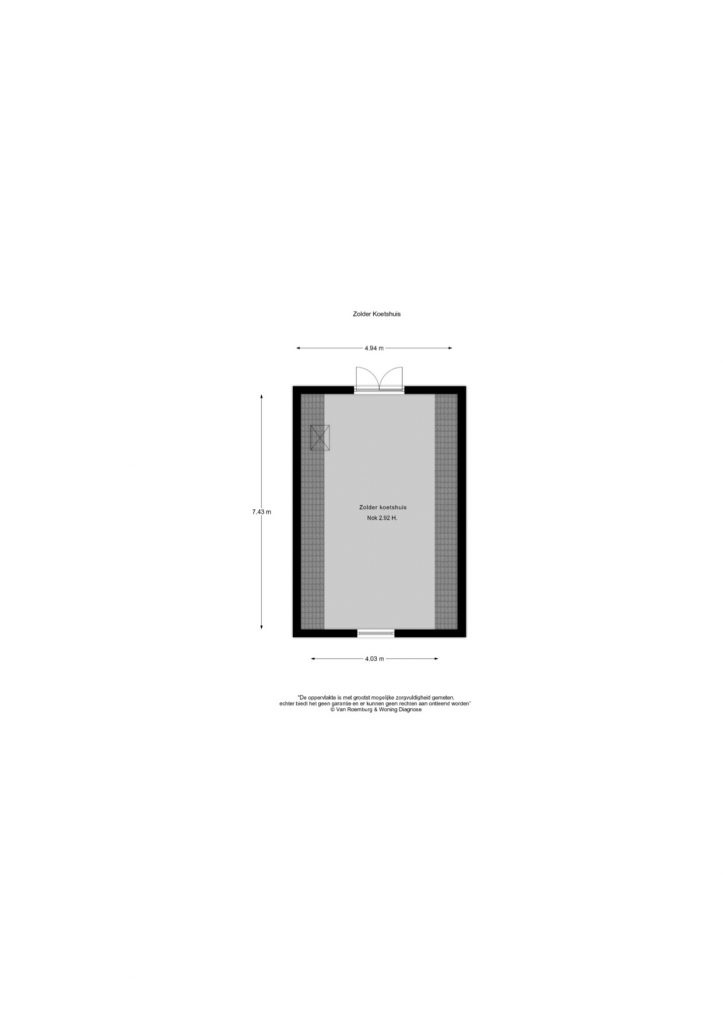 With an eye for detail and love for craftsmanship

Soap manufacturer Dekker must have been a man who had an eye for detail and appreciated craftsmanship. You can see that immediately when standing in front of the central wooden double door of his coach house in the Weverstraat at Wormerveer. A simple access door apparently was not enough. Just look at the beautiful and generous iron forging on the doors. In turn, these doors are flanked by wooden panels with slanted support beams, also skilfully embellished with a decorative profile. And it doesn’t stop there: also the windows on top received the necessary attention from the craftsman. The symmetry shaped rod partitions make the windows into quirky ones. Everything exudes an eye for detail and love for craftsmanship, as it was still practised in the Netherlands at the end of the 19th century.

If you look further, you will see much more fine details and a careful use of materials. The brick-mounted facades are layered in a cross-section. The plinth protrudes slightly over the entire length of the building and is sealed with a layer of bevelled bricks. The arches above the windows and entrance doors in red blended stone provide a subdued colouring. The brick mosaic under the arches gives the facade a certain playfulness. The saddle roof protrudes sharply with a beautiful, profiled frame supported by frivolous ‘bobbins’. There is so much beauty here in small details.

The coach house with horse stable was built on behalf of the company Jan Dekker, owner of the famous soap factory De Adelaar (The Eagle) and housed in one of the most important ‘industrial cathedrals’ along the river Zaan. Adorned with a huge concrete eagle, it is one of the eye catchers of the industrial past of Wormerveer. This manufacturer installed a coachman’s house, next to carriages and horses. The carriages were on the right, the horses got their shelter in the left part of the house.In the Fifties the horses were replaced by cars en the horse stable became a garage. The double garage doors were added in that period.

Inside, the predilection for detailing and material use has continued. Most eye-catching is the pinewood wall construction with profiled beams and braced sliding doors. The doors slide back and forth into a steel profile in the floor. This wall construction allows the future occupant to play with sight lines and to vary in open and closed spaces. In essence, the building consists of three bays (sections) and by playing with the sliding doors there are different space experiences to create.

The tripartite (three bays) structure offers possibilities for varied space use. The former stable in the left bay can be arranged as a separate office-to-house. It has a private entrance and the space has a nice proportion for an independent business or practice area for the residents. The steel spiral staircase leads to the first floor with two children’s bedrooms or guest rooms and a bathroom.

The central bay – the middle part – lends itself well to become a spacious kitchen with a long dining table for a family or friends dinner. The right part, like the left and central part of the building, has its own entrance with pleasant daylight. This is the ideal place for the living room. In the rear part is thought of a spacious master bedroom with an integrated bathroom. The still present and original holders for the rigging and the harness for the horses are given a modern use as towel pendants. A striking example of how historical interior details are used for modern living comfort.

Sitting directly behind, and attached to the coach-house, is the original ‘house’ for the coachman. Currently accessed via a side passage, it has its own dedicated front-door and entrance. This house could either be joined with the whole building, as one property, or kept separate, as a second residence.

This property is full of original elements that are valuable and give the house character: the brick floors with drainage grids in the old horse stable and in the middle bay; the long pine plank floor in the bedroom area and the large natural stone architraves scattered throughout the space that support the wooden styles. Everywhere you look it is visible: attention to detail, love for craftsmanship and understanding of quality. This property deserves to continue this tradition.