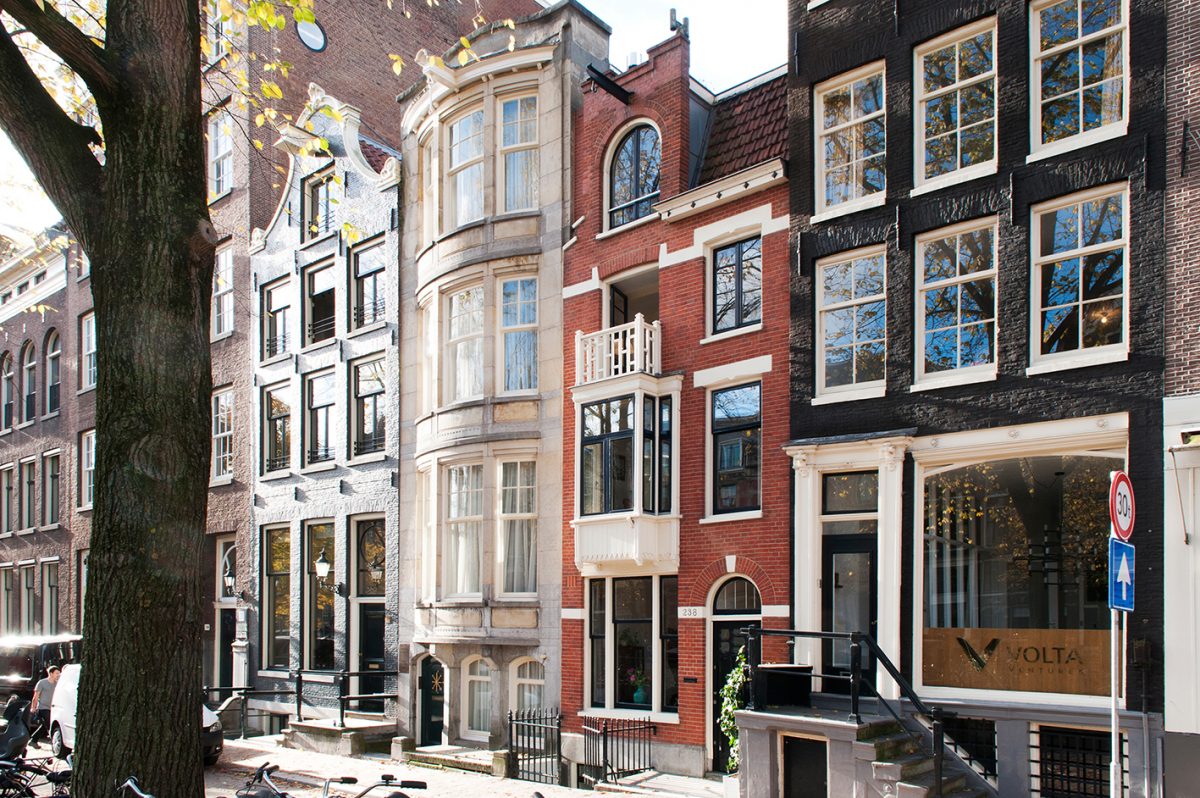 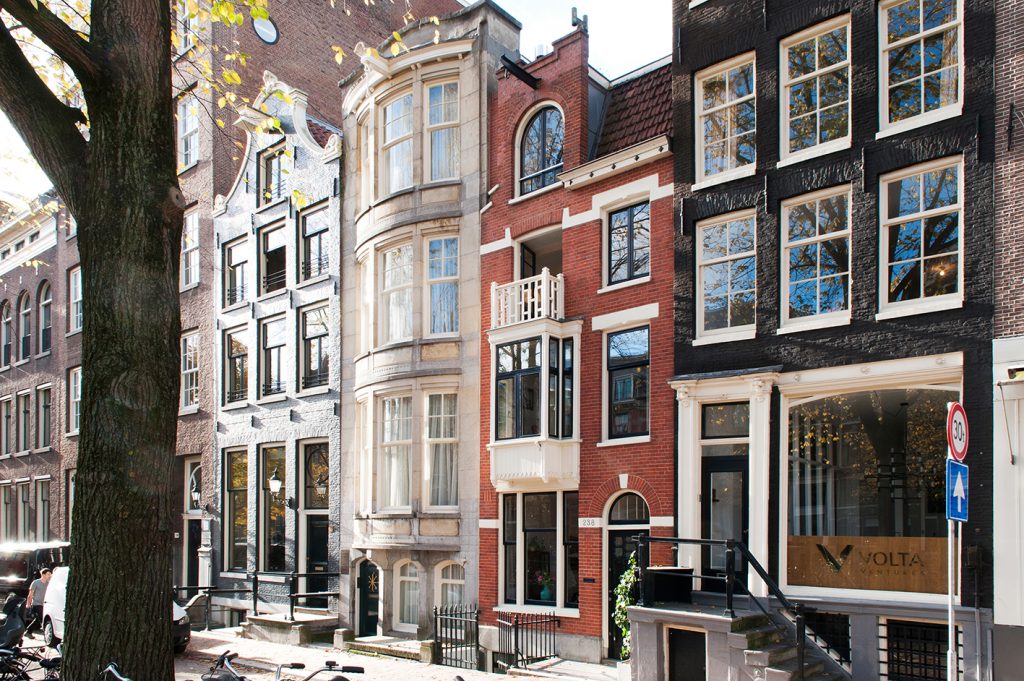 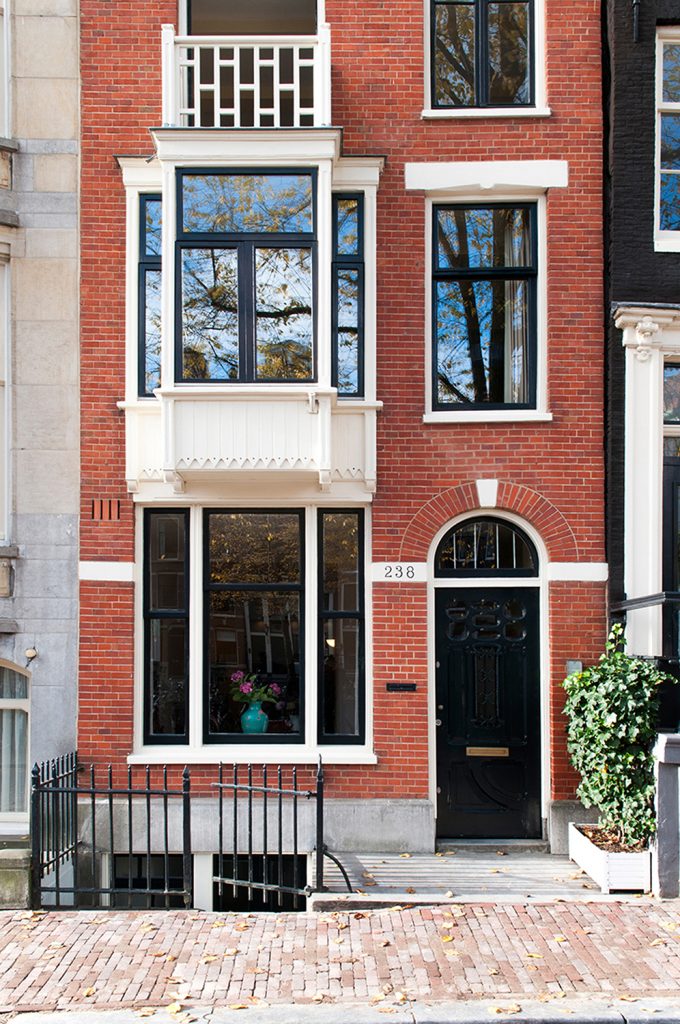 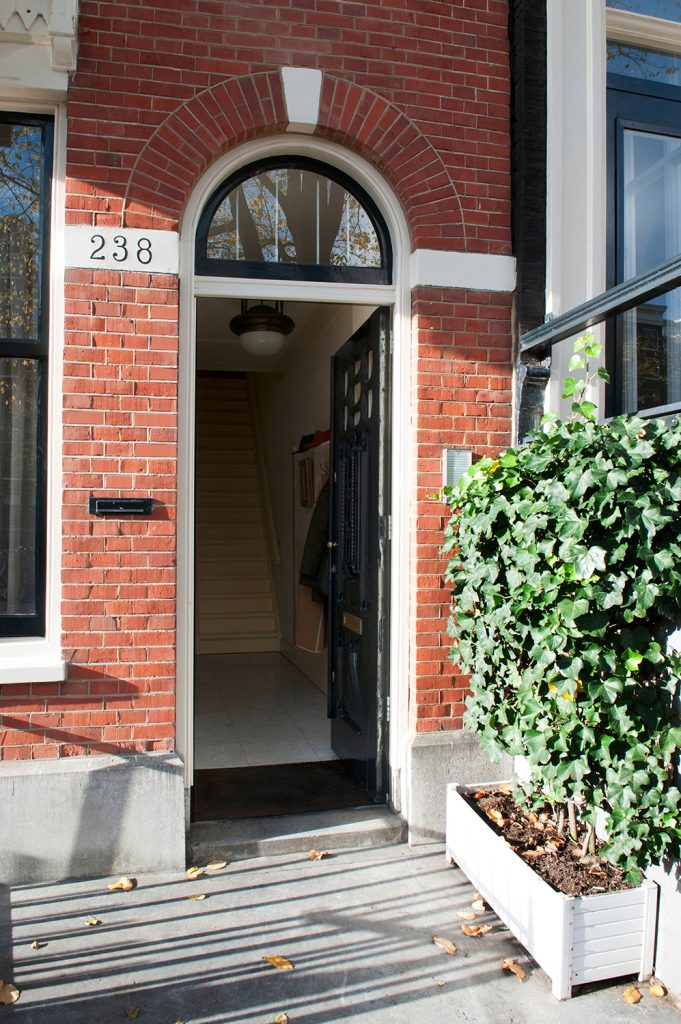 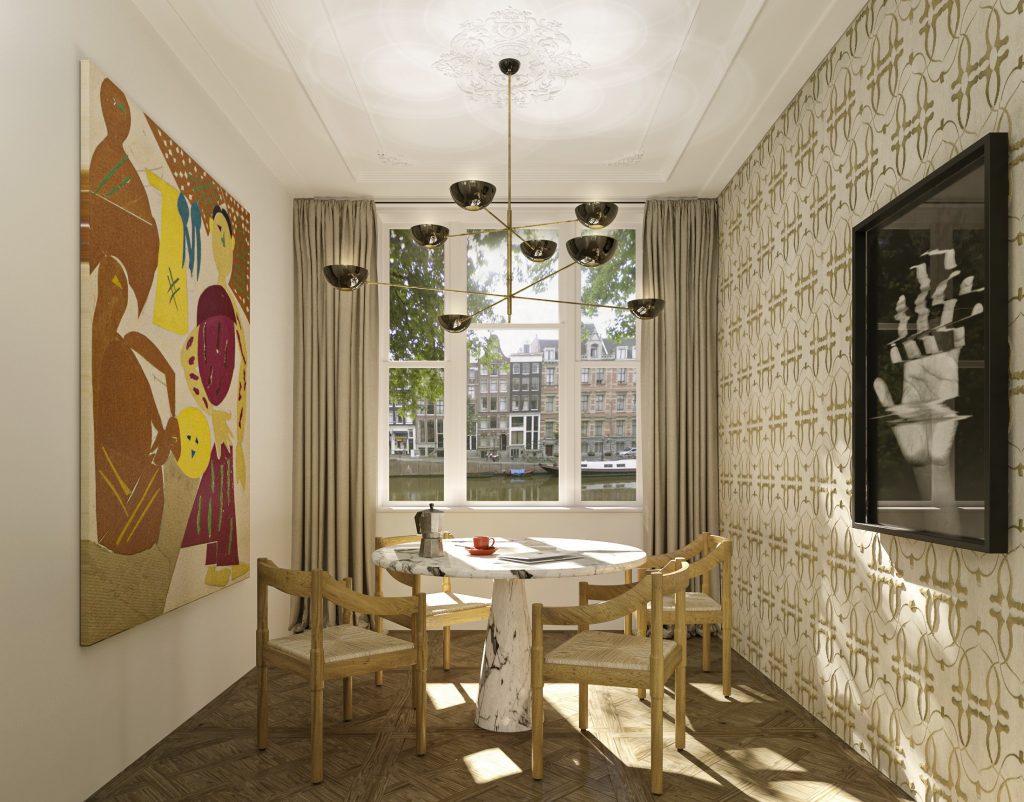 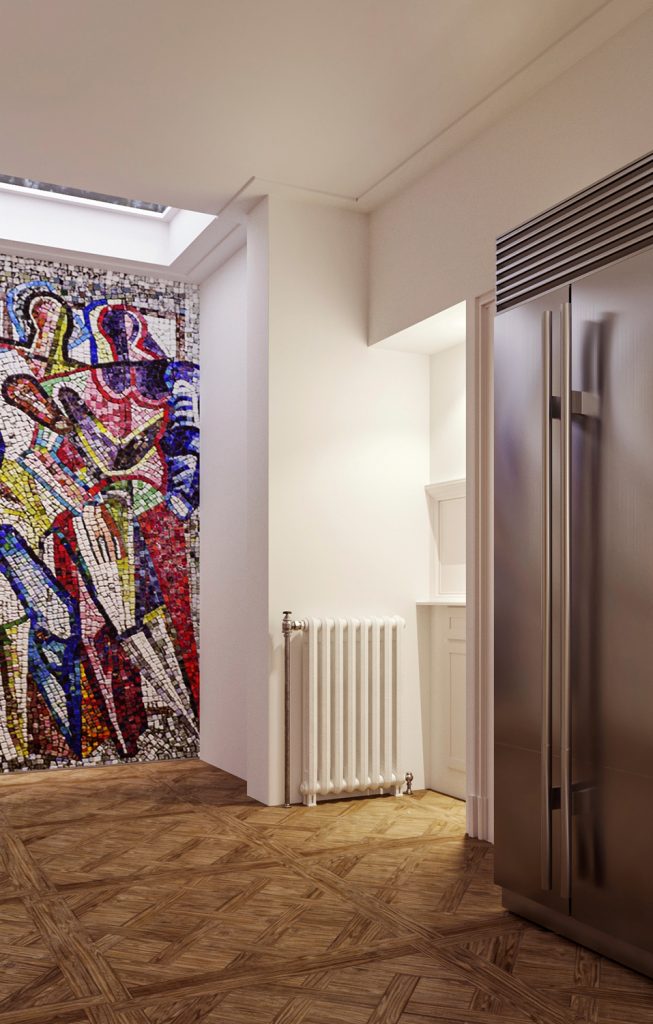 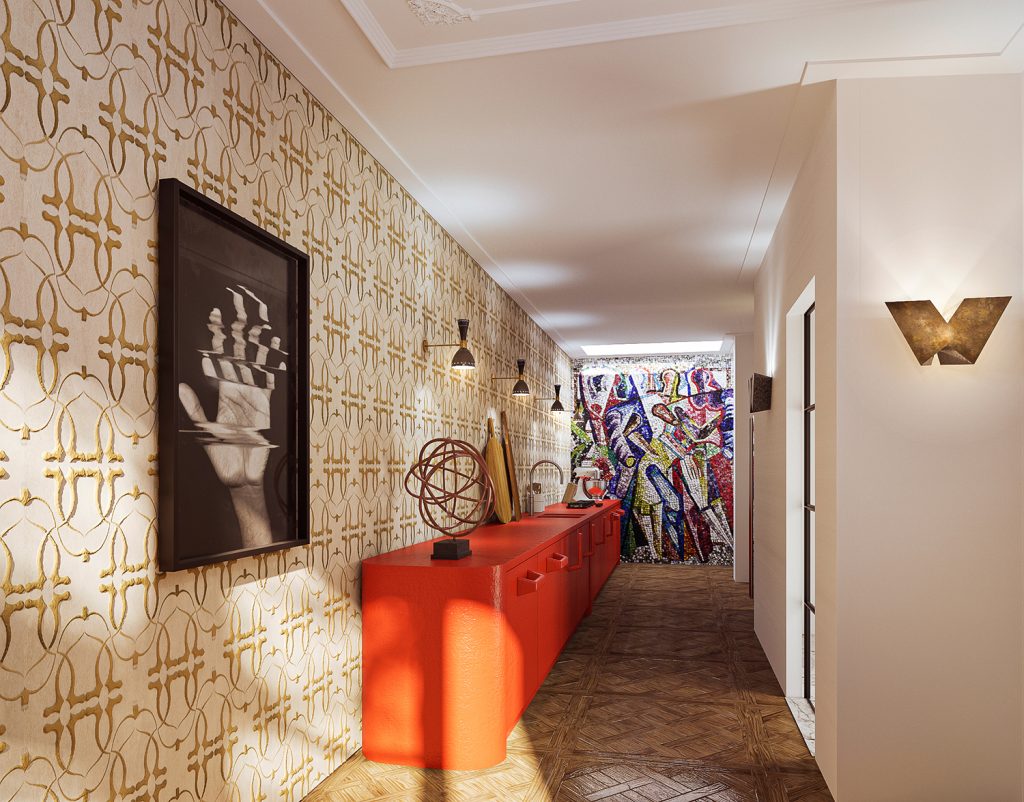 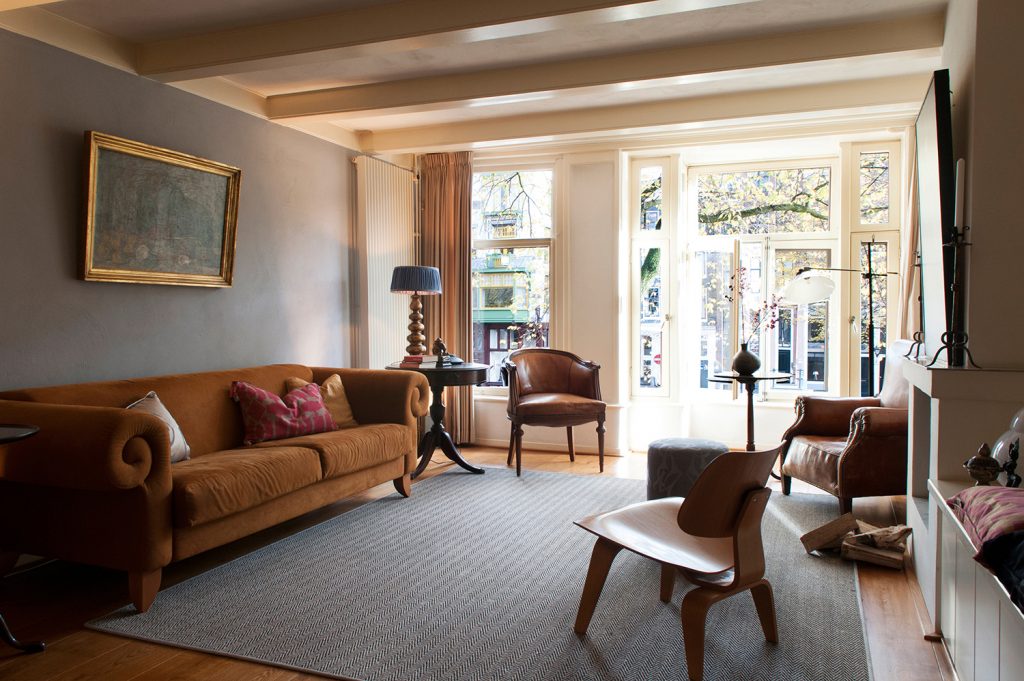 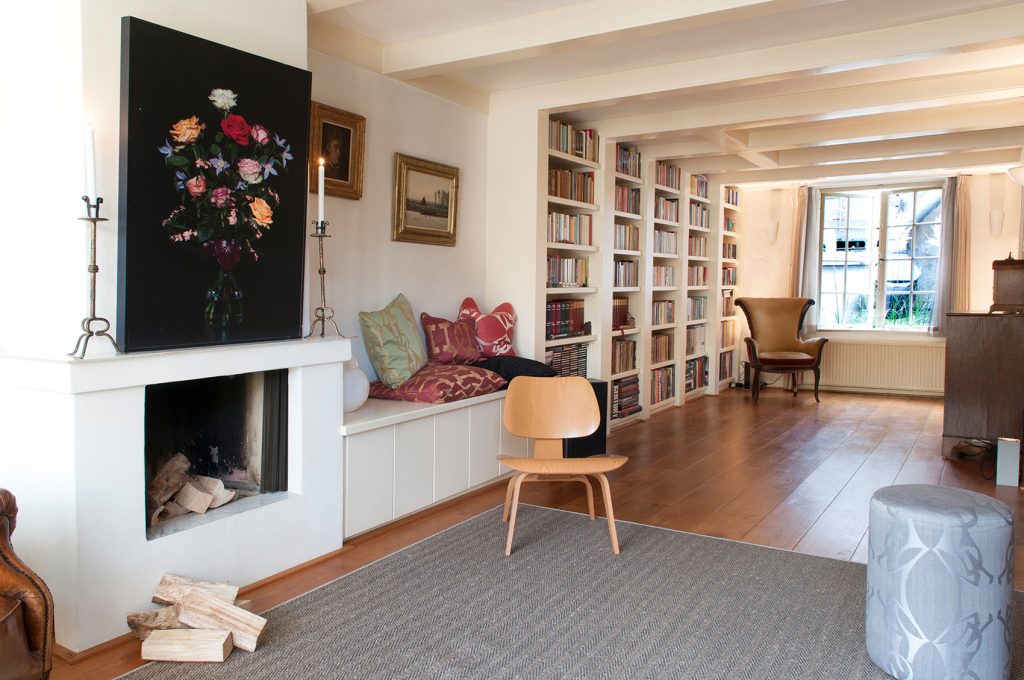 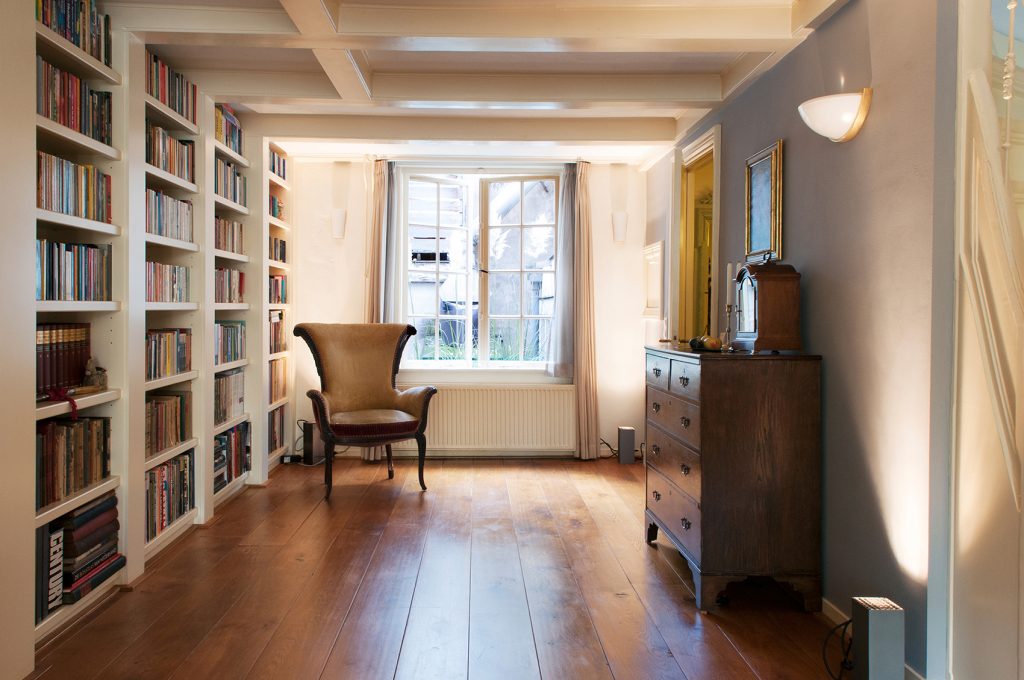 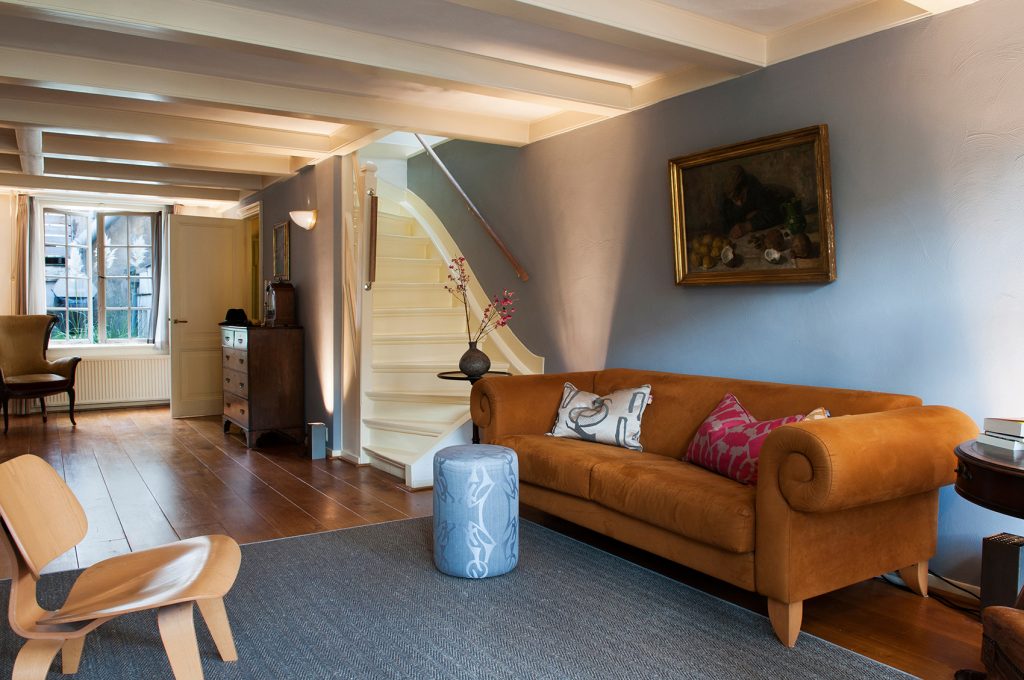 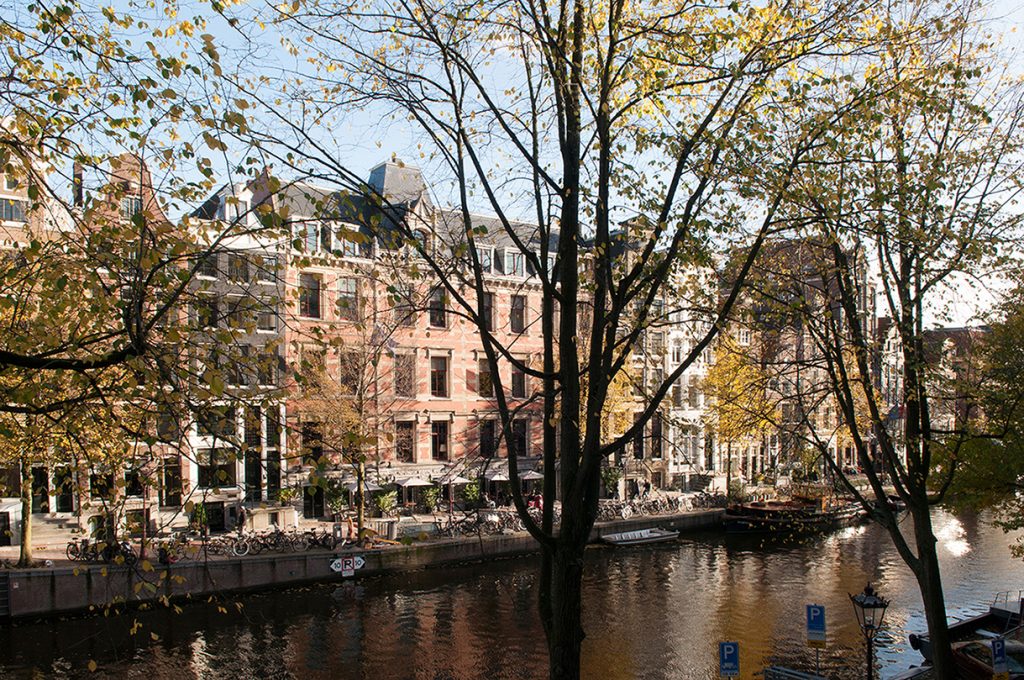 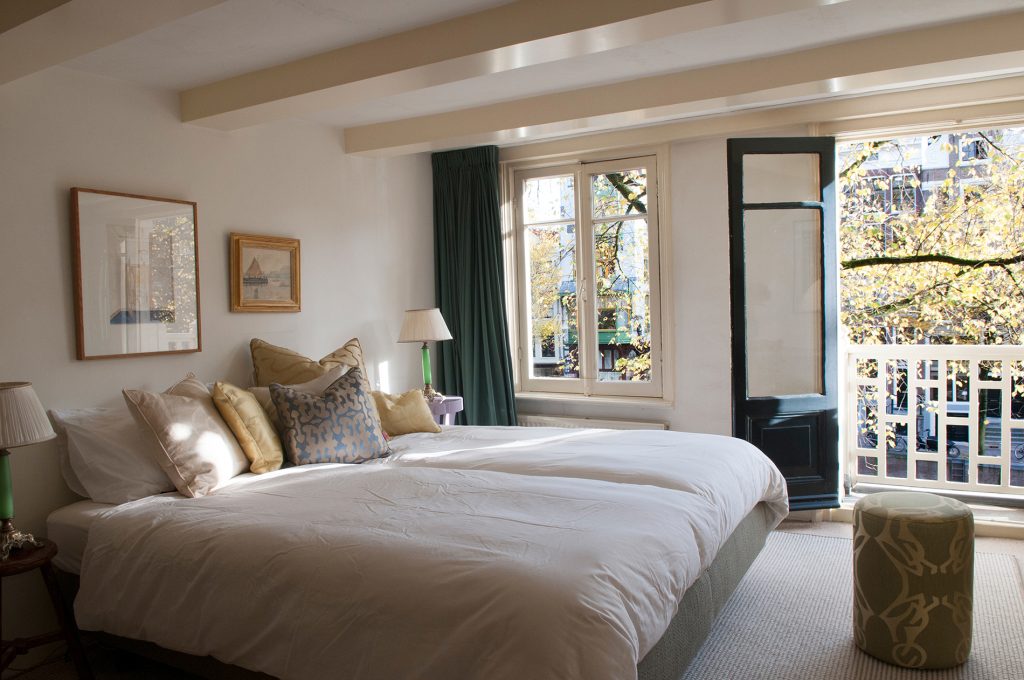 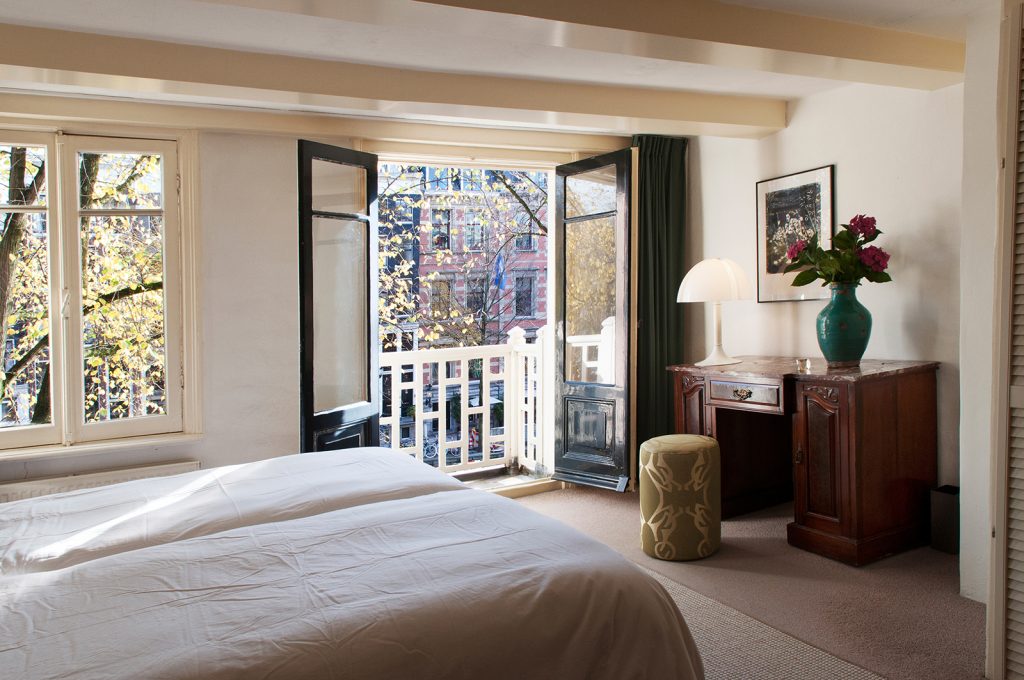 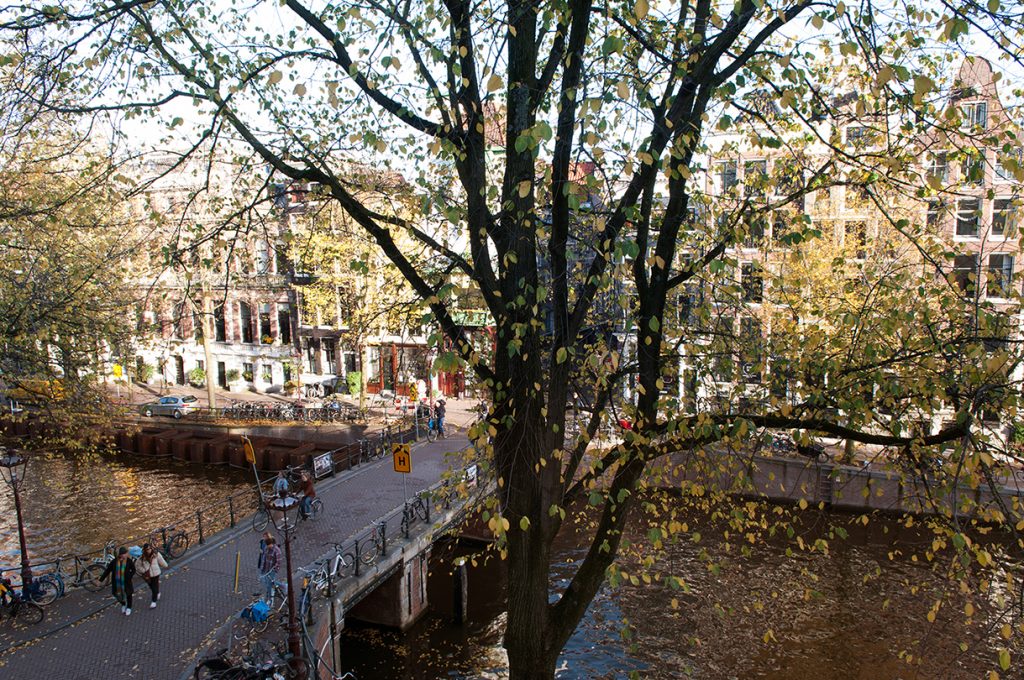 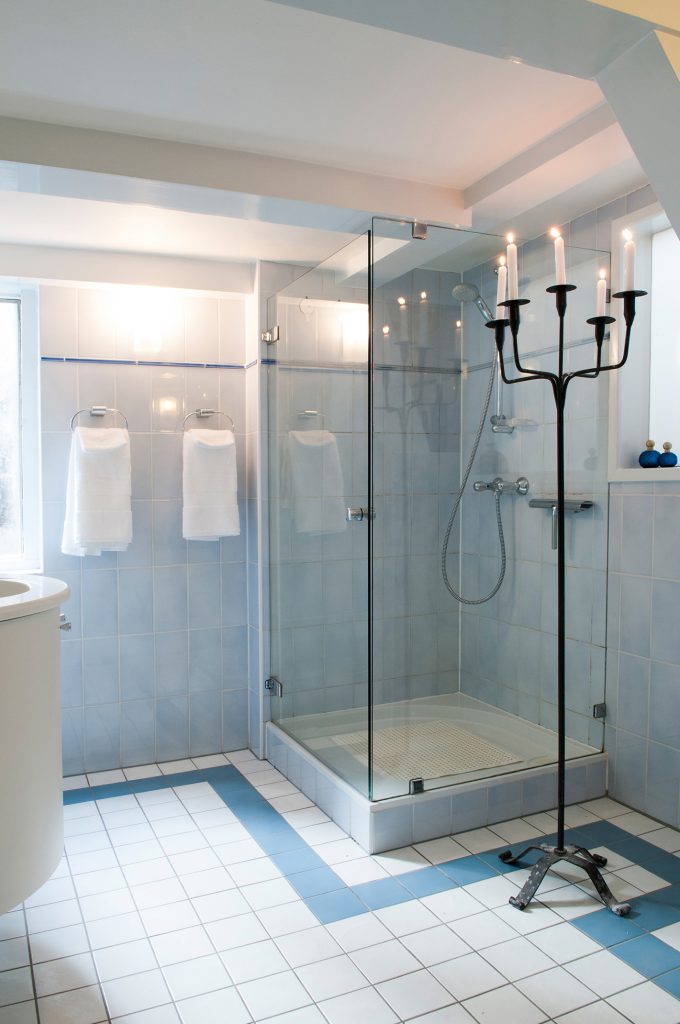 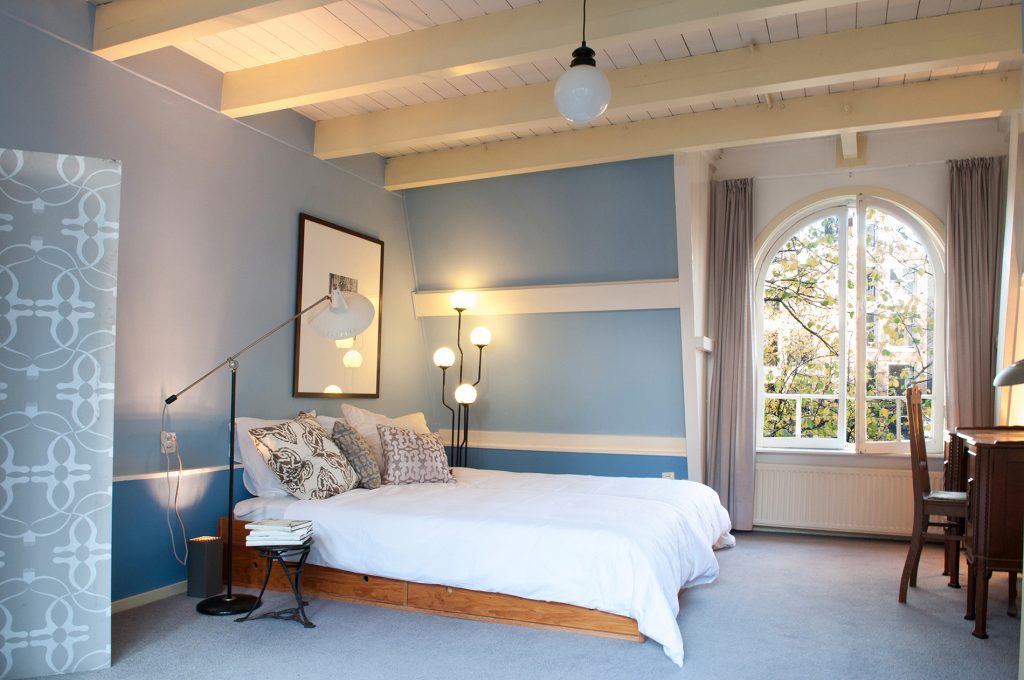 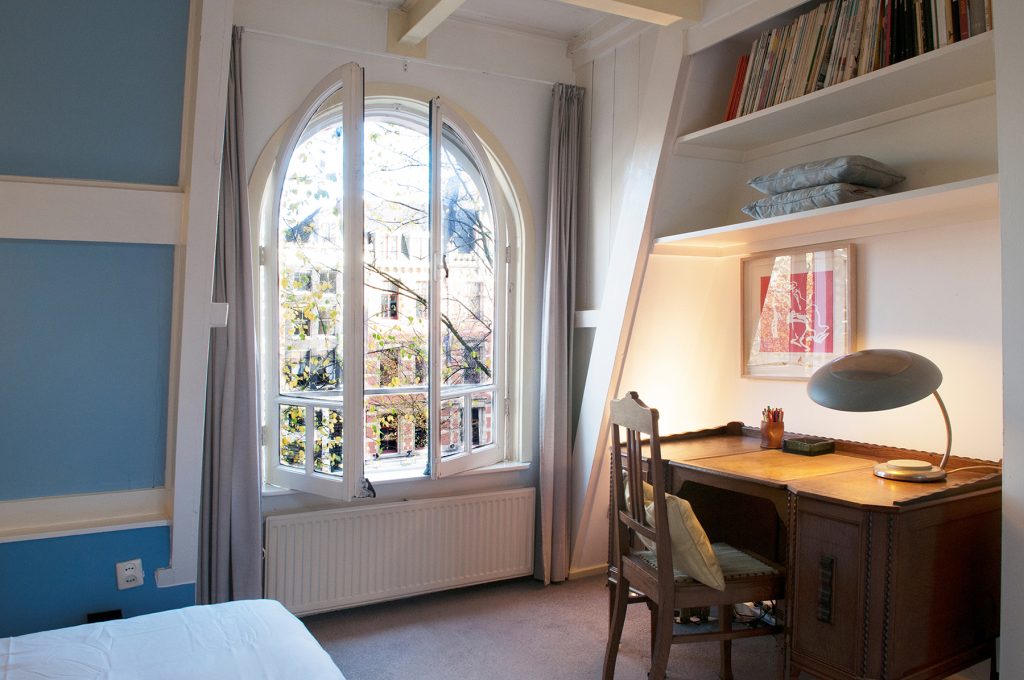 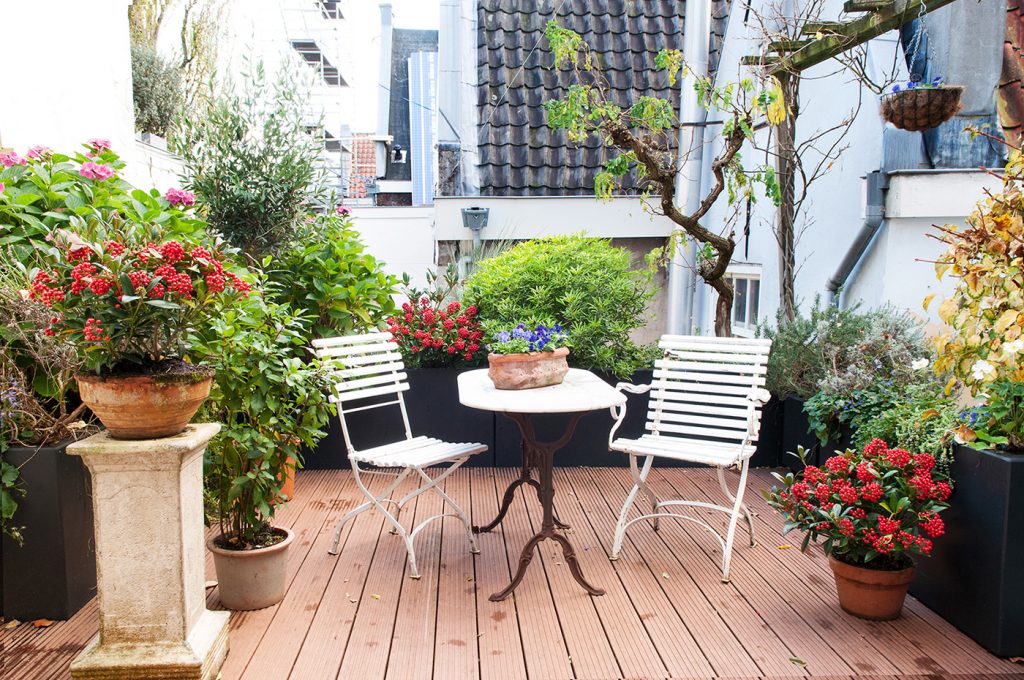 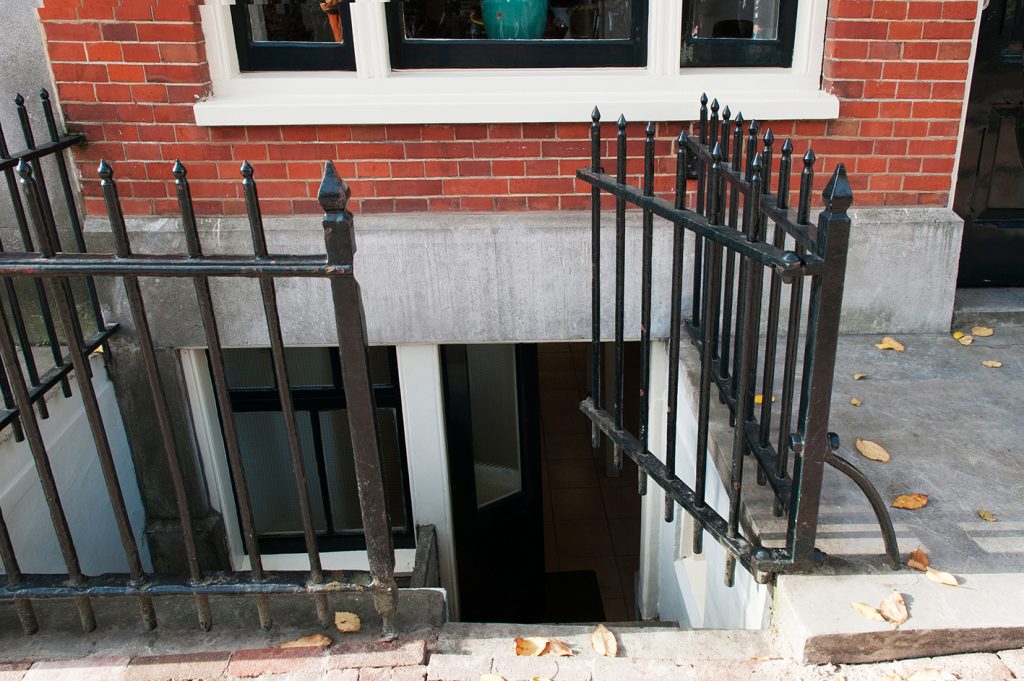 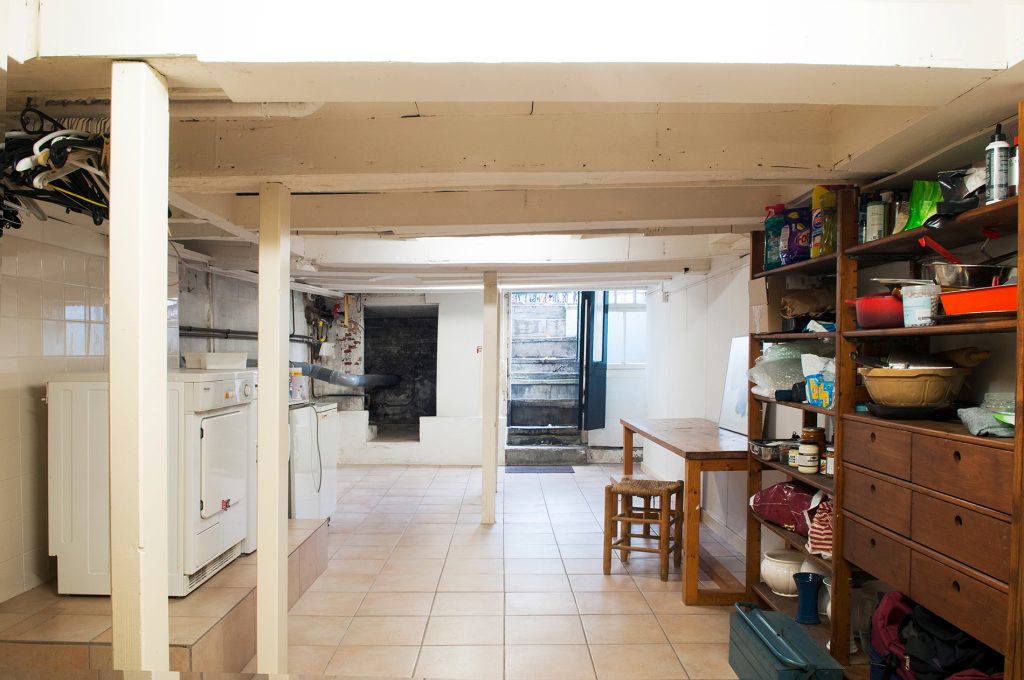 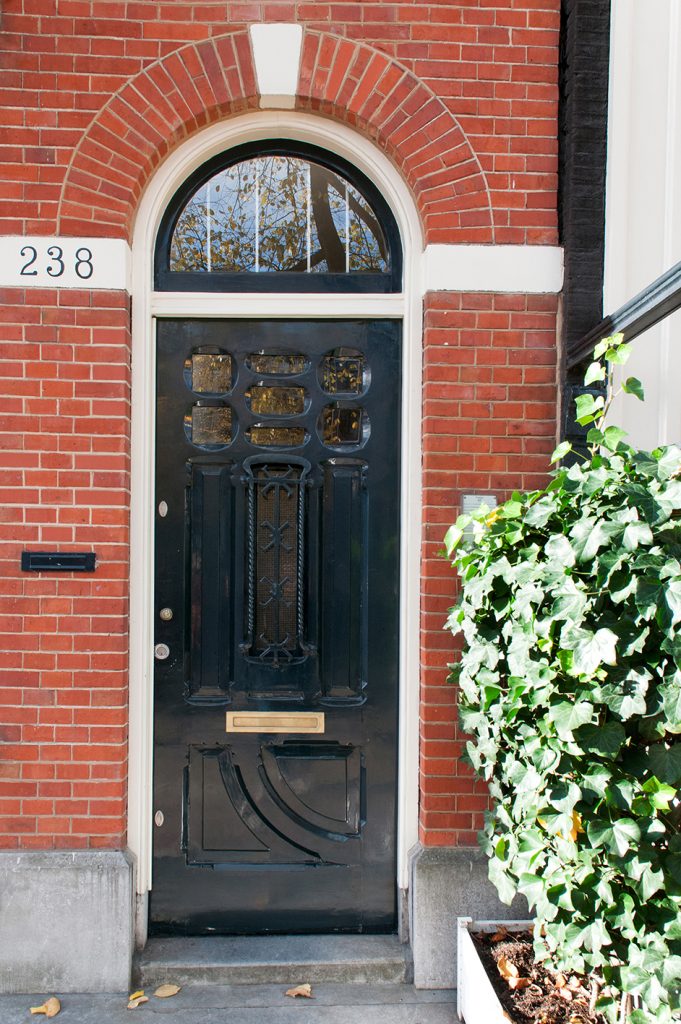 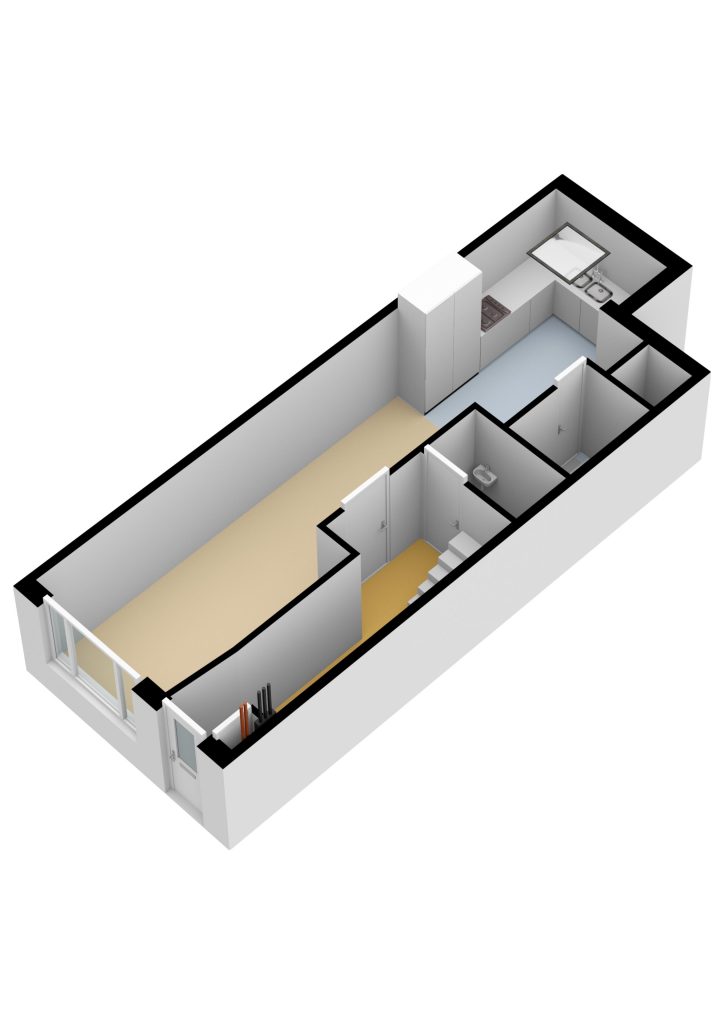 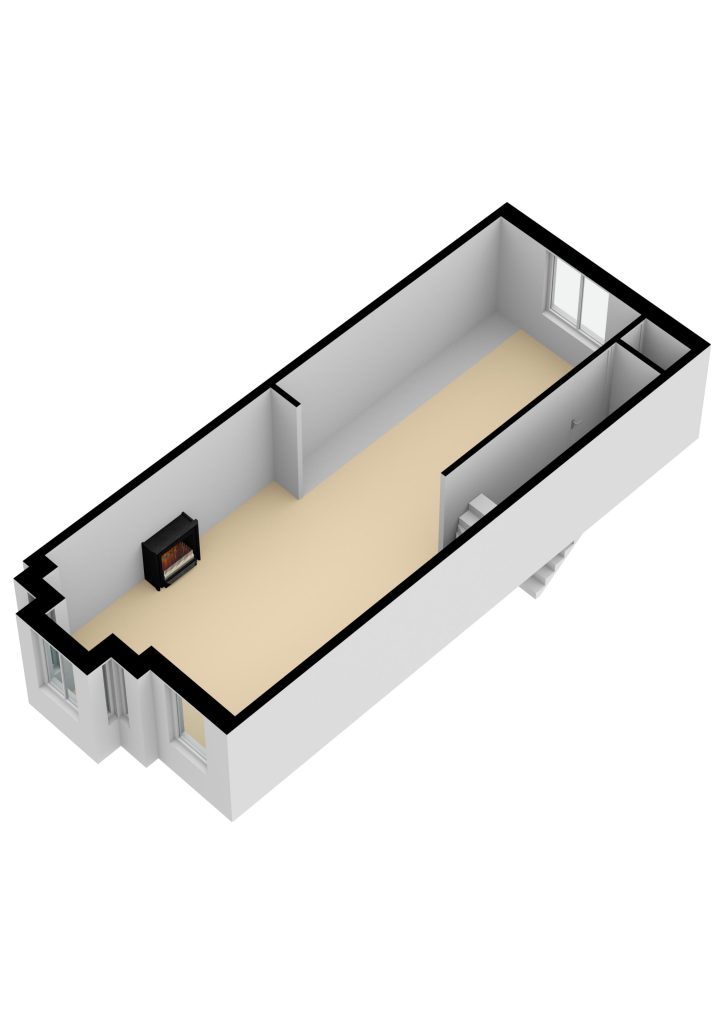 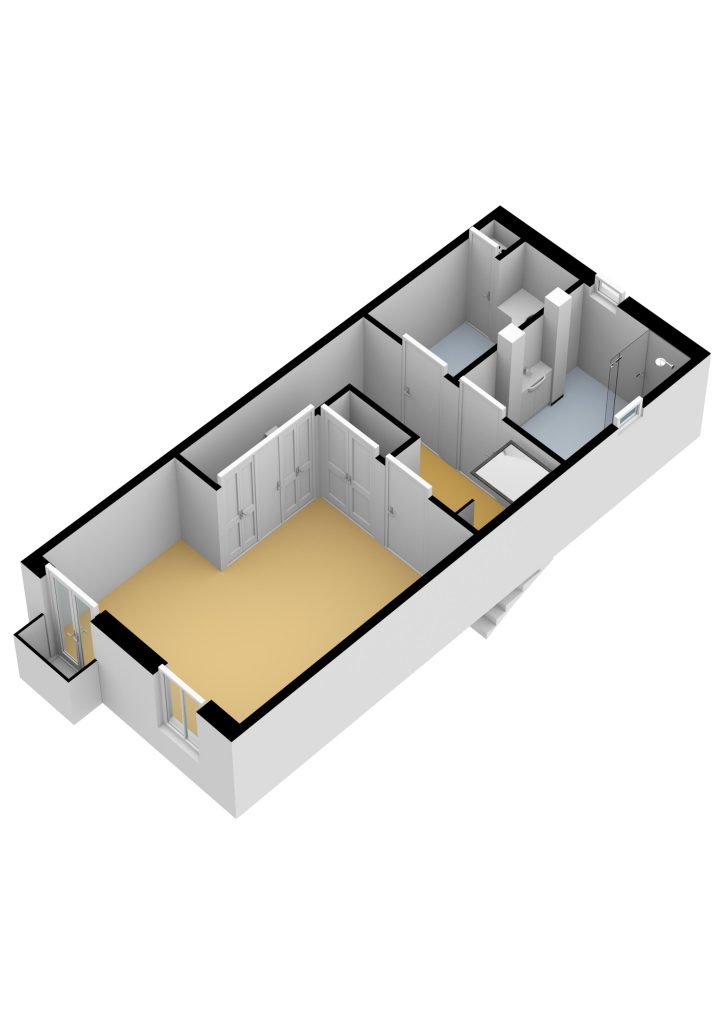 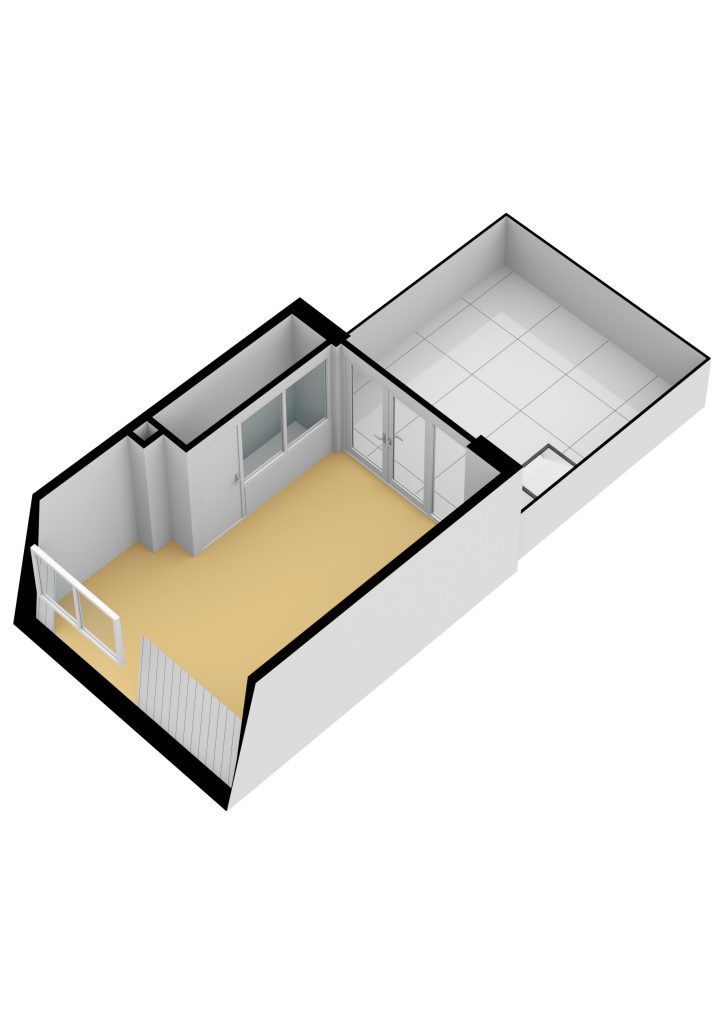 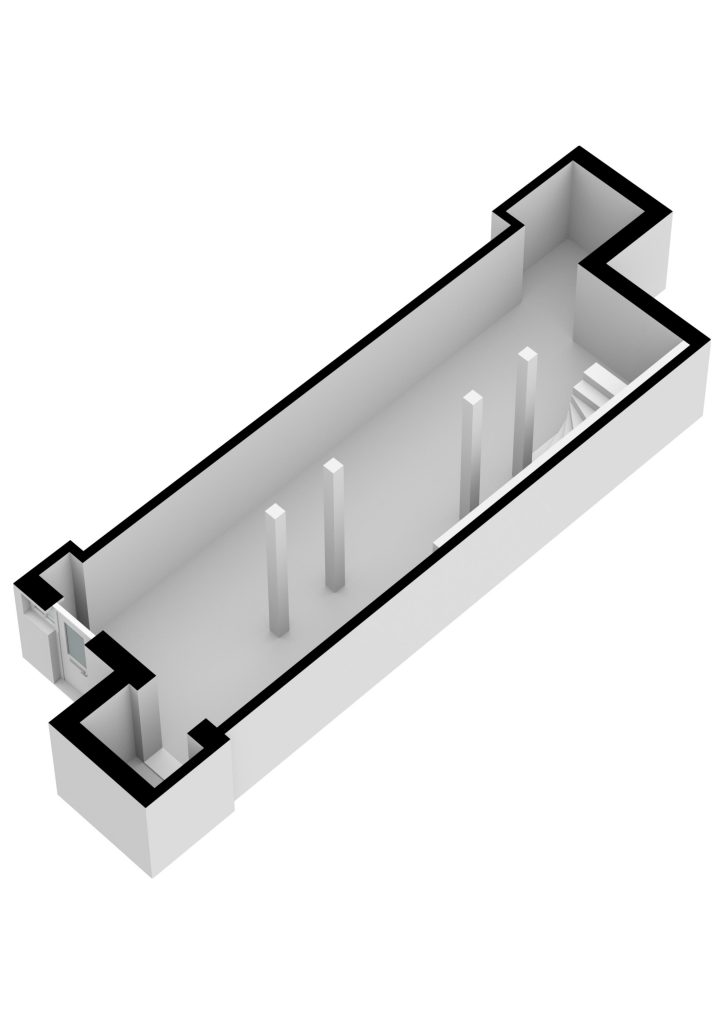 A canalview balcony or a rooftop paradise

At first glance, the property does not stand out in the abutting canal façade of the Herengracht. But if you look closely you will see that this building has both a balcony and a bay-window on the canal side. This is very special; there are very few properties in the canal ring that have an outdoor space on the street and as well as a bay-window with an unprecedented view of the canal. And that’s not all. Also at the rear light comes in on all floors. The highlight is a spacious roof terrace with a breathtaking view of Amsterdam’s rooftop landscape.

When this part of the canal belt was laid out in 1612, it was decided that the yards along the canal were to be used for housing and the yards in the side streets for stores and businesses. The lots in the cross streets were relatively very expensive. This had to do with the building possibilities: unlike the canal-side lots, the entire lot could be built on but the maximum building height was limited. The plots along the canal were much larger but only part of them could be built on; the rest was reserved for gardens. Living along the canal cost money and the stores in the side streets brought in money, was the idea. Because of their location, the corner yards, such as the one on which Herengracht 238 was built, were highly suitable for commercial functions and were even more expensive per square metre than the yards along the streets and canals[1]. That there are windows in the rear façade at Herengracht 238 is special for the shallow houses on the corner of the building block. It is also an advantage that the entire property is one residential building, no upstairs or downstairs neighbors and no home-owners association, or in the Netherlands, the VvE.

The original 17th-century building with stepped gable can be seen on the drawing by Caspar Philips. It formed a twin with nr 240, both built around 1620, for the owner the blacksmith P.T. Pendavingh by carpenter H.P. Mijnarends. In 1902 the house was largely renovated and provided with a new façade in Art Nouveau style, but in the basement some details of the old house are still legible. The building plans from 1902 have been preserved. The now photogenic front door best shows the style and form of its day, being Art Nouveau. Constructively speaking, this door is a panel door. The special feature is not in the panels but in the finish of the styles and sills where the curved “bracing-style” of the lower panel stands out the most. The machining of the top and bottom edges of the long center panels is indicative of this era, as are the bevels of the glass panels, reminiscent of 16th-century decoration[2].

In the hallway, as it should be, there are white marble tiles. The current tiles were installed in 1996, but old photos, in possession of the current owners, already show marble tiles. These also show the old staircase with a quarter to the first floor and the special detail of a pilaster of marble slab with cornice and base in the plinth. That pilaster is still present and forms together with the closed doorway to the anteroom and adjacent WC. On the ground-floor is the front room with a simply decorated stucco ceiling and the kitchen in the rear extension. A skylight provides daylight in the kitchen. From the kitchen, the current residents installed a service elevator to the upstairs sitting room. It is possible that the joists and flue here are still elements of the 17th century house, but these are currently hidden behind paneling. The straight flight staircase to the first floor, installed in 1996, is easily walkable. From the bay-window, next to the open-fire, the view from this floor along the length of the canal is breathtaking. The tree facing north-east in relation to the house provides a lot of atmosphere but does not take away any sun from the house. At the rear, this floor is also lit with natural light through a rod window. A two-quarter open staircase leads to the next floor, and the old staircase pillars are a special detail as you walk up.

The staircase is even lit with natural light from a skylight; in this house, light comes from all directions. The second-floor now houses a pantry kitchen, the bathroom and a large front bedroom, which offers access to the balcony. And from the balcony, again a fantastic view over the canal and the façades of the other side of the Herengracht where there lies a few additional architectural gems to admire daily. The window arrangement in the French doors and the window are designed so that you always have a clear view when standing or sitting and that is not obstructed by a rod. In those days it was possible to make larger panes of glass. A sticking staircase at the rear gives access to the roof floor. This is clearly a new addition in the 1902 remodel, with slimmer beams and a wooden boarding between the beams of the flat roof. Again, unobstructed views out of the arched-window. Together with the sloping roof on the front façade, this gives the room a special character. This is reinforced by the spacious and comfortable roof terrace adjacent to this room. This is surely an oasis in the centre of the city! Total tranquility in green surroundings by the flower pots on this terrace overlooking the trees in the courtyard and the unsurpassed roof landscape of Amsterdam. No city noise here, you only hear the birds. How many outdoor spaces can a building on the canal have?

When we descend to the ground-floor again, here you will find the access to the basement from the kitchen. And what an unexpected space! At the moment it is a functional space with a new tiled floor. But look at the beams: in a number of them remnants can still be seen of a typical seventeenth-century beam profiling.  And a rounded notch for walking under the beam. Together with the famous Dutch white tiles, or ‘Witjes, which according to information from the current owner are also built with tiles, these are all elements that refer to the old seventeenth-century house. In the extension under the kitchen, during the renovation in 1996, parts of the old rainwater drainage system were found, which was used indoors to drain the rear roof via a gutter into the canal. This is unique in Amsterdam: there are basically no rainwater drains visible on the façade. Just look at that when you step through the French doors of the basement back out onto the canal. And also look back at the beautiful façade of this Municipal Monument. The combination of warm red bricks with white soapstone bands, the simply decorated white woodwork with green-painted windows and the beautiful matte black and white checker-board tiles visible in the asymmetrical façade with its tower front is clearly different, but at the same time blends seamlessly into its surroundings.

Jugendstil or Art Nouveau was an international style that developed throughout Europe around 1900 in architecture and the decorative arts. Around 1890, young designers and somewhat later architects felt that enough was enough with the reuse of historical (neo) styles. This Jugendstil primarily reflected a contemporary sense of life, it had no message or underlying philosophy. The organic power of the plant served as a starting point.

How appropriate is this style for this house with its many outdoor spaces from which both the greenery of the canal and the greenery of the courtyards can be so easily experienced? While living in the middle of the city, on the canal belt, in the center of the area designated as a World Heritage Site by UNESCO. But also around the corner the Hartenstraat, one of the famous 9 streets, where many stores, cafes, coffee bars and restaurants are located.